With its data analytics platform, Briter Bridges wants to deepen the knowledge infrastructure for African tech 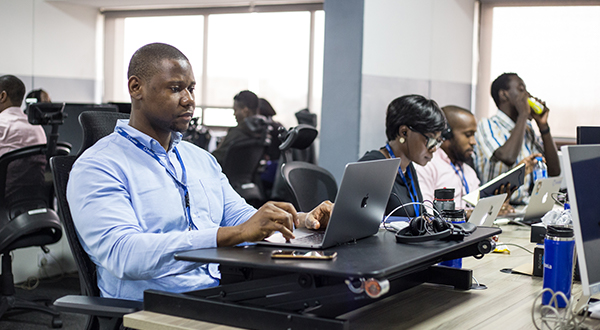 Briter Bridges has launched a data platform ‘Briter Intelligence’ as a resource for visual, granular and current data on startup activities in African tech.

The research consultancy has been building a reputation for creating broad-based maps on African startups since October 2018.

Briter’s sector maps and periodic reports on startup funding provide a measure of the magnitude and direction of impact in Africa’s tech ecosystem. An example is a report which revealed that women-led startups have had access to only 3.2% of total funding raised by African startups in Q1 2020.

Most of their maps and reports are on their website and distributed on Twitter for free. With ‘Briter Intelligence’ however, the company aims to provide a steady base of data that will be updated regularly.

Access to the juicier parts – including unlimited access to company profiles – will be subject to a paid subscription.

As part of a mission to spotlight innovation in underserved markets, the company intends to cover activity in the Middle East and South Asia, providing useful references for comparative inter-ecosystem analysis.

But the potential in Africa’s 1.2 billion people market is the primary focus of Briter Intelligence’s visual library.

Relative to North America and Europe, Africa’s tech ecosystem is still nascent. There are nearly not as many public companies, unicorns or million-customer startups in the Lagos-Nairobi-Johannesburg-Cairo quartet of cities that consume much of startup investment into Africa.

In fact, the infrastructure needed for a tech boom is only beginning to be put in place in these cities. As a result, there is little historical data on past performance to guide present activity.

Yet, would-be investors into African tech want to know the diverse opportunities available. Founders need to understand the competitive landscape. And policymakers must consult facts to appreciate the potential effect of regulation on the big picture.

Eloho Gihan-Mbelu, managing director of Endeavor Nigeria, an entrepreneurship support firm focused on companies at scale-up stage, is looking forward to using Briter’s data platform based on the “excellent quality” of their maps.

“Briter Bridges has quickly established itself as a team that is passionate and excited about the early stage ecosystem in Africa and committed to compiling, analysing and visualising data in compelling, and user-friendly ways,” she says to TechCabal.

Briter Intelligence isn’t the first attempt to aggregate startup data about Africa. A number of platforms exist for this purpose run by everyone from non-profits to Silicon Valley media companies.

However, Giuliani describes his new service as offering an experience that combines the informative value of, say, Crunchbase with the aesthetics of data analytics software Tableau.

With filters, users can scan the platform for granular data, narrowing their interest to specific aspects of the African tech environment. Charts and graphs give quick summaries for selected data points.

As of launch date, the platform lists over 1,700 companies operating across nearly 40 sectors in Africa. According to Giuiliani, more will be added in the coming days to increase the list to about 5,000 African companies.

Tech company founders can add their information to the platform, regardless of company size or year of operation. However, every entry will be followed-up on and verified for activeness, Giuiliani says.

Beyond merely curating startup lists and sector sizes, the platform will include a ‘Deal Tracker’ containing latest fund raises. Briter Bridges publishes annual reports of funding in African tech; it’s 2019 edition paid tribute to the first time around 100 African startups would raise at least $1 million each in one year.

But Gihan-Mbelu thinks the advantage of the platform is in pulling in real-time deal activity across different stages of startup activity, “going beyond the usual annual retrospective reports that come out from time to time and are usually not relevant for significant decision-making.”

Briter’s target for this platform is investors with medium and long term ambitions for Africa.

Data on the platform will ostensibly increase confidence that enough is happening in Africa to suggest the promise of stability accompanied by rewards in the near future.

“We have dozens of students from Princeton to London Business School using our data,” Giuliani says, noting that boosting entrepreneurship research in Africa is another expected benefit.

Briter Intelligence comes at a time where Africa’s awakening to the value of data coincides with the rise of Big Data as a force in human existence. Nigerian media company Stears recently closed a $600,000 seed round to grow its financial journalism newsroom and build its flagship data product, CoreData.

Leading a team of five people, Giuliani believes Briter Intelligence could become a leading point of reference for evaluating business and investment opportunities across underserved markets.

Through data, Briter also hopes to spotlight differences in the pace of innovation within Africa.

“Angola isn’t Kenya, and Lagos isn’t Abuja. But the common denominator is the lack of aggregated and analytical information which ultimately reduces the opportunity they offer,” Giuliani says.

For now, Briter’s platform launches in public beta. Gihan-Mbelu says she expects it to incorporate more features, including predictive capabilities for evolving trends and insights on Africa’s best opportunities.