Digital Nomads: From Sagamu to Groningen, in search of renewable energy 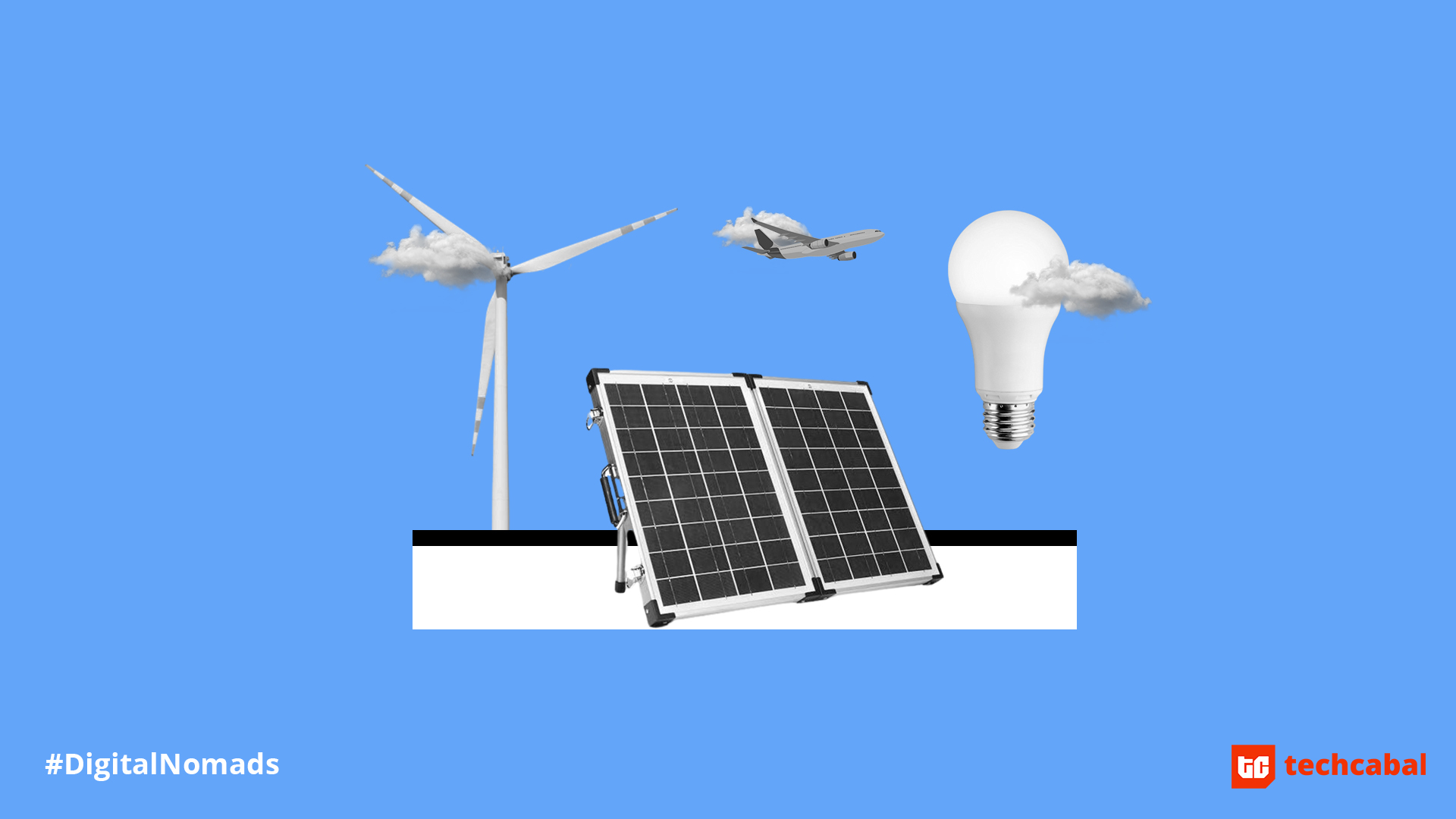 Sagamu or Ishagamu is one of thirteen towns in Ogun state between the Ibu River and Eruwuru stream in Ogun state, Nigeria.

While the town of Sagamu is between Lagos and Ibadan, it is nothing like its neighbors. Its population is small and the pace of the city is far from frenetic.

It’s the city where Simi spent most of his early years. While there wasn’t a lot of traveling in his early years, the closest thing to an escape was his father’s workshop.

He studied mechanical engineering at a private University in Ado-Ekiti, in Southwestern Nigeria.

During breaks, he would spend time at his father’s company.

“I worked with my dad for a while. Everytime I had holidays, I would go to the company and help out. I learned how to weld, use the latte machine and some of those things. When I graduated, I also worked at the company for a while.”

While it all sounds convenient, Simi adds that he had begun to lose his childhood fascination for mechanical engineering. If he could go back in time, he says he would make different choices.

But one choice which has had a far reaching impact on his career trajectory was an interest in solar energy.

“During the National Youth Service Corps program, I joined a solar energy program. I always had an interest in renewable engineering, which is what I’m studying now.”

That initial learning set him up for an entry level job at a solar energy company in Lagos. “I was still learning the ropes at this point and it was great for keeping me busy and covering some bills.”

In time, he needed more skills. The combination of a need to upskill as well as pressure from parents led to some thinking around a Masters degree.

“It took a while to decide on a Masters program, but my parents were insistent so I started to seriously consider it.”

Simi’s considerations for where to study: I checked Canada and Germany. Both countries had some requirements for renewable engineering.

But in the Netherlands, they weren’t asking for too much. There was also the appeal of a Schengen visa that allows you travel across Europe. You also get an orientation year after your program to try to get a job.

In 2019, Simi moved 7 hours from Nigeria to Groningen, Netherlands, a municipality with a population about the size of Sagamu.

Groningen is known for its student population and has that verve of university towns. One Nigerian equivalent may be Ilorin, an otherwise sleepy town with over four tertiary institutions.

But there’s something you notice before a city’s character: the weather. “The first thing I noticed was the cold. Everything I wore when I first got here was pointless.”

Simi’s anecdote: the people here are almost nice to a point of worry. The first day I got here and I was trying to travel to my town, I asked people how to make my way. Everyone was happy to help. I got lost somewhere and an old man walked up to me and helped me out.

One thing that makes it easy to adjust to the Netherlands is that most people speak English.

“The only time you may experience some language barrier is when you’re searching for a job. They require you  speak Dutch.”

How easy is it to learn Dutch if the only language you know is English?

“I have started learning the language but it’s a difficult language. People think German is difficult, but Dutch is worse.”

Luckily, Simi says a lot of companies are willing to give you a job if you commit to learning the language. Yet, the language is only one part.

It is not difficult to assume that having worked at a solar energy company, he would have enjoyed some headstart for his renewable energy company.

“When I came here, I started learning the actual science behind it. If you get here from Nigeria, except you’re a genius, you will struggle and notice the gap between you and your classmates.”

One thing that makes it easy to bridge the gap between the educational levels are the helpful lecturers who Simi says are always willing to help.

Simi’s thoughts on renewable energy: It is one of the hottest things right now, especially solar energy. But solar is getting saturated so if anyone wants to go into renewable energy now, I would advise they look towards wind because there is a higher demand in wind.

Since we’re talking about solar energy, we talk about some of the issues individuals and companies have with solar power. I wrote about Big Cabal’s experience with moving from a backup generator to a solar powered system.

Our experience hasn’t always been smooth, but Simi insists that if done properly, a move to solar power is economical.

“If done properly, it has a payback time of about two or three years. That is what catches the eye.”

“As long as you don’t cut corners during installation and you’re not undersized, then you’re fine. The reason why solar backups can fall short is either smaller batteries or poor efficiency.”

We talk through some of the ways solar backup systems can be improved and software that now allow you to install panels at the best angles for radiation.

There’s a lot of classroom learning that goes into efficient solar systems. How much of that learning has been disrupted by COVID-19?

“By the time COVID-19 hit, I wasn’t going to class anymore. I’m at the thesis stage, but I know online classes and tests went on.”

Beyond education, Groningen enforced lockdowns and bans on public gatherings and now that confirmed cases are falling, life is slowly returning to normal.

“People are eating out now and taking the metro. The only thing that’s different is that you can’t get on any public bus or tram without a face mask on.”

It is something Simi has no complaints about, the faster the world returns to normal, the better it is for him to spread his travel wings thanks to his Schengen visa.

“I have not traveled as much as I would have liked. I have been to France, Belgium and Spain.”

Simi’s notes on traveling across Europe: What stood out in Paris is how convenient transportation is. There is a metro that goes everywhere.

Brussels fell short of my expectations, and the whole place looked dirty.

Technology contributed to how efficient the Paris transportation system is. Apps allow you to check bus schedules and see what traffic is like.

“Across Europe, technology is integrated into everything. In Groningen, you go to the grocery store and sometimes it’s a self-checkout. It’s also cashless, there’s no need to use cash for anything.”

At self-checkout stores, there are no attendants. You pick up your items, scan the barcode yourself and make payments.

“There’s a bill payment structure called iDEAL across the Netherlands, bank transactions are instant and it’s all so integrated. It takes a while to get used to.”

Simi’s note: Opening a bank account and registering a SIM Card are easy here. All you need is your passport and a residential address.

When you register a SIM card, the next worry is an Internet bundle.

“Mobile data can be pricey. I was paying €27 per month for my first plan. It gave me 5GB daily with unlimited calls and texts.”

While mobile data  is expensive, it is fast and reliable. Simi’s Internet spend is now down to €15 per month, only because he also uses WiFi at the house or at school.

So where does Groningen rank for Simi’s tech experiences on a scale of 1-10?

“Groningen gets an 8, the same as Paris, because of the ease of transportation, Brussels gets a 7 because I do not like the city and Sagamu would be a 0 because it feels like a step above a village.”