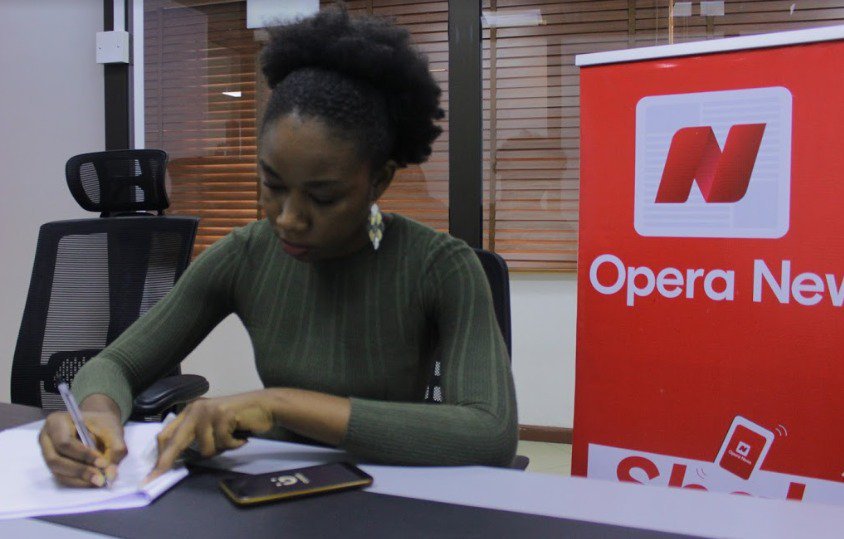 In Nigeria, Opera operates a few companies alongside a partnership in portfolio company OPay.

The European company owns the Opera browser, one of the most popular browsers in the country thanks to its data saving features. Opera also operates OList, the classifieds listing platform, Opera News and OKash, the lending service. OKash exits as both a separate app and on  OPay through a partnership.

So which Nigerian venture did Opera divest from?

Obviously, it’s not OPay. Opera considers the Nigeria-based fintech to be a strategic company with more long-term value. The fintech has had an impressive run, racing its way to 5 million monthly active customers in April 2020, up from 100,000 in April 2019. With $170 million raised from a number of China’s biggest investors, Opera and its Chairman, Yahui Zhou, are committed to OPay.

Among its other Nigerian subsidiaries, Opera made it clear that it still controls OList. On its earnings call, Opera spoke of the classifieds business as a current business. It disclosed that OList, which launched in Nigeria last year, has crossed 6 million monthly active users in Q2 2020, up from 4 million in Q1 2020.

“[W]e are quite proud,” Opera’s Chief Operating Officer, Lin Song said on the call. “That’s a big user base compared to Nigeria.”

While still barely a year old, Opera expects OList to generate revenue by the second half of 2020. Opera expects the service to contribute to a “small” portion of its total revenues. “[A]nd our focus here is to prepare for significant contribution to our growth as we look into 2021 and beyond,” Song added.

Alongside OList, Opera News has also been very successful within a relatively short period of time. Launched in January 2017, Opera News crossed 200 million users in June 2020. In Q2 2020, Opera executive disclosed the service had an average of 205 million. Song attributed the success of the news services to “very strong presence” and partnership with “local content producers” in key countries including Nigeria, Kenya and Cote d’Ivoire.

So in essence, Opera hasn’t exited Opera News in Nigeria.

However, Opera didn’t disclose anything about OKash, its micro-lending service in Nigeria which it acquired from OPay for $9.5 million in December 2018. This is fuelling speculation that it may have now exited the Nigeria subsidiary.

The Norwegian company operates micro-lending services in three countries under different names. It operates as OPesa in Kenya, Cashbean in India and OKash in Nigeria.

On its earnings call, Opera’s said: “we have scaled our microlending offerings from practically nothing to a massive business in just over a year.” According to the company, the three lending services issued 15 million loans worth over $800 million.

But much of that lending activity happens in Kenya and especially India. In its third quarterly report in 2019, Opera disclosed that Kenya and India are its biggest markets, with average loans of $40 and $50 respectively.

In Nigeria, in 2019 Jacobsen explained that OKash loans are “really quite insignificant still, compared to the totality of microlending.” It is doubtful that this has changed much, especially since the COVID-19 pandemic forced Opera to slow down lending to reduce high rates of loan defaults.

Nevertheless, in 2019 Opera explained it had plans to expand its microlending operations to more countries, but didn’t disclose where.

Now, it appears the company is making good on that promise.

On its latest earnings call, the company announced the launch of a new fintech, a lending company called Nanobank.

Nanobank was formed through a merger of Opera’s micro-lending businesses and Mobimagic, an Opera partner in India which also operates micro-lending services in South East Asian countries like Indonesia.

By operating together, Opera’s Jacobsen explained, “the resulting Nanobank will be one of the biggest global fintech companies focused on emerging markets and a category leader.” Opera did not define what “emerging markets” it is looking at.

However, from all indications, OKash may no longer be a part of Opera’s business. While disclosing more information about the combined Nanobank, Opera’s executives omitted mention of Nigeria.

Jacobsen told investors the lending business was making a recovery. “The Nanobank businesses have been increasing loans provided in all key markets, India, Indonesia and Kenya since the end of June,” he said with the noticeable omission of Nigeria, a country with over 170 million people. In the same vein, the company is doubling down on growth in these other markets and is expanding to new locations like Mexico.

If Opera has truly exited Nigeria-based OKash for $6.1 million, it may have been snapped up by OPay.

This unverified acquisition may play a crucial role in OPay’s future ambitions in Nigeria and the African continent since lending is an attractive feature for customers. During an interview with TechCabal in June, OPay’s country manager, Iniabasi Akpan shared that the company had expansion plans to other African countries.