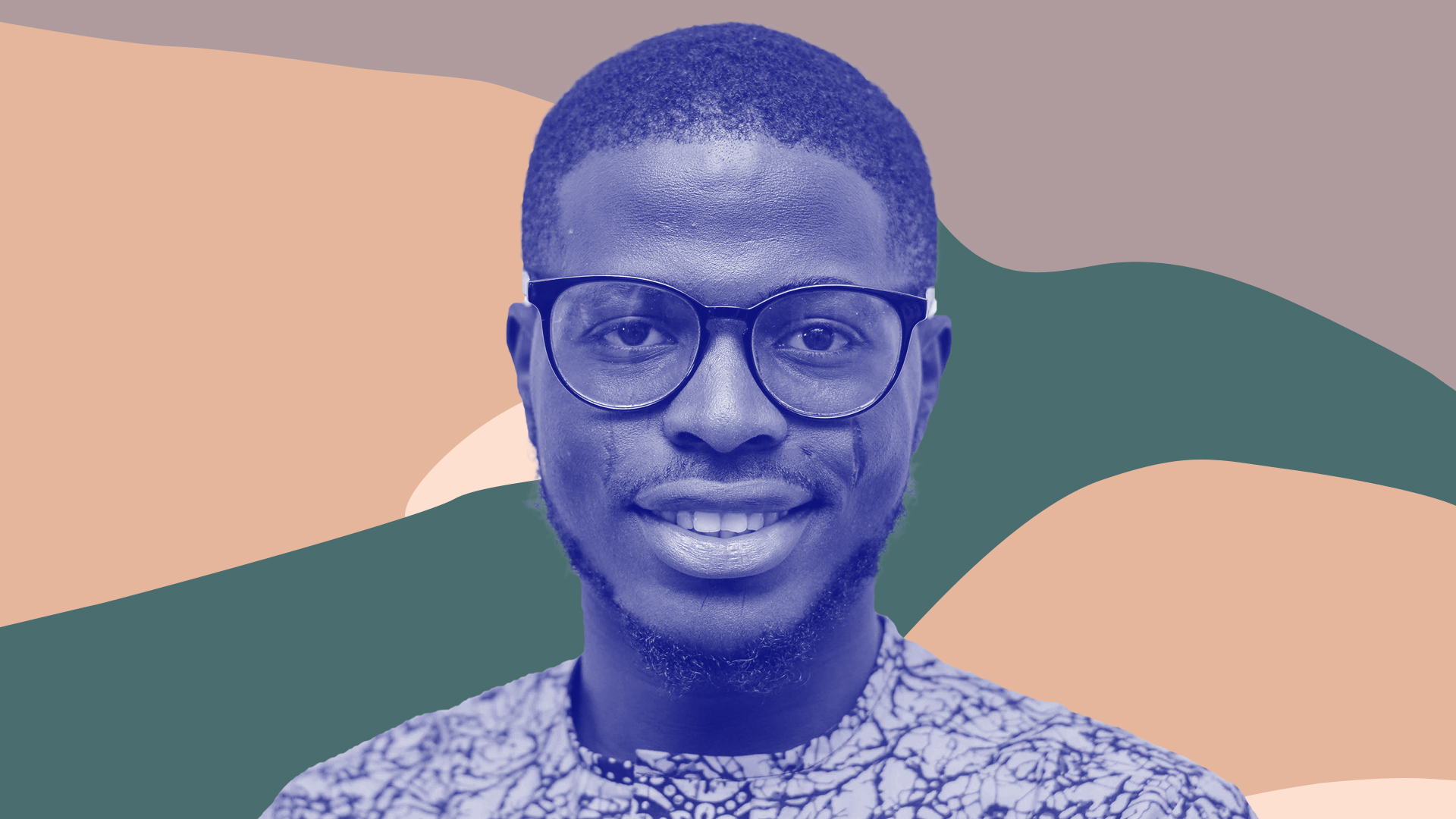 This week, MLIT spoke with Sodiq Akinjobi who just handed over leadership as a Google Developer Club Student Lead. If you do not know a lot about the club’s impact and activities, this profile provides ample insight into these and more.

Google launched the Developer Students Club (DSC) program to encourage peer-to-peer learning using its developer solutions. The goal was to build highly engaged university communities where students with some or no prior knowledge can learn a range of digital skills and actively put them to use within or outside their communities.

In Nigeria, there are DSC communities in 82 private and public universities. Sodiq Akinjobi is the recent past Student Lead of the University of Lagos’ community which launched in 2018 and in the past year, has led the growth of the community to thrice its number while encouraging participation of students from non-STEM programs.

Prior to becoming a Student Lead, the final year Systems Engineering student was very involved in the university’s tech community. While deeply involved in the administration prior, Akinjobi, to augment his parent’s financial support through school, also designed WordPress websites for a fee.

“My first client paid NGN10,000 (US$26) or something like that. It’s small money but it was big in my eyes,” the exuberant Akinjobi recalls.

Akinjobi’s university education began in 2012 at Yaba College of Technology where he discovered he had little affinity for mechanical engineering.

“I discovered that working with machines was not for me,” he says.

At this time, he had started playing around with website builders and when he decided to apply to the University of Lagos for a second degree, he opted for Systems Engineering which was closest to his specific budding interests in technology.

He has combined his final year in school (with an added semester after deferring a semester in his second year to focus on a time-consuming project) with his job as a freelance web developer, a content team member at Decagon, the software training company as well as leading community activities and teaching as a DSC Student Lead.

Part of what landed him this role was his response to a question the Google selection team asks when interviewing for the Student Lead role: what would you do for your campus community if elected?

“One of the things that was paramount for me was to get students who were not studying STEM courses into the club,” Akinjobi says.

“Because most students felt like the club was for students in sciences, mathematics, and engineering.”

And he’s achieved this goal remarkably. When he took charge of the club from his predecessor, the community numbered 200-300 students but as at July this year, there are over 1,500 students, with many of them from the social sciences, arts and other faculties outside of core STEM.

Technology as it is today is woven intricately into the fabric of our lives in some shape or form and for Akinjobi, it is important that students outside core STEM courses understand this and begin learning what digital skills they will require for career and entrepreneurial development after school.

What does a Google Student Club Lead really do? A lot of community organising. As Akinjobi reels off what the community has been up to since the pandemic (and a protracted ASUU strike)  forced students home, I’m having a hard time keeping up.

March began with a female-focused virtual conference in celebration of Women’s Month. Akinjobi says he was looking forward to hosting a physical event. With the current female population of the club, he was keen to see more female students be encouraged to pursue software development within the club.

Then there was 30 Days of Code in April. For 30 days, depending on skill set, students received a practice question each day and had 24 hours to solve the task and submit their responses to a collective portal. The tasks varied from UI/UX Design to Frontend development. Students were awarded a score and a leaderboard published to add some layer of  youthful competitiveness to the program. They wanted more, Akinjobi says. And so the program ran for a second time.

There was also a Deploying TensorFlow Machine Learning Model session with the DSC Leads at the University of Ibadan and the University of Port Harcourt as facilitators. A Web Cluster with Google Developer Group and DSC Leads across Africa as well as a Web Accessibility training session also happened in the last months.

Akinjobi says there’s also been what he calls community checks.

“Everyone just jumps on a call to show that it [the club] was not just about teaching and training. It was a way to check in with the members to find out what they were up to and how they were coping with the pandemic.”

The club just recently concluded its annual Open Hack Week. During this week, members come together to develop an app project using what they’ve learnt in the past year. For this year’s virtual Open Hack Week, a public call was made to not-for-profit organisations with web development needs, members were grouped into teams and assigned to create solutions for the non profits.

“We were able to build projects for five NGOs and four small businesses and there were practice projects for the rest of the students,” Akinjobi says.

If the campus is in full session, scores of these events could be happening across the university in various departments led by Akinjobi and his team of administrators with help and support from representatives of faculty organisations.

“I’ve had the opportunity to work with the brightest and smartest young minds because all the things we planned to do, without good team members, you can’t make that happen,” he says.

“Sometimes, we can have seven events going on simultaneously across the campus. There’s no way I can be in [all] these places at the same time.”

Google supports all DSC communities with access to learning materials created by Googlers from across the globe. Whatever a Lead and their administrative team needs to carry out a successful training, the tech giant is able to make the resources available. And while they encourage zero-budget activities and events, they are able to support financially if the need is cogent—like purchasing a projector for the UNILAG community instead of hiring for the quantity of events the club organises every year.

“We had the club participate in a global competition called HashCode. We needed some funds for this because as people were hacking away we needed to give them refreshments,” he says. The club came third place in the nationals and fifth in Africa at this competition.

In addition to providing training and financial resources, a sub-Saharan program manager oversees the activities at all DSC campuses in the region regularly receiving reports about their activities and growth trajectory.

Students typically do a lot of theorising while studying courses that require a lot of practice. We can blame it on poor infrastructure or lazy lecturers. Unfortunately, they carry some of this learned behaviour into their activities in the club, Akinjobi explains. What this means is that after months of trainings and practice assignments, a large percentage of students are still reluctant to take on projects from scratch on their own.

Still, there is a growing number of students who are, like him, already building careers  in the industry either as first-time founders or at some of Nigeria’s most successful technology companies. Femi Adebayo, a DSC member is building a platform for students to order informal labour for quicker service delivery. Another student member, David Mustapha, a 400L Systems Engineering student runs OrderEat, a food delivery business on campus.

Akinjobi’s tenure ended in August and a new Lead has been selected to continue growing the community and leading its activities.

Like himself, the current Lead was what he describes as the club’s defacto Lead.

“I do not doubt her ability one bit and I’m sure that she will do amazing.”

With school reopening plans still tentative in the country, it is unclear when Akinjobi will finish his pending semester. Outside of school, he hopes to further some semblance of his role as DSC Lead through a career in project management. But that is not all.

“I want to work for a WordPress VIP company or a Fortune 500 company,” he says, and he’s garnered enough experience to put him ahead of his peers in a highly competitive job market. 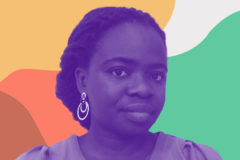 My Life In Tech is putting human faces to some of the innovative startups, investments and policy formations driving the technology sector across Africa. Afia Bobia Amanfo has her academic roots in social sciences. But when the need arose, she taught herself to build websites and is now growing a web-based platform that prepares African undergraduates […]