China is pushing its currency into Africa through fintech partnerships 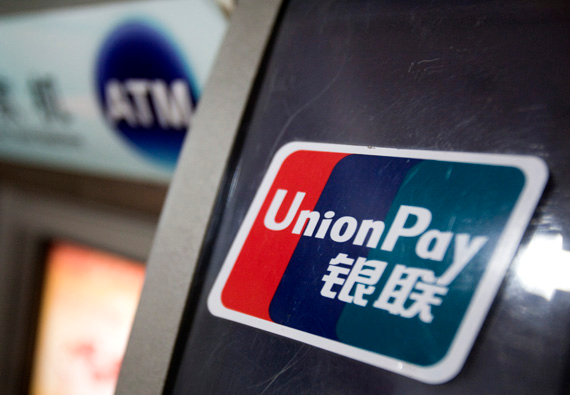 On September 9, UnionPay International announced a partnership with Interswitch East Africa, the regional business of the Nigerian-based Interswitch Group. Under the partnership, Interswitch became a Third-Party Service Provider (TPSP) for China’s UnionPay. This means UnionPay cards will be accepted across ATMs, Points-of-Sale, QR Payments and online payments in the East African region.

The recent deal is part of an existing partnership between the two payments heavyweights. In 2013, UnionPay teamed up with Interswitch to allow UnionPay’s cardholders to make transactions at over 11,000 ATMs and 70,000 merchants in West Africa and Uganda. The new partnership extends UnionPay’s reach to more African countries and also allow Chinese travellers to make transactions abroad.

“These initiatives will ultimately enhance the current payment landscape and in turn, improve the lives of the mass markets in Africa,” Interswitch Group wrote in a statement announcing the recent partnership.

UnionPay, the making of a Chinese monopoly

Founded in 2002, UnionPay International is the global arm of China UnionPay (CUP). CUP, or simply UnionPay, was established by the People’s Bank of China (PBOC), China’s central bank, with 85 domestic banks as shareholders. It is a payments network and card scheme, similar to Visa, Mastercard and Verve, Interswitch’s bank card.

Over the last 15 years, the Chinese scheme has grown to become one of the biggest card brands and payment networks in the world. According to Reuters, a Chinese central bank decree requires all card issuers, including foreign ones, to process their yuan-based transactions through UnionPay’s electronic payment network.

This has given the company de facto monopoly over local currency payments. There are more than 7.6 billion UnionPay bank cards floating around the world, more than double its closest rival Visa which has 3.4 billion cards. Its cards are accepted in 170 countries by over 40 million merchants and over 2m ATMs.

Thanks to its Chinese dominance, UnionPay has the biggest market share, 36%, in global card payments, ahead of Visa (32%) and Mastercard (20%).

Yet UnionPay has a very limited reach outside China. Majority of its bank cards are used in mainland China, with only 130 million cards (out of 7.6 billion) issued abroad, mostly to Chinese tourists. Outside China, UnionPay is responsible for just 0.5% of card payments globally, way behind Visa (50%) and Mastercard (31%).

Its small global footprint is also tied to the fact that the Chinese currency, the Yuan or Renminbi, is not a popular currency for international transactions. In 2010, yuan-denominated international payments represented 1%, or less than $850 billion, of cross-border trade settlement.

Over the last ten years, the Chinese government has made bold moves to internationalise the yuan. After replacing Japan as the world’s second-largest economy, China sought to challenge the US dollar dominance of international transactions.

An important push to achieve this is the ambitious Belt and Road Initiative (BRI) announced in 2013. Officially called One Belt One Road, BRI was declared one year after President Xi Jinping became president of China.

BRI is a soft power strategy. It aims to improve China’s economic and cultural influence across Asia, the Middle East, Africa and South America. The initiative is committing billions of dollars annually to infrastructure financing and other programmes in participating countries. A number of African countries are on board, including Nigeria, Kenya, Zambia and Tanzania.

BRI plays a key role in China’s attempt to internationalise the yuan and UnionPay is riding on it.

In 2013, same year BRI was announced, UnionPay partnered with Interswitch to allow its cardholders make transactions in West Africa.

In 2015, UnionPay began issuing bank cards in South Africa to Chinese residents in the country. By late 2019, it partnered with Standard Bank, one of South Africa’s biggest banks, to issue cards to customers. In June 2020, the Chinese company struck another deal with another South African bank, First National Bank (FNB) to support contactless payments in the country.

UnionPay is also expanding in Europe. In 2018, it partnered with Millennium BCP, one of Portugal’s largest banks, to issue bank cards to customers. In the UK, the Chinese company partnered with fintech, Tribe Payments in 2019 to issue virtual and physical cards to banks and other fintechs in the country.

Between 2012 and 2017, UnionPay reportedly issued 68 million bank cards in 40 countries. In Africa, its cards are issued in South Africa, Ghana, Mauritius, Kenya, Seychelles and a few others.

This expansionist drive is having some impact on the importance of the yuan. Between April 2016 and April 2019, the value of yuan-denominated payments from Africa jumped 123% according to SWIFT.

Society for Worldwide Interbank Financial Telecommunications, simply called SWIFT, is an electronic financial messaging system used to communicate among international financial services providers. The SWIFT network allows banks in different countries to communicate with each other and facilitate international payments. Around 11,000 financial service providers are members. By design, SWIFT has a sophisticated understanding of global currency movements.

By April 2019, SWIFT data showed that the yuan’s share of global international payments had risen from 1% to 1.91%.

But that figure may be higher since China is pushing its own alternative to SWIFT, called Cross-border Interbank Payment System (CIPS). CIPS was designed to reduce financial risks caused by the US or international sanctions.

While SWIFT is not owned by the US, the American government has significant sway over the non-profit organisation, influencing its decisions, making China vulnerable to any financial sanctions caused by disputes with the US. As the trade spat between China and the US intensifies, this risk becomes greater

Almost 1,000 financial institutions are members of CIPS which launched in 2015. By the end of 2018, CIPS processed 26 trillion yuan ($3.77 trillion) in payments; that’s small considering SWIFT processes over $5 trillion daily.

But for the Asian giant, this is a good start. And the scheme is expanding, with Russia and India showing interest in integrating the Chinese alternative.

With BRI, CIPS and UnionPay, China is making a stronger entry into the global financial system. BRI goes a step further, ensuring that all Chinese companies are on board and ready to support the country’s grand foreign policy vision.