Digital Nomads: What’s it like to work in Malabo, the police state 35 minutes from Nigeria? 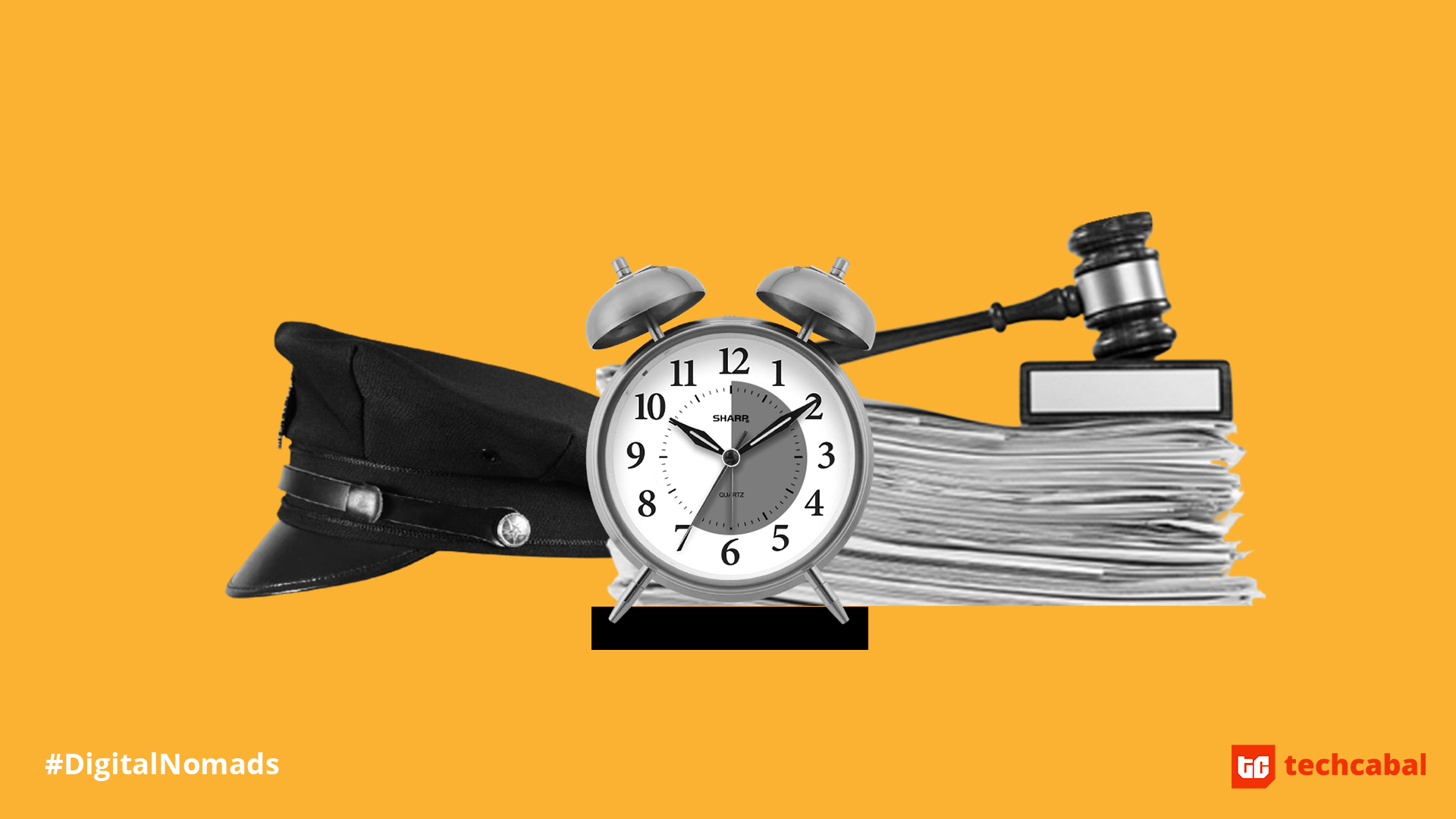 Equatorial Guinea is one of Africa’s best countries per capita. But what is life like in Malabo, the country’s capital?

In two months, I would have been writing about Digital Nomads for one year. In that time, I’ve spoken to Africans who live and work in Afghanistan, Saudi Arabia, Iraq, Somaliland and Kenya.

Yet, when I look back at many of the countries, there’s not a lot of representation for Central Africa. It reminded me of my conversation with Fu’ad who has visited more African countries than you.

When we talked about Africa, he glossed over Central Africa and more specifically said nothing was happening in Equatorial Guinea. Naturally, I became curious about this country that Fu’ad had written off.

Fun fact #1: Equatorial Guinea is the richest country per capita in Africa and its official language is Spanish.

Thanks to Twitter, I found an Equatorial Guinean who lived in Nigeria for many years. From him, I learned that Equatorial Guineans and Nigerians have a long history which dates back to the 80s. I even found this interesting research article (PDF) about it.

But today’s column is not about my unnamed Equatorial Guinean friend who was cagey about sharing his experiences for fear that someone back home would recognise him. His fear is valid, given that Equatorial Guinea is a police state.

In his place, I spoke to *Walter, a Nigerian who went to Equatorial Guinea in 2015 right after completing his University degree. In Nigeria, most University graduates have to complete a year of mandatory paramilitary service right after graduating, but Walter didn’t have time for that.

Fun fact #2: Prophet T.B Joshua is one of the continent’s most popular pastors with over 4.4 million followers on Facebook.

While I’m curious about the religious angle, that is not why we are here.

I’m interested instead in how Walter was able to get a job fresh out of University with no real teaching experience in a country he had never heard about.

“I went on Google, did a search and saw that the country is an island, I knew immediately that I wanted to go there.”

Walter’s note: After deciding I wanted to go, the next step was to tell my family. I had only just graduated and even they had never heard of the country before. My family was afraid that I was going to get trafficked but for me, the promise of adventure was too strong.

Yet, a small voice in Walter’s head worried that the job offer could be a scam. Thankfully, it wasn’t and that’s why he’s able to share his experience with us.

He describes the visa process at the embassy in Calabar as “surprisingly easy” with no interviews. “I don’t know if the process was easy because of the connections of the person I was working for. But after I got my visa, I got a direct flight from Port-Harcourt to Malabo.”

If the ease of the process and the short duration of the trip will move Equatorial Guinea to the top of your travel list, there’s a warning here. “For a thirty-five minute flight, it is very expensive so one alternative is to go through Cotonou where the same trip is 40,000CFA cheaper.”

When you land in Malabo, the first thing you notice about the country is that there are no crowds. Malabo, which is Equatorial Guinea’s capital is a city with a population of 297,000 people.

“The city is organised and the hustle and bustle we associate with Nigeria isn’t there. You arrive at the airport and get cleared and if it’s your first time, the customs officials don’t ask for bribes. If you travel frequently, you will get asked for bribes.”

Fun fact #3: Calabar is a great choice for Equatorial Guineans thanks to geography. Despite the fact that Equatorial Guinea is in Central Africa, it is close to parts of Nigeria. The southernmost part of Nigeria in the Niger Delta area is only a little over a hundred kilometers to Malabo.

For Walter, one of the first things he noticed about Equatorial Guinea is that it is a police state. Teodoro Obiang has ruled the country for four decades and the constitution gives him extensive powers.

“There are policemen everywhere, although none of them have guns. But everytime they stop you, you have to show them your visa or pay a bribe.”

Apart from the heavy police presence, Walter says one positive thing is that power supply is uninterrupted.

Walter’s note on Malabo: It’s a small city and patience is associated with the city. It is not unusual for a car to stop traffic to say hi to someone while the people behind the car wait without making a fuss.

Equatorial Guineans are laid back. “There is a law that forces organisations to give employees 3-hour breaks during the workday. So from 1pm to 4pm, you won’t find anyone at an Equatorial Guinean office or shop.”

The downside to this sort of regulation is that where possible, companies have to hire foreigners if they hope to get productivity from their employees. For the foreign workers in Malabo, moving around is easy, thanks to a taxi system that is efficient.

There are no ride-hailing companies like Bolt or Uber in the city. Beyond ride-hailing, there’s little technology in anything in Malabo and Walter calls it an “analogue city.”

“Most payments here are done with cash, you can’t go out with an ATM card and make a payment. This is because the banking system is so backward; mobile money is nonexistent, ATMs are few and there’s stress associated with banking here.”

Most of this stress comes from the city being served by a total of three banks. So, long queues at bank branches are very common. Walter says he got around this problem by receiving his salary in cash.

While that is unusual in many offices around the world, Equatorial Guinea is an oddball of a country. When Walter resumed, he was warned to never speak about the country’s politics to students.

Things like this explain why I had a hard time getting my Equatorial Guinean acquaintance to share valuable information about his country.

“Most of the country’s citizens know that it is risky to talk about their country. It’s a small country and everyone has a brother in the police or the army. They could talk to you and get reported and that’s a lot of trouble. We have some flexibility because we’re foreigners.”

This kind of thinking extends to the country’s economy and there are not a lot of startups in Equatorial Guinea.

“For startups to solve problems here is difficult. The barrier to entry is high and foreign businesses have to partner with powerful citizens if they have any hopes of success. It is a difficult country to do business in.”

“Even if a business comes here, the reality is that there is little or no technology here. The Internet is poor, food delivery is nonexistent, there is no Uber here.”

It’s another reminder that innovation is often limited by government policies and weak infrastructure. If you’re a prospective investor looking to do business in Equatorial Guinea, you should also know that the country’s official language is Spanish.

Curiously, the problem of the language barrier doesn’t come up until later in my conversation with Walter.

“I didn’t learn Spanish but one thing that was helpful is that they speak pidgin English, even though their version of it is different from what is spoken in Nigeria. But I lived in a bubble so I didn’t have to learn the language. I lived in a diplomatic quarters and most of my friends spoke English.”

It means that he didn’t have to rely on any app to learn a new language. If he had to, he probably would have complained about it, given Equatorial Guinea’s internet costs.

“The internet cost was a shock for me. There are two telecom companies here. For the first company, 1GB of data costs 10,000 CFA ($12-$13) but there’s a newer company that is cheaper and they charge around $50 for 40GB of mobile data.”

“There are also broadband companies and my company paid around $800 every month for unlimited internet.”

Walter’s thoughts on a tech driven future for Equatorial Guinea: the country’s main source of income is from crude oil. But with falling oil prices and the possibility that the world is moving away from fuel, the country may begin to look to technology to move towards the future.

In the end, Walter says ranking Equatorial Guinea on a scale of 1-10 would be difficult. All he has to say is that, “technologically, the country is way down the ladder. Any country that can wake up someday and shut down the internet is still backward.”