Why does Namibia want to #ShutItAllDown? 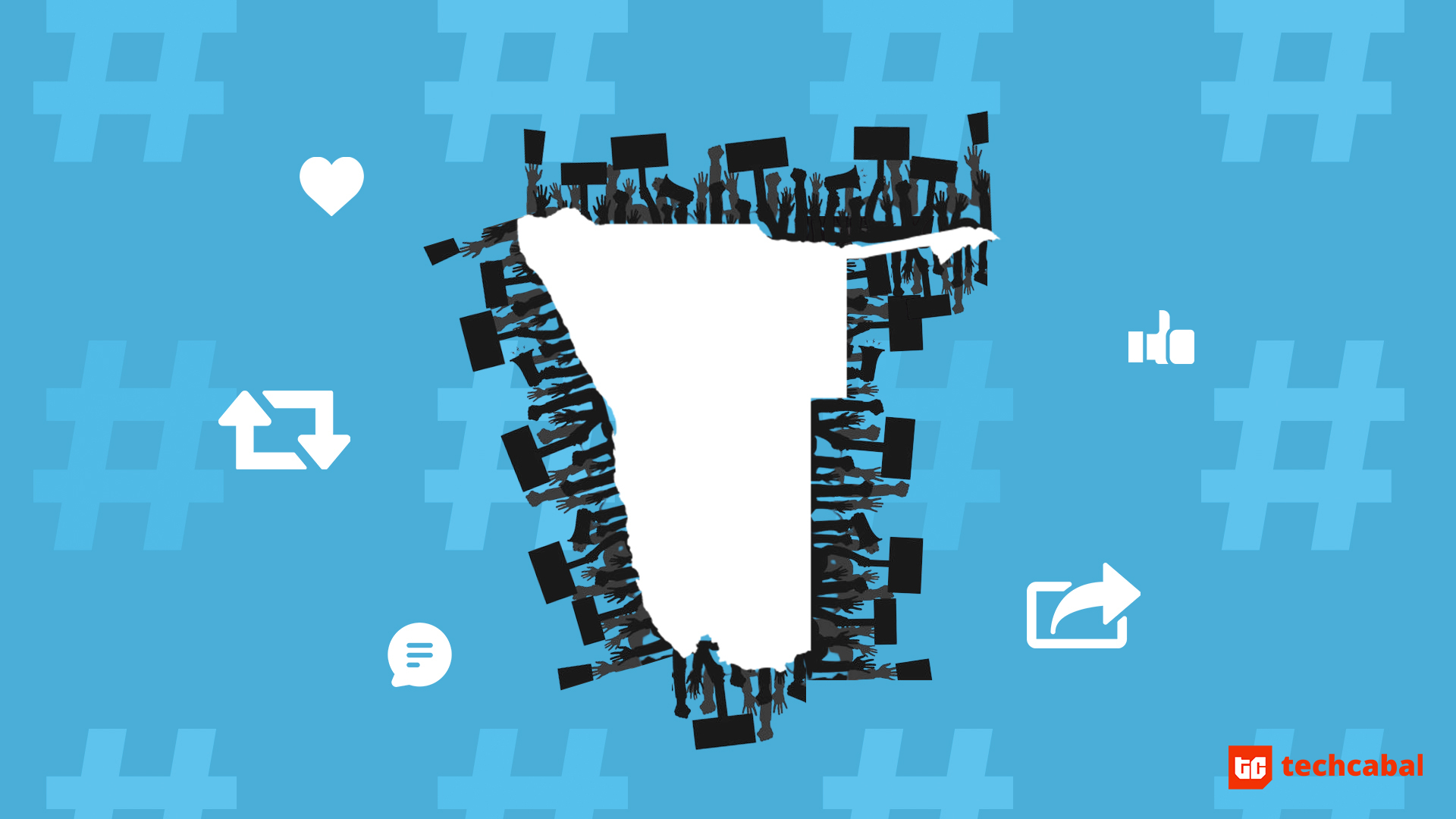 22-year-old Shanon Wasserfall was last seen on April 9, 2020 at Walvis Bay, a port town in west central Namibia. She was wearing white shorts, a blue jacket over a black top and had just dropped off her two-year-old child with a friend at Kuisebmond, eight minutes away. Wasserfall was said to have informed her friend she was going to visit someone at a shop about 100 metres from her friend’s home. That was the last time she was seen alive. Data from the Mobile Telecommunications Company (MTC) placed her last phone signal at Swakopmund, about 40 minutes away from Kuisebmond.

In the following months, family members and the general public held out hope that she would be found. Alive. But the discovery of a body in a shallow grave in Walvis Bay early this month has now sparked country-wide protests over the pervasiveness of intimate sexual and gender-based violence (SGBV) and femicide in the southern African country.

Fingerprint analysis conducted by the police force’s crime division attached to the National Forensic Science Institute confirmed on October 9, that the body indeed was Shanon Wasserfall’s. The cause of death remains unknown to the public however, Wasserfall’s child’s godmother, 28-year-old Azaan Madisia has been arrested in connection with the murder.

Earlier, the police had said the delay in identifying the body was due to a lack of relevant equipment.

“The DNA test is not done yet as the equipment is being moved from the old laboratory to the new laboratory,” Inspector-General of the Namibian police Sebastian Ndeitunga told the Windhoek Observer on October 8.

Protests began on Thursday, October 8 in Windhoek, the capital, and spread to other parts of the country. Women (and men) poured out on the streets to express their anger and to demand a state of emergency be declared over the spate of femicides in the country. Protests were also planned outside of the country as well as over the weekend. The first protest was organised within a matter of hours according to Bertha Tobias, one of the galvanisers of the protests, and about a thousand people came out. More than four protests were held over the course of last week.

Social media, particularly Twitter, has been central to the protests serving as a notice board and sustaining momentum of protesters. It has also been useful in drawing attention to what is currently going on in Namibia. Given that the protests have arisen concurrently with the #EndSARS protests in Nigeria, young citizens across both countries have been interchangeably lending voices to both movements demanding better governance and security from their older generation of leaders.

Twitter has also been useful in keeping the protests decentralised. Just as in Nigeria, government representatives have attempted to self-appoint protest leaders in Namibia. In the guise of having roundtable discussions to understand and react to the issues at hand, it is not uncommon for these leaders to become weak links either by coercion or after being offered incentives to encourage protesters to retreat.

According to women’s rights organisation Sister Namibia, in addition to calls to the government to declare a state of emergency, protesters are asking for the establishment of a public sex offernders register, for more budgetary allocation towards units in charge of counselling, legal representation and policy execution in issues relating to sexual and gender based violence. They are also calling for the resignation of Doreen Sioka who is the minister of gender equality, poverty eradication and social welfare.

Protests turned violent on Saturday, October 10 when officers fired rubber bullets and tear gas at protesters 25 of whom were arrested but have now been released without any charges.

The United Nations Population Fund (UNFPA) says sexual and gender based violence are deeply ingrained in Namibian society. Perpetrators are often partners or very close relatives. In 2013, the Namibia Demographic Health Survey said 33% of married women aged 15-49 years had experienced physical, sexual, and/ or emotional violence from their partner. 32% of adolescent girls aged 15-19 and 35% of young girls aged 20-24 have experienced physical violence from a partner. From 2012-2016, physical assault, rape and murder were among the top five reported cases across the country according to the Namibian Police. Early this year, they Police said they were receiving at least 200 cases of domestic violence monthly. More than 1,600 cases of rape were reported during the 18 months ending in June 2020.

A culture of silence, prevalent harmful cultural disposition to women’s rights that often lead to victim and slutshaming as well as lack of definitive legal action continues to exacerbate incidents of abuse, many of them gruesome.

How has the government responded?

The Ministry of Information and Communication Technology released a detailed response on the individual requests of the protesters. It said research is ongoing towards the establishment of a SGBV register and plans are ongoing to expedite murder and sexual offense charges. It said it was also addressing the prevalent issue of granting sex offenders bail who often go on to commit new offences while awaiting trial.

General reaction towards the release has been similar to that of protesters in Nigeria who have continued to gather and disrupt economic activities stating that the government’s irregular and haphazard responses follow a tradition of meaningless pronouncements that are rarely followed through with decisive action.

On October 16, Tobias and a few others held a closed door meeting with the presidency to a displeasure of a faction of protesters. Tobias insists the demands from the start of the protests remain unchanged and more transparency will be ensured in subsequent interactions with the government.

Social media has become a powerful tool in the 21st century for social justice movements across the globe. The Arab Spring of the early 2010s was largely aided and mobilised through social media and these platforms continue to help its predominantly youthful users demand for better societies.

In the past week, more hashtags representing social justice movements both in relation to topical issues and longstanding challenges with poor governance and gender-based violence have all risen to the fore.  #CongoisBleeding in the Democratic Republic of Congo is giving a voice to the carnage going on in the central african country over its natural resources.

UNHCR spokesperson Shabia Mantoo said during a press briefing on October 9 that “more than 50,000 people have fled in the aftermath of a recent upsurge in fighting in North Kivu” many of them women and children.

In South Africa, #AmINext has been used since 2019 to demand for better structures to protect women from SGBV (the hashtag originated in 2014 from a change.org petition by Holly Jarrett over the abuse of Aboriginal Canadian women). The #AnglophoneCrisis in Cameroon has been ongoing since 2016 against the central Francophone government’s lack of responsible governance towards the Anglophone region of the country. There’s also been an #EndPhoneTax in the last week over a legislation in the 2019 Finance Law that requires Cameroonians to pay a 33% tax on mobile phone devices whose customs duties were not paid for by manufacturers or importers.

African leaders especially those at the centre of authoritarian governments, are not oblivious to the powers of social media, and through unhealthy bills, levies and shutdowns continue to hamper the ability of citizens to use these platforms freely and affordably.

This year alone, internet shutdowns have been witnessed in Ethiopia and in Uganda, social media users are required to pay a daily Over the Top tax to access social media platforms. In Nigeria, the legislature toyed with the possibility of a social media bill to curb what it called the spread of misinformation and fake news but which digital rights organisations called plans to gag free speech on social media. In the Democratic Republic of Congo, turning off and on access to social media remains one of the government’s go-tos during times of crisis particularly political. And in Cameroon, between 2017 and 2018, internet access was shut off for over 200 days in the anglophone region.

From being called a generation of online warriors, young people across the continent have shown in the past week how online tools can also galvanise solid offline activism. Whether the desired systemic changes being asked of many African governments happen is a fact only time can tell but there is no doubt that the digital world continues to help turn the wheels of awareness and action ever so slowly and can become very powerful forces for driving change across various socio-economic sectors if governments across the continent will put them to task.