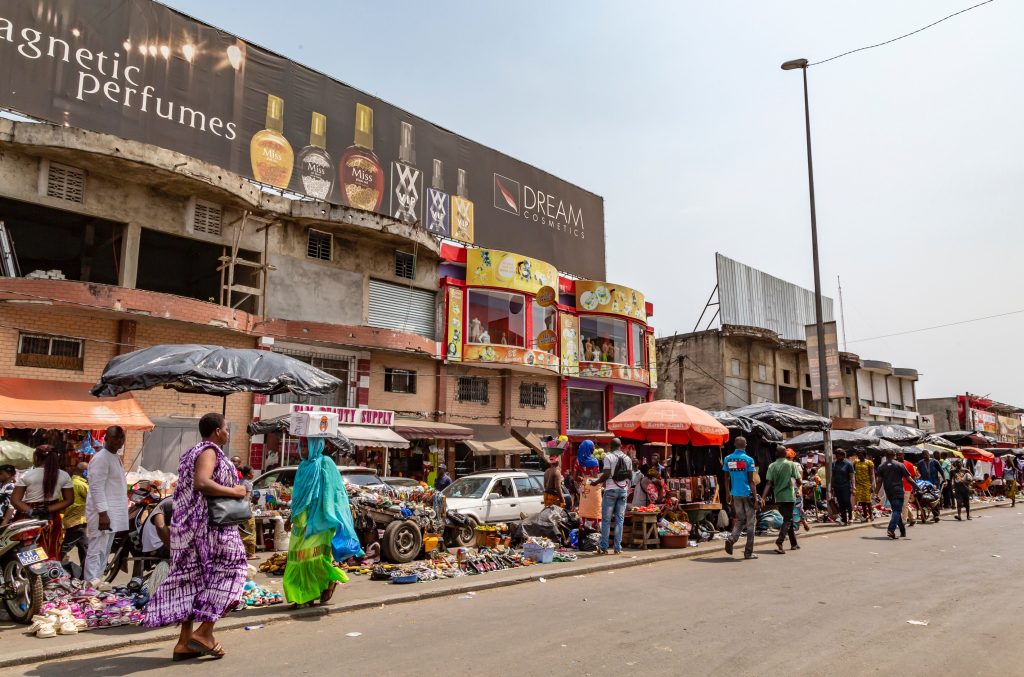 Grace Kouassi, an Ivorian construction retailer, goes through a lot of hassle when she has to pay employees their monthly salaries.

Her challenges are not due to a lack of cash but stem from how best to disburse the funds. She has three options – use bank transfers, mobile money, or cash. In countries like Nigeria or South Africa, the first option, to an extent, is effective for business payments but not in Ivory Coast.

Charges on real-time gross settlement (RTGS) interbank transfers can be as high as CFA17,000 ($30) and most times, the transfers take longer than expected – up to three days instead of a few hours – while also being prone to transaction issues.

Many small to medium-sized businesses (SMBs), like Kouassi’s, grapple with costly and sluggish interbank transfers when paying employees or suppliers. They also can’t use mobile money due to its limitations and are often forced to rely on inefficient and dangerous cash-based transactions.

These challenges are not limited to SMBs; they affect government institutions and even multilateral development organizations.

Founded in 2018, Julaya is a startup that provides businesses in Ivory Coast with mobile-based digital accounts to make money transfers.

Before launching Julaya, co-founders Mathias Léopoldie and Charles Talbot worked on the expansion of LemonWay – a marketplace payment solution – into Burkina Faso and Mali.

It was during their time at the France-based fintech firm they were introduced to the world of mobile money in francophone Africa and realised how businesses in Ivory Coast could reach a huge unbanked population faster via mobile phones.

In a country with around 26 million people, only 20% own bank accounts. But thanks to mobile money, millions of Ivorians can access basic financial services today.

As a matter of fact, Ivory Coast is one of the largest mobile money markets in francophone West Africa and continental Africa. Up to 75% of the adult population own a mobile money account.

A 2015 decision by the Central Bank of West African States (BCEAO) to allow nonbanks operate mobile money set the stage for a transformation in Ivory Coast’s financial inclusion story.

Mobile money adoption has expanded since then, driven by all three of the country’s mobile network operators (Orange, MTN, and MOOV) who share the market with two over-the-counter institutions, CelPaid and Qash Services.

There have been significant investments in digital finance products, building agent networks, and pushing for acceptance. Presently, Ivory Coast has the highest mobile money penetration rate in West Africa.

But like other markets in Sub-Saharan Africa, there is no interoperability between mobile money providers in the country. This means users can’t send money to wallets from another provider.

Given the penetration of mobile money, some businesses make use of agents to initiate payments, with cash, to digital wallets. But using this method for payroll disbursements can be a hellish task.

Kouassi, for example, has 24 employees who have mobile money accounts from five different operators. Whenever she opts for this option, there are always accounting and reconciliation problems to deal with after.

The startup works with telecom operators and other mobile money players, integrating their APIs into its platform and allowing businesses make easy transfers to digital wallets from different providers.

By reducing the reliance on cash, Julaya enables companies to streamline their accounting processes and improve operational efficiency.

“An understanding of these payment challenges in the market was essential to developing a solution people would use,” Léopoldie told TechCabal.

“The opportunity was to translate a payments ecosystem designed for B2C payments (mobile money) into a solution that could offer a better corporate end-user experience of mobile transacting.”

Still, the startup has been able to onboard a wide range of clients, from SMBs to large corporates and government institutions – including the World Bank, Ivory Coast’s Ministry of Education, and pan-African e-commerce company, Jumia.

As of July, it processed over $2 million monthly for 50 customers.

Julaya plans to deepen its market penetration in Ivory Coast, in the face of competition from the market-dominant telecom operators, other mobile money players, and banks. There are also plans to roll out the service across the francophone West Africa region, where eight countries, including Ivory Coast, share a single currency and central bank.

Presently, Julaya operates out of two offices; its R&D and IT teams in Paris and a regional office in Abidjan. Across both locations, it employs 16 people.

Finding the right talent to join the team is one of the major problems the startup is facing, according to Léopoldie, in addition to unreliable APIs from telecoms and a lack of trust in digitised payments, which makes customer acquisition costs high.

But Julaya’s ambitions remain undeterred, with its expansion on schedule to start with an entry into Senegal this year.

Some of the new investment will also be deployed into product development – specifically the addition of new digital wallets to Julaya’s disbursement offering and possibly integrating the platform with its customers’ enterprise resource planning (ERP) systems.