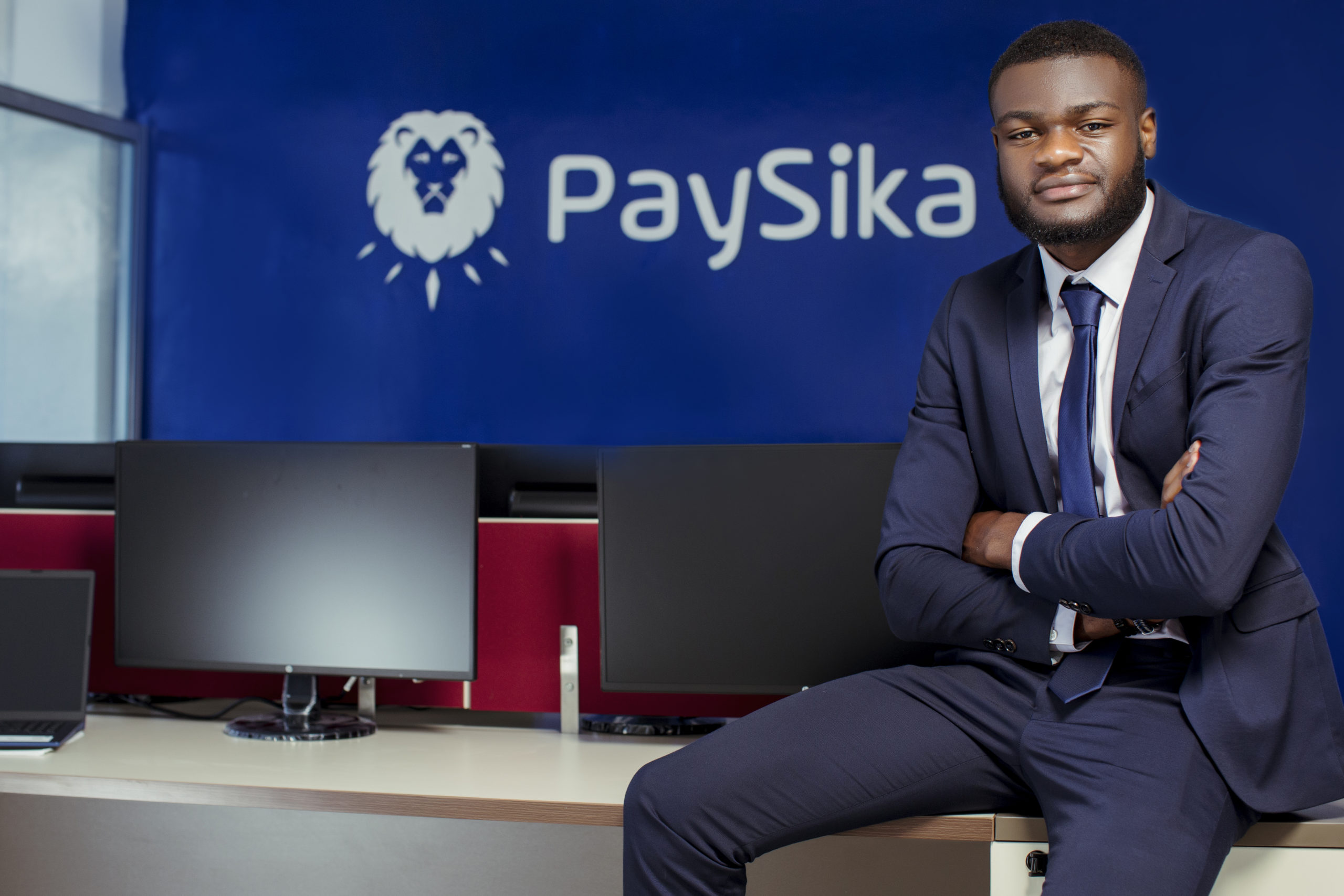 PaySika, a financial technology startup developing mobile and web-based banking solutions for French-speaking African countries, today announced that it has secured a $348,000 (€300,000) pre-seed investment from angel investors in the French, London, and Nigerian tech startup space.

Founded in 2020 by Roger Nengwe and Stezen Bisselou, PaySika claims to be the first business-to-customer (B2C) neobank in the region that works with a chatbot on popular messaging apps, including Facebook Messenger, WhatsApp, and Telegram. According to a company statement, this allows users to carry out their transactions as simple as sending an SMS.

Despite the proliferation of financial services in Africa over the past decade, there’s been a persistently underserved gap in the francophone part of the continent. More than 80% of the population in the region, or over 120 million people, do not have access to bank services.

With commercial banks mostly focused on the top 10-20% wealthiest customers, mobile money solutions from the region’s telcos and fintech startups have been key to extending access to financial services. Currently, more than 60% of the population use mobile wallets.

Startups are now relying on the existing mobile money infrastructure to develop new banking solutions, via mobile applications, for the financially excluded. PaySika is one such fintech, inspired by an experience Nengwe had due to inefficient banking services in Cameroon.

“When people from developed countries travel abroad for study, they can use bank cards obtained in their home countries to make payments. But when I arrived in France to enrol in university and had to pay the school fees by bank card or cheque, I couldn’t,” he told TechCabal.

Frustrated by the unpleasant banking experiences he and many millennials faced in the country, Nengwe teamed up with Bisselou, a colleague in the French school who had the same experience, on the launch of PaySika last year.

“We discovered that less than 20% of the population in this part of Africa had a bank account and access to them was particularly difficult as banks mainly focused on wealthy people,” he recalled. “This is how PaySika was born.”

Though yet to officially launch, PaySika claims to have nearly 20,000 pre-registrations—up to 90% of them by young people between 18 and 35 years old—across Cameroon and Gabon. The startup plans to start issuing virtual and physical cards for local and international transfers when it launches fully in the first quarter of 2022, as well as enter Benin Republic as part of its regional play.

Knowing full well it operates in a highly regulated sector where compliance and security are key issues, Nengwe reveals PaySika is developing partnerships with several leading actors to integrate security protocols such as KYC, AML, and MAR.

“We’ve been working a lot on regulatory and security aspects, for user identification, the fight against all forms of fraud, money laundering, and terrorism financing,” he said.

PaySika’s very first round of funding will allow Nengwe and his team of three to continue building the service by recruiting new profiles. As part of the fundraising, the startup welcomes investors Benjamin Chemla, founder of Stuart, and Damien Guermonprez the executive chairman of Lemonway to its strategic committee.

Dogged by lack of clarity around regulations, language barriers, and limited networking opportunities, according to a Briter Bridges report, francophone Africa has for a long time been overlooked by international investors. An anglophone crisis in Cameroon, where PaySika is present, is an example of the region’s uncertain business climate.

With so many untapped opportunities, however, the region is ripe for disruption. Investors know this and are increasingly showing interest in the region.

“There is an urgent need to provide banking services to the largest number of people in French-speaking Africa at an extremely low cost and PaySika is doing this,” said Guermonprez.

Broadly, signs are pointing to the emergence of a budding startup scene in the region. Home to some of the fastest-growing economies, francophone Africa has seen a major uptick in startup investment activity this year, with several million-dollar raises recorded and the emergence of its first startup unicorn, Wave.