How to keep your startup afloat with little or no funding 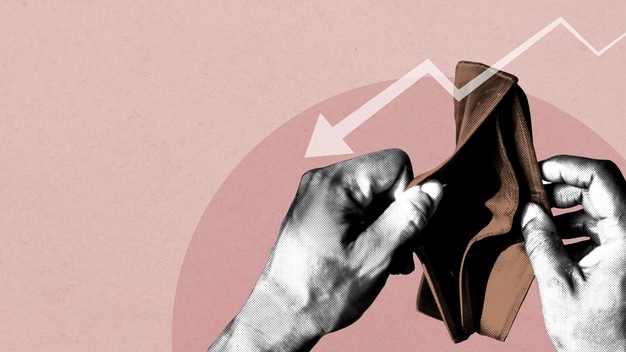 2021 was a record year for the African tech ecosystem as startups raised over $4 billion in venture capital funding, the highest amount raised yet.

While this feat is laudable, it’s impossible to ignore the fact that many startups don’t make it to the stage where they can attract external funding before folding up. According to a 2019 World Economic Forum report, only 8% of African startups make it to the Series B stage of funding.

This trend has raised the important question of how startups can keep the lights on with limited funding while looking to raise capital.

So, on January 14, 2021, Koromone Koroye, TechCabal’s Managing Editor, spoke with Vivian Nwakah, CEO Medsaf and João Pinheiro, CTO Medsaf to answer this question, during the second episode of Building From Ground Up, Season 2 by the The UK-Nigeria Tech Hub,.

Medsaf, a healthtech startup that facilitates and finances the movement of medication in emerging countries, is a startup that’s gone through the phase of bootstrapping and succeeded in raising capital.

Bootstrapping in the early stage of a business

Nwakah’s interest in solving problems in the healthcare space happened after her friend died from taking a fake malaria drug. This spurred her to co-found Medsaf in 2017, with the mission to combat the proliferation of fake and substandard drugs in Nigeria and across Africa.

Today, the healthtech startup which started in a small apartment in Victoria Island, Lagos, now has offices in 20 Nigerian states, with 45 team members across 3 continents. It has grown 500% since the company was launched in 2017—growing 200% during the pandemic. It has raised $2.7 million in funding. Considering that Medsaf started at a time when healthtech startups weren’t popular, Nwakah explained how the startup was able to bootstrap itself to its current state.

Nwakah, who relocated from the US and quit her job in 2016 to focus on Medsaf, had to fund the company through her savings. Back then, she tapped into her experience from managing a political campaign to get people interested in Medsaf.

“My experience from motivating people in Chicago to come out and knock on doors in below-zero-degree weather, for the sake of elections, prepared me for this role,” Nwakah said.

“I used that same knowledge to rally people around Medsaf’s single cause: quality medication is a fundamental human right. By the end of 2016, we started receiving our first angel cheques and launched in January 2017.”

Pinheiro, remembers that in the early days of Medsaf he worked multiple jobs. What made bootstrapping easier was focusing on keeping it simple by using tried and tested technology.

Transitioning from bootstrapping to fundraising

Over the years, the African startup funding space has matured and it’s relatively easier for a startup to raise money. In 2016 this wasn’t the case; to attract external funding all Nwakah could do was talk about Medsaf to different people all day long. She targeted investors who had achieved some level of success in an African context and global level.

“I pitched Jason of Iroko TV 10-20 times before he invested. So many people told me that healthcare wasn’t scalable or needed, but I had resilience, drive, and deep passion for what I knew Medsaf could be, so I just kept pitching people.”

How did Medsaf get its first investor? Nwakah attributes this to her relentless efforts to be out there meeting various people. “I was attending events and meeting people who were in popular startups like Jumia. I met our Silicon Valley investor at a tech conference in Lagos. I was out there and meeting people, but I also understood that they’re really busy and I needed to get to the point. I also never felt that they owed me anything,” she said.

The issue of attracting the right people

Attracting talent is a common challenge startups face. How has Medsaf navigated this?

“I didn’t think talent would be the most difficult part of building Medsaf,  when we started,” Nwakah said. In the early days it was about getting people who were passionate about healthcare, but because Medsaf was one of the first healthcare tech companies, the concept of a healthtech startup was so unknown that it was excruciatingly difficult to get people to join Medsaf in the beginning.

“In those days, pharmacists and other healthcare professionals would rather work for a pharmaceutical company, hospital, or government. There were questions about job stability because typically pharmacists end up setting up their own pharmaceutical shops.”

What has worked for Medsaf is that it has focused on investing in its employees. Nwakah said Medsaf was one of the first companies to highlight the importance of transparency in the supply chain of drugs, and because of that, pharmacists are now going back to school to learn more about the supply chain.

“One of our team members is going to Canada for an MBA. I’m glad that we’re changing how pharmacists are thinking of their career paths. We’re charting new territories.”

In terms of getting technical talent, Pinheiro has also found it challenging to attract the best ones. This is because Medsaf is a smaller company that can’t offer the same pay or prestige that bigger companies can offer developers. However, Medsaf is able to offer them independence and the opportunity to grow, which is satisfactory for some of them.

Building systems and processes for a startup

As startups grow, they must put more processes and systems in place to build a lasting company. This belief is one that has been embraced at Medsaf. Nwakah said she’s learnt along the way not to be rigid about change.

“What worked when you’re a team of 5 doesn’t work when you’re 15 people. You have to constantly innovate around the process and check with customers to be sure you’re still serving their needs. The real reason Medsaf has any success is that we focused on processes and systems.”

Pinheiro chipped in that from a technical perspective, he’s noticed that people struggle to properly define the goal before breaking it down to processes.

“Often people come with problems like, ‘I need a website’, and my response to them most times is ‘What problem are you trying to solve?’ It’s important that people first understand what goal they’re trying to achieve before trying to define the process.”