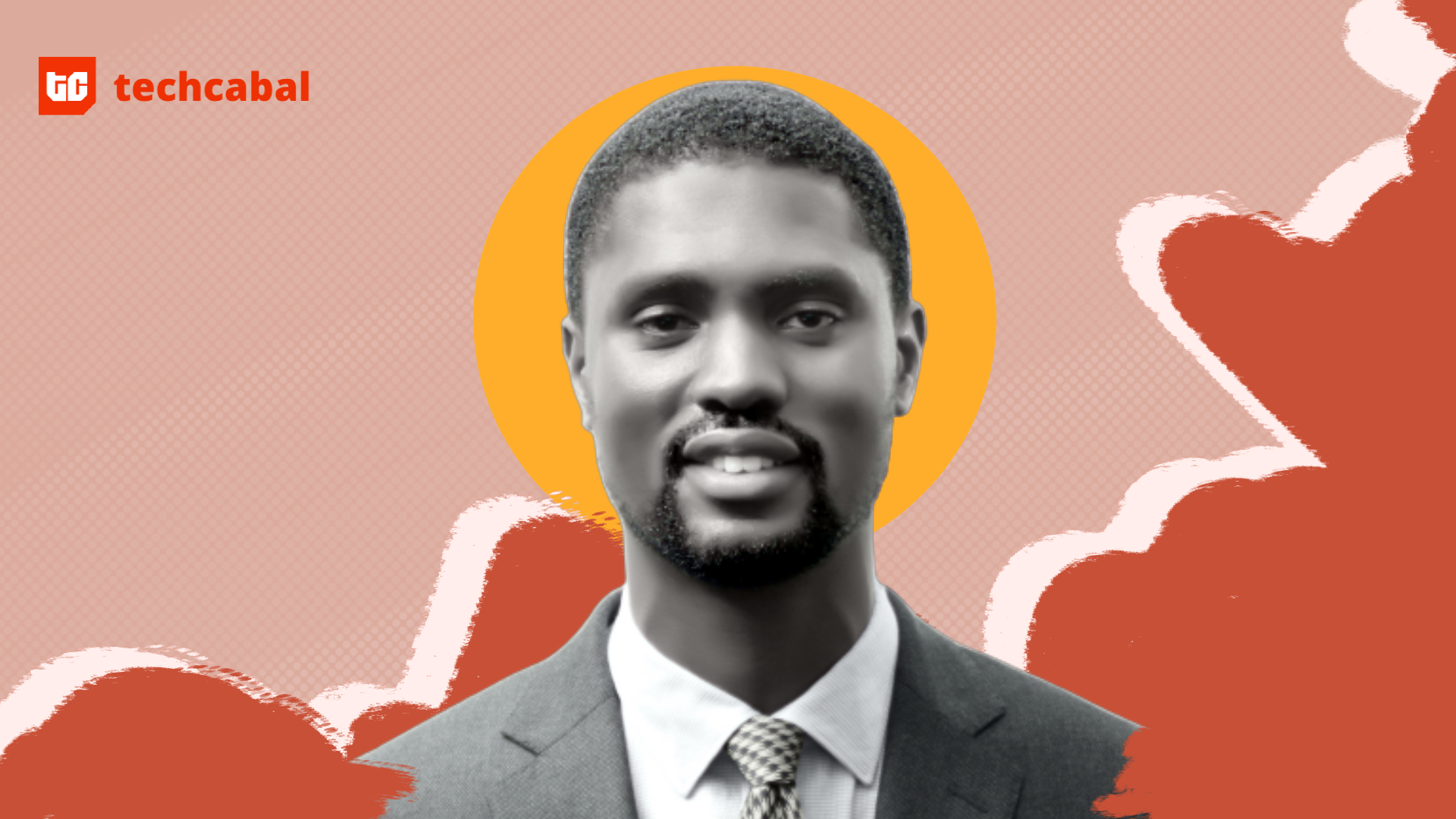 African Capital Alliance (ACA) is a leading pan-African alternative investments firm focused on sub-Saharan Africa. The firm has raised $1.2 billion through a number of funds and has over a decade of experience, coupled with an extensive network of key industry players across its various operating markets and sectors.

TechCabal talks with Bunmi Adeoye, who heads investments in the tech, media, and telecom (TMT) sector at ACA, about the key trends in Africa’s TMT landscape over the past decade, the future of payments, 5G, and data centres in Africa.

Michael: Can you tell us about your role at ACA?

Adeoye:  I lead the TMT sector, focusing on investing in various sub-sectors within the space. We’re investors, so the key is to create the right ecosystem to make investments work. We typically target growth-stage companies which have already proven themselves and are growing. From consulting to raising finance and managing people, I am able to leverage my experience built over the years to help businesses excel.

At ACA, we have become trusted partners who work with our portfolio companies to create the tools and skills needed to support their transition to the next stage of growth. Most entrepreneurs start off very strongly but the skills needed for the next phase of growth are a bit different. This is why they partner with people like us that can help them transition properly.

Michael: Which of the companies ACA has backed so far do you find most exciting?

Adeoye: Well, I think every investment has its own peculiarity. What’s important is having a partnership mentality between ACA and the company. First of all, you have to identify the kind of management team and the partners you want to work with to deliver returns for stakeholders. It is like solving a quadratic equation and putting together different parts. But I think the different challenges you face in terms of dealing with regulators and growing the business make each investment exciting.

In the TMT sector, we have invested in several leading businesses, including MTN, Swift, Global Accelerex, FilmHouse Cinemas, and most recently WIOCC [West Indian Ocean Cable Company], which operates as a wholesaler, providing capacity to international telcos, OTTs, content providers, and internet service providers within and out of Africa.

Michael: Over the past decade, what key trends have you’ve noticed in the African TMT market?

Adeoye: A key trend in the TMT industry is convergence. Once, it was easier to define a telecom business from payments or media. But we’re seeing a convergence in industries, for example, between payments, entertainment, and telecom. Now people want to use mobile devices to do everything. I think we’re going to continue to see this, especially regarding essential services. People talk about Africa being the last frontier and I think it’s about using technology to solve our biggest challenges. We’re going to see that convergence play out in agriculture, healthcare, insurance, and payments.

Michael: There’s a belief that the future of payments in Africa is mobile. Do you agree with this notion?

Adeoye: It’s easy to postulate about the future but I think we’re going to see more of the current systems we have solving more of the existing problems. We’re going to see a push around getting more people into the system while dealing with issues such as literacy and lack of infrastructure and trust.

When it comes to digital-first payment solutions, many people, especially the older populations, aren’t comfortable with not having physical offices to walk into when something goes wrong. That’s why we see several businesses in the agency banking space, enabling people to comfortably transfer money using the regular mom-and-pop shops close to them.

As we use this and people get more comfortable, you start to address other issues, such as giving people access to the right lending tools. There are already players looking to address this, using artificial intelligence and data points from mobile phones. I think we’re going to see more of such niche players. Those that are able to acquire the most customers and come up with solutions to address their biggest needs will win.

Michael: Mobile money accounts in Africa hit over 500 million in 2020. What are your thoughts on this growth as it pertains to financial inclusion?

Adeoye: I think the numbers are duplicated because there are no markets in Africa where you have exclusive arrangements for mobile money players. So an individual could open wallets with two or three providers. But specifically to your question, there are things I think are important to be able to grow financial inclusion through mobile money.

One is the cost of infrastructure. We need to find a way around making broadband more readily available to get more players involved in the space. Significant investments from the government are needed here to make broadband a lot cheaper and more accessible.

Then it’s important to build the financial services ecosystem in a way that these players come to operate together instead of in silos. Right now, it appears that the telecom, banks, and fintech players are largely working on their own. There has to be a regulatory environment and policies that encourage collaboration.

Lastly, trust is needed in the system. Players need to know that if they’re giving out loans, borrowers will not default. In more developed markets, you have unique identifiers like social security numbers. We don’t have that in Africa, although there’s progress on that front in some countries like Ghana, Kenya, and Nigeria. Similarly, the average person has to trust and be comfortable about carrying out transactions with their mobile devices.

Michael: We’ve seen services like agency banking become key in Africa. Do you consider them a more effective method for broadening access to financial services?

Adeoye:  I do believe there’s a place for agency banking in deepening financial inclusion. Agency banking’s advantage lies in the fact that the cost of deployment is a lot lower because you already have mom and pop stores with their own businesses. The fees they receive from agency banking are just an extra source of income for them. Also, they’re already known in the community, people can easily go to them when there’s an issue so there’s a bit of more comfort and trust for users. Hence, I think we need to keep supporting players in the agency banking space. More so, the potential for what you can do with customers that are on your platform is actually significant. From healthcare and insurance to power and lending, all of these services can be offered through these agent networks. So the potential for the space is growing. It’s important that we continue to integrate agency banking into other lines of business so that it becomes a seamless flow.

Michael: Many hold that Africa should focus on expanding 4G coverage instead of rolling out 5G. Do you think the continent’s ready for the next-generation network?

Adeoye: In my view, it’s just a matter of wrong framing. The real challenge is around infrastructure but the beauty of where Africa is right now is that we have the advantage of being able to leapfrog, similar to how we skipped the fixed telephony era to mobile phones. It’s like saying because we don’t have good roads, we shouldn’t use cars and instead use cattle and horses.

We need to look at the benefits of 5G. When you think about its speed, compared to 4G, we are talking about multiple speed levels. The potential implication of that on industries is significant, from outsourcing and healthcare, where you can have operations done remotely, agriculture, irrigation to gaming and broadly internet-enabled sectors. I think we need to do what’s necessary rather than continue to dwell in the past.

5G is here. We’re never going to be fully ready for it but we have to embrace it.  Africa needs to be thinking about growing internet speed and I know there are questions around security but we need to address those as we build. We can’t keep waiting for the infrastructure to be right before taking advantage of whatever generation of technology we have at the point in time. Most of the technology solutions we’re going to have in the future will require a faster generation network. So instead of building infrastructure for something that’s already passed, why not just grow into the new and take advantage of that?

Michael: How can Africa make sure populations excluded from existing networks benefit from 5G?

Adeoye: On this, there’s a need to build on some of the existing national broadband plans. On the private sector side, there are a number of players working to take connectivity to the hinterlands. We have Google’s Equiano, Starlink by Elon Musk, and others. These efforts should result in increased broadband coverage, access, and capacity, multiples of what we currently have. Also, 5G offers us an opportunity to build up essential infrastructure to ensure that even the remote areas are connected.

Adeoye: As they say, data is the new oil. Connectivity and data provide significant opportunities for Africa and these companies are realising the need to localise some of this data. In fact, that’s one reason why we participated in a $200 million debt and equity investment in WIOCC, which is building data centers across Africa. The rate at which data is being produced daily necessitates investments in data centers to help store this information and be able to use them appropriately. It’s also important to note that Africa has just 81 data centres, and the shortage is why leading players like Equinix and Oracle are coming into the space.

Michael: What are your thoughts on private equity investment in Africa’s TMT sector over the last few years?

Adeoye: It’s one area where we really need to demonstrate more success. I know that we’ve seen quite a number of unicorns emerge with more expected to come, but in a market of 1.2 billion people, the number of deals recorded has to increase. The TMT landscape needs to have more success, to attract even more capital. And so I think a lot more work needs to be done. The potential for the TMT space is so large in terms of creating high-quality jobs, helping out with transparency in government, and even helping people to be involved in elections.

Going forward, I think we’re going to see technology play an even increased role as more capital pours in. Businesses that can localise their solutions to solve the immediate needs of communities and people will be the winners. I expect more convergence, where businesses are able to blur the lines around what sector they’re really operating in. Also, there’ll be more collaboration across sectors to meet people’s needs.