Payroll tech heats up in Africa, on the heels of a booming fintech sector 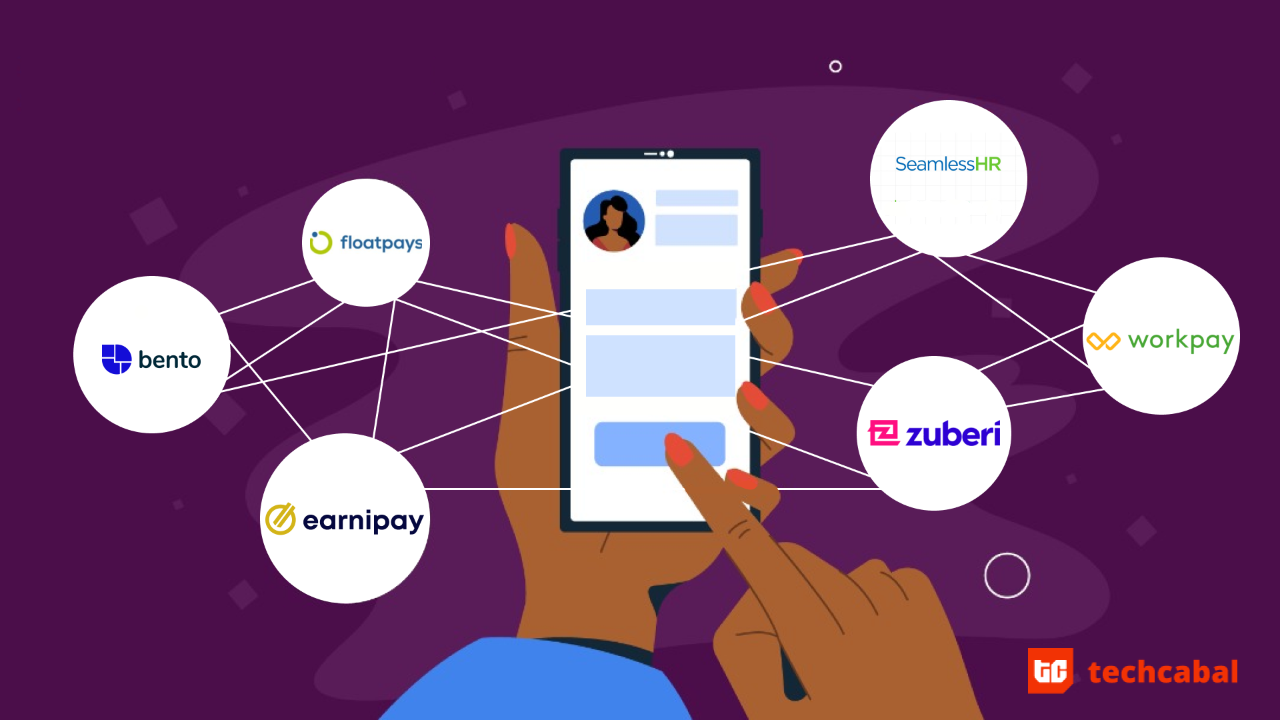 Payroll fintech players are on the rise in Africa. Image credit: TechCabal

Across Africa, innovation in the fintech space is at an all-time high as consumers increasingly rely on mobile financial services, startups roll out newer digital finance solutions, and venture capital investors incrementally back founders playing in this landscape.

Last year, fintechs accounted for nearly $3 billion, or two-thirds of all the investment secured by African startups, per a report by markets insights firm Briter Bridges. That’s more than double the $1.35 billion raised by fintechs in 2020 and three times the amount secured in 2019.

Amid the fintech boom, new frontiers are being explored by African entrepreneurs in the sector, one of which is payroll and corporate benefits management. In this sub-segment, a number of startups have sprung up—each with similar but distinct business models—looking to tap into the human resources management (HRM) market on the continent that’s historically relied on analog back-office processes.

One of the most notable players in this market is Bento Africa, a Nigerian startup founded in 2019, whose cloud-based solutions help African businesses automate the disbursement of salaries and other statutory remittances, including taxes and pension.

The company currently serves over 900 active Nigerian businesses across sectors, Bento co-founder and CEO Ebun Okubanjo told TechCabal in an interview. Last December, the startup announced an expansion to Ghana, Kenya, and Rwanda, and plans to set up operations in six other markets in Africa by the end of this year.

That announcement came a month after YC-backed Workpay, a Nairobi-based startup that also plays in the payroll and HR management space, expanded in the other direction aiming to tap small and medium-sized businesses in West Africa.

Founded in 2019, Workpay allows SMEs to easily manage and pay their employees from anywhere in Africa, and in a marked difference from Bento’s offerings, Workpay makes it possible for companies with remote teams to pay in 15 currencies across the continent as well as hire in Africa legally without the need to set up a local entity.

Workpay claims its platform currently supports 400 businesses and counts among its clients Flutterwave, Paystack, and Yoco. As of November 2021, the company processed $2.5 million in monthly payroll disbursements to banks and mobile wallets.

From payroll to employee benefits

Broader ecosystems are being created around the payroll fintech space in Africa, with startups doing much more than process paychecks and offering complementary benefits, including salary advances, loans, pension, health, and insurance covers.

“I believe it’s where the opportunity lies as the credit culture is only just beginning to take root in Africa,” the CEO said. Bento has partnerships with 5 banks, 2 of which power its loans. According to Okubanjo, the startup has processed up to ₦1 billion ($2.4 million) in loans since its launch, offered at flexible interest rates (between 2-5% per month), and with a default rate of around 1%.

Bento’s goal is to “redefine the intersection of work and life and transform the way people earn, spend and borrow on the continent.” To achieve this, it plans to start offering employees on its platform access to other third-party products and services, such as unemployment insurance, savings, and investments, all of which come at no cost to their employers.

More recently, a fast-emerging category in the payroll fintech space is earned wage access (EWA) platforms. Fintechs in this subcategory—such as Nigeria’s Earnipay and Ghana-based Zuberi Pay—partner with employers and financing companies to give employees flexible access to earned wages.

Salaried workers in need of quick cash between paydays have historically relied on borrowing from payday lenders, taking bank loans, or applying for salary advances. But these often come with exploitative interest rates, and the latter can plunge an employee into debt.

UK-born Julian Owusu founded Zuberi in 2020, a couple of years after he returned to Ghana as a footballer, and saw how his colleagues, in need of urgent money before payday, would borrow from loan sharks at interest rates as high as 50-60%.

“They didn’t really care because the pressure was on them and they just needed money today,” Owusu recalled in an interview with TechCabal. “That’s how I experienced the problem firsthand but it took a few years after I’d stopped playing football and became a product manager that I moved to solve this problem.”

Used by over 300 medium-to-large-sized businesses, Zuberi is an on-demand mobile employee benefits platform whose core product is a salary streaming feature that allows workers to access a part of their salary daily after they have worked. So rather than waiting till the end of the month, employees have the opportunity to withdraw their pay on-demand.

“Personal cash flow is too slow for somebody living in such a volatile market as Africa,” Owusu said. “There are so many unplanned events that completely throw people off any type of financial plan they have at the start of a month.” While the Zuberi service is free for organisations, the platform charges employees a transaction fee every time they use the app to access their salary early.

In an earlier interview with TechCabal, Earnipay co-founder and COO Busayo Oyetunji explained that the app allows employees to withdraw up to 50% of their daily accrued salary as earned at the time of access, at any time of the month.

Earnipay currently serves over 22 businesses with close to 5,000 employees, including outsourcing firms and HR solution providers in Nigeria. Some of its clients include Eden Life and Thrive Agric, whose “thousands of employees” have used the app to access their salary over 1,000 times, according to company figures.

In addition to offering employees an interest-free mobile alternative to digital loans, the plan for Zuberi, according to Owusu, is to be an all-in-one platform “hosting a suite of products that allows African workers gain access to various benefits that impact their lives instantly.”

As with almost all sub-sectors in fintech, payroll-focused startups have attracted notable venture capital funding in recent years.

In August 2020, Workpay received $2.1 million in seed funding to accelerate expansion to other markets, beginning with Nigeria. The funding was led by Kepple Africa Ventures—which previously invested $100,000 in the startup in 2019—with participation from Y Combinator and several VC and angel investors. The startup also got equity-free funding from Google. At the time, WorkPay was processing payrolls for more than 25,000 employees in Kenya and had more than 300 small and medium businesses on its platform.

In January, SeamlessHR, a Nigeria-based company that offers HR and payroll software closed a $10 million Series A funding round, led by pan-African VC firm TLcom Capital, for its next phase of growth and regional expansion. The company’s eponymous product is a cloud-based, end-to-end HR software that helps businesses manage and streamline their entire human resource processes and workflow. Its product suite includes management systems including payroll.

Earlier this month, Earnipay announced a $4 million seed financing round led by early-stage venture capital firm Canaan. YC-backed South African wage access startup FloatPays, which plans to expand across the continent, also recently grabbed $1 million in funding from Naspers Foundry, topping up the $4 million round it announced in January.

It’s easy to see why investors are backing payroll fintechs or broadly tech startups digitising the administrative stack for companies. For one, the appetite for cloud computing solutions by organisations is growing in Africa. From an estimated market size of $14.2 billion in 2021, the Middle East and Africa’s cloud computing industry is expected to grow to $31.4 billion by 2026.

Brendan Dickinson, general partner at Canaan, said the VC firm has seen earned wage access grow rapidly in many markets and believes it’s “a natural fit” in Africa while explaining the rationale behind backing Earnipay.

However, the size and readiness of the African economy for software services is relatively small and nascent compared to a market like the United States. “If we were an American company, we’d probably be doing 6x growth for the efforts we put in because the economy is bigger,” SeamlessHR CEO Emmanuel Okeleji told TechCabal during the company’s fundraising announcement.

For EWA fintechs looking to enhance the financial well-being of employees, some of the threats inherent in loan-taking and salary advances may come up. Earnipay founder and CEO Nonso Onwuzulike noted that an earner unable to manage their personal finances may unnecessarily dip into their salary before payday, and still struggle to control their finances.

Zuberi’s Owusu added that it’s crucial to bring onboard companies that are committed to paying salaries on time in order to run a successful flexible salary fintech. And to increase chances of repayment, Bento Africa requires employees that apply for its loans to take unemployment and health insurance covers.

These are some of the challenges that payroll and employee benefits platforms in Africa have to grapple with as they build and scale. Nonetheless, the emerging tech sub-sector is surely one to keep tabs on as Africa’s broader fintech space continues to thrive.

Also, as financial wellness gains precedence across organisations, these fintechs are well-poised to serve a generation of a financially literate and tech-savvy workforce. And for employers, offering EWA as part of a robust HR benefits package through startups is an opportunity to provide a high-value benefit for a relatively low cost.

“It can demonstrate a company’s commitment to the wellbeing of its workforce, helping employers stand out from the crowd in the competition for talent and talent retention,” Earnipay’s Onwuzulike added.