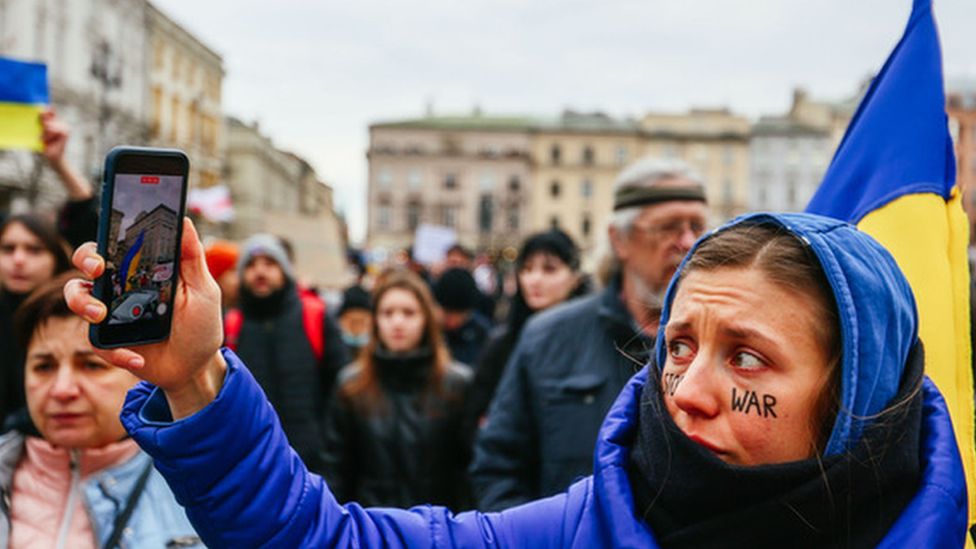 Social media is crucial to this war. Image source: gettyimages

On February 27, Nigerian web designer, Olalekan Owonikoko was away from Twitter when a friend shared a screenshot of a tweet from his account, knowing fully well that it wasn’t the kind of post Owonikoko would make. After seeing the screenshot, Owonikoko was confused as he hadn’t made the post.

A few days before this, the Russian government launched an offensive on a neighbouring eastern European country, Ukraine. But we are an internet world, so the war has also gone to social media, with each side trying to control the narrative online. A huge propaganda war is ongoing and social media has been crucial for sharing updates, and misinformation, about the war. TikTok was used to share updates on the Russian army’s march to Ukraine, while on the other side of the war, a 27-year-old Russian TikTokker Niki Proshin live-streamed an anti-war protest in Russia. Photo sharing app, Instagram, is being used by independent journalist Ilya Varlamov to record videos and take pictures that represent his version of Russia’s military action. In a matter of days, Ukrainian influencer Anna Prytula moved away from her lifestyle posts to show footage of missiles attacking her country on Instagram. Social media has also seen the rise of “war pages”—Instagram meme pages that promise to share updates on the Ukraine conflict but are fake pages hoping to get money from advertisements.

On February 26, social media accounts linked to Buffer, the social media scheduling tool,  were hacked to spread support for Russia’s invasion of Ukraine under the hashtag #SupportRussia. “It was clearly not the kind of content I would share,” Owonikoko said. “My friend knew this and wanted to be sure I hadn’t shared such a thing. I took a minute to be sure I hadn’t engaged with any content like that and accidentally shared it. It was clear my account had been hacked,” said Owonikoko, who noted that though his Twitter account is set up on Buffer, he rarely uses the app.  Like most propaganda and disinformation campaigns, the accounts shared the same tweet, with the same social media asset, and at the same time.

Buffer released a statement on February 26, where it acknowledged that Buffer accounts had been hacked to share unauthorised posts that support Russia’s invasion of Ukraine. Buffer revealed that 1,552 accounts were affected, while 618 accounts posted 766 unauthorised content across Twitter, LinkedIn, and Facebook. Buffer revealed in its statement that none of the 1,552 affected accounts had 2-factor authentication (2FA) enabled, and attributed the hack to reused passwords.

Twitter user, @Downtownrob, revealed that he doesn’t have two-factor authentication (2FA) on his account, and uses a virtual assistant, Fancy Hands, which publishes WordPress articles for him via Buffer.

This is not the first time Russia has tried to shape international opinion about its invasion of Ukraine. Back in 2014, when Russia annexed the Crimea Peninsula, a network of trolls, bots, and spam accounts focused on denying military presence in the Peninsula. However, Russia’s disinformation campaign goes beyond Ukraine;  they affect users everywhere. For instance, a Facebook threat report released last May revealed that Russia’s biggest disinformation campaigns targeted Ghana, the US, and Mexico.