Meet the Nigerian filmmaker who is taking African art to Hollywood 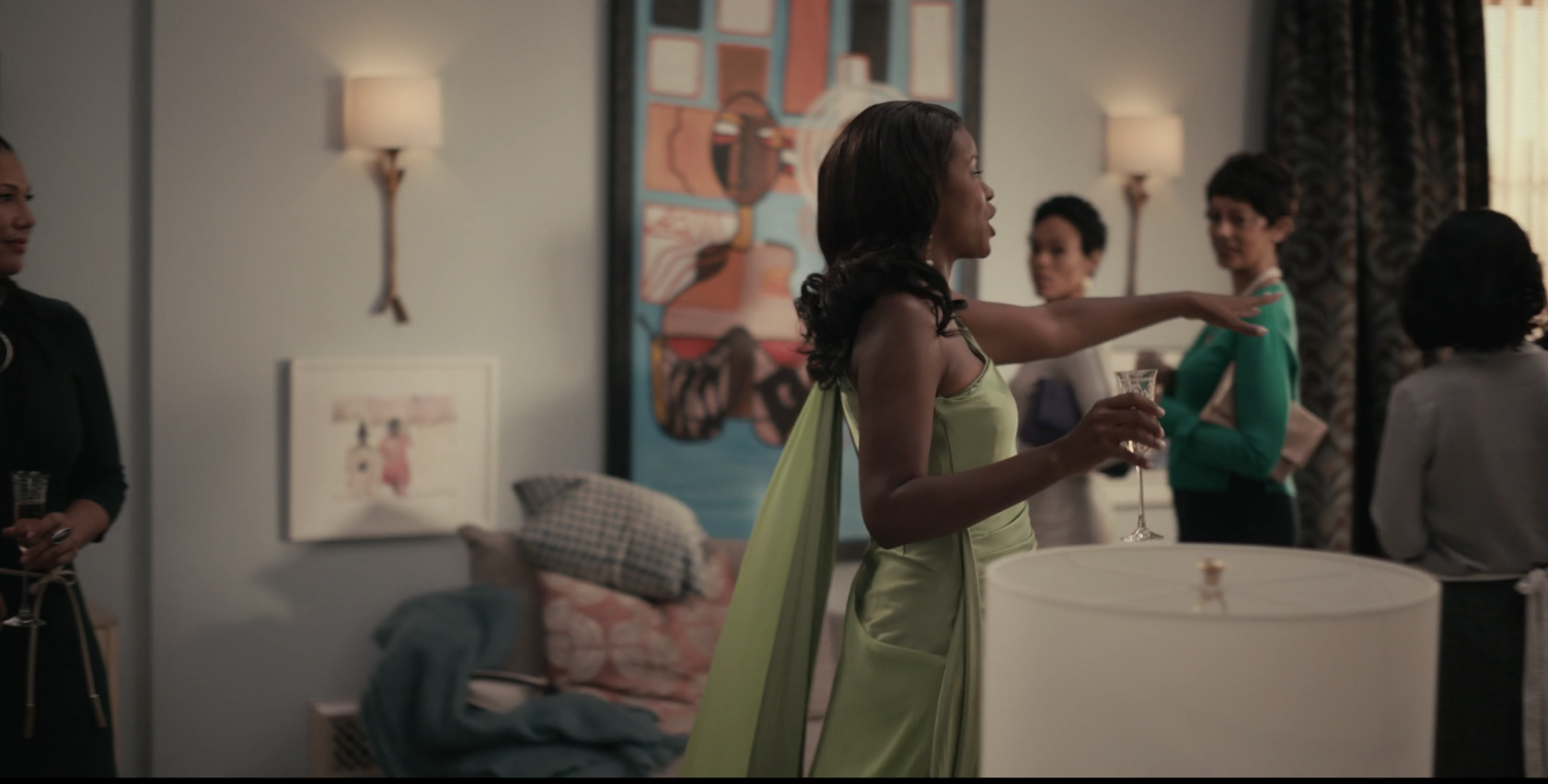 Beautiful Family by Bright Osodalor hanging in the background of a scene in the ongoing sitcom, Bel-Air.

When Okedoyin Oluwatosin is a Lagos-based Nigerian artist was evolving his art, ArtDey, an African online art marketplace, offered to help him sell them. The few sales ArtDey made encouraged Okedoyin to further evolve his art, today, he has gone global.

ArtDey—co-founded in 2020 by Chioma Onyenwe, a 33-year-old filmmaker, and her siblings: Emeka Onyenwe and Adaobi Onyenwe—is an online marketplace that connects contemporary African artists to a global audience. Onyenwe studied economics at the University of Lagos, before going on to the Imperial College in London for a master’s in management.  Before going into film full-time in 2013, she had worked in investment banking and consulting for firms such as Chapel Hills and Accenture, for a few years

In 2013, she got her first job in the film industry as a programme coordinator at the Africa International Film Festival (AFRIFF); she left the organisation last year after some time as its artistic director. In 2014, she benefited from Project Act Nollywood, a programme created by Nigeria’s federal government to fund filmmakers for production and distribution and capacity building. With help from the programme, she produced her first short film 8 Bars and a Clef through her production company, Raconteur Productions, back in 2015. Since then, she has worked across different mediums—theatre, podcasting, and documentary filmmaking.

Onyenwe, who has been collecting African art since 2015, went to collect art in an art market in Kenya in March 2020 but found she could afford only 1 of the 2 paintings she liked. She decided she would return to the art market later for the second painting, but, during that weekend, Kenya recorded its first COVID cases and was set to close its airports. Onyenwe had to take the first flight on Monday back to Lagos. She never went back to the art market, and never got the piece, mostly because there wasn’t a way to move the artworks across countries.

Fast forward to June, Onyenwe visited the art markets in places such as Jakande and Muri Okunola in Lagos, but they were empty, and the shops that opened did so on specific days. These markets were tourist attractions, but air travel restrictions, because of COVID, had shrunk their sale of art pieces.

Onyenwe created ArtDey’s website in June 2020 to supply art to collectors outside Nigeria. At the end of June that same year, the website went up. Apart from trying to help relieve the struggles of these artists, Onyenwe revealed that, at the time, she, too, was struggling as the pandemic had destroyed her plans for the year, and she needed to get something to work.

ArtDey set out to provide a platform for local and emerging African artists who are not digitally savvy enough to use the internet to connect to a global audience themselves.

ArtDey wants to supply art to people who want to buy art simply because they like the work’s colours, or it fits their house curtains; they don’t need to read deep meaning into these pieces. “Everybody can own a piece of African original art.”

ArtDey organises physical pop-ups—and has done 8 of them—to introduce art to people who wouldn’t normally go into galleries, by going to public spaces, such as bars, and selling art pieces for prices ranging from ₦30,000 to  ₦200,000. This pricing, Onyenwe noted, was to help buyers make a decision on the go. The pop-ups have taken place in Abuja, Lagos, and Copenhagen.

Onyenwe noted that the pop-ups and exhibitions were prompted by Nigerians’ consumer behaviour which makes it difficult to sell art pieces that were sometimes above the country’s minimum wage without a physical presence. Nigerians, she noticed, are not used to standard-sized measurements which are important to selecting art pieces’ sizes. “If I tell a customer an art piece is 42 inches by 42 inches, for example, they wouldn’t know what that looks like. They tend to ask to see if it can fit the space in their house.” This is because their buyers are not your traditional collectors who probably have bigger houses and have experience in interacting with African art. So, the people we sell to tend to buy for functionality.”

Initially, ArtDey found it difficult to convince local artists that they weren’t a swindler trying to rip them off by taking pictures of their art and replicating it. But the artists got convinced as soon as their pieces sold. ArtDey only picks up the art it displays from the artist online when it sells it. This gives the artists the opportunity to sell on their own. Today, these artists are leaving their pieces with ArtDey and even creating collections for ArtDey.

In the last quarter of 2020, ArtDey tried to target Nigerians and Africans in the diaspora, whom it suspected most likely felt an affinity to African art. It started cold emailing set designers and cinematographers, but despite interest, no production house took up their offer; lockdowns had not been completely lifted, so production had not properly opened up.

Normally, filmmakers acquire a licence from artists to use a replica of their works on set, but Onyenwe wanted to get the original works to these filmmakers at a lower cost.

Morgan Cooper, Bel-Air’s director, expressed interest in ArtDey’s artworks. So, Bel-Air, a re-imagination of the award-winning 1990s sitcom The Fresh Prince of Bel-Air, bought over 10 art pieces belonging to artists on the streets of Lagos: such as Bright Osodalor, Abiola Daniel, and Bertha Onyekachi, from ArtDey.

When ArtDey launched, it had 3 artists on board and sold 5 pieces in its first week. Today, it has been in operation for 20 months and has sold about 300 pieces.