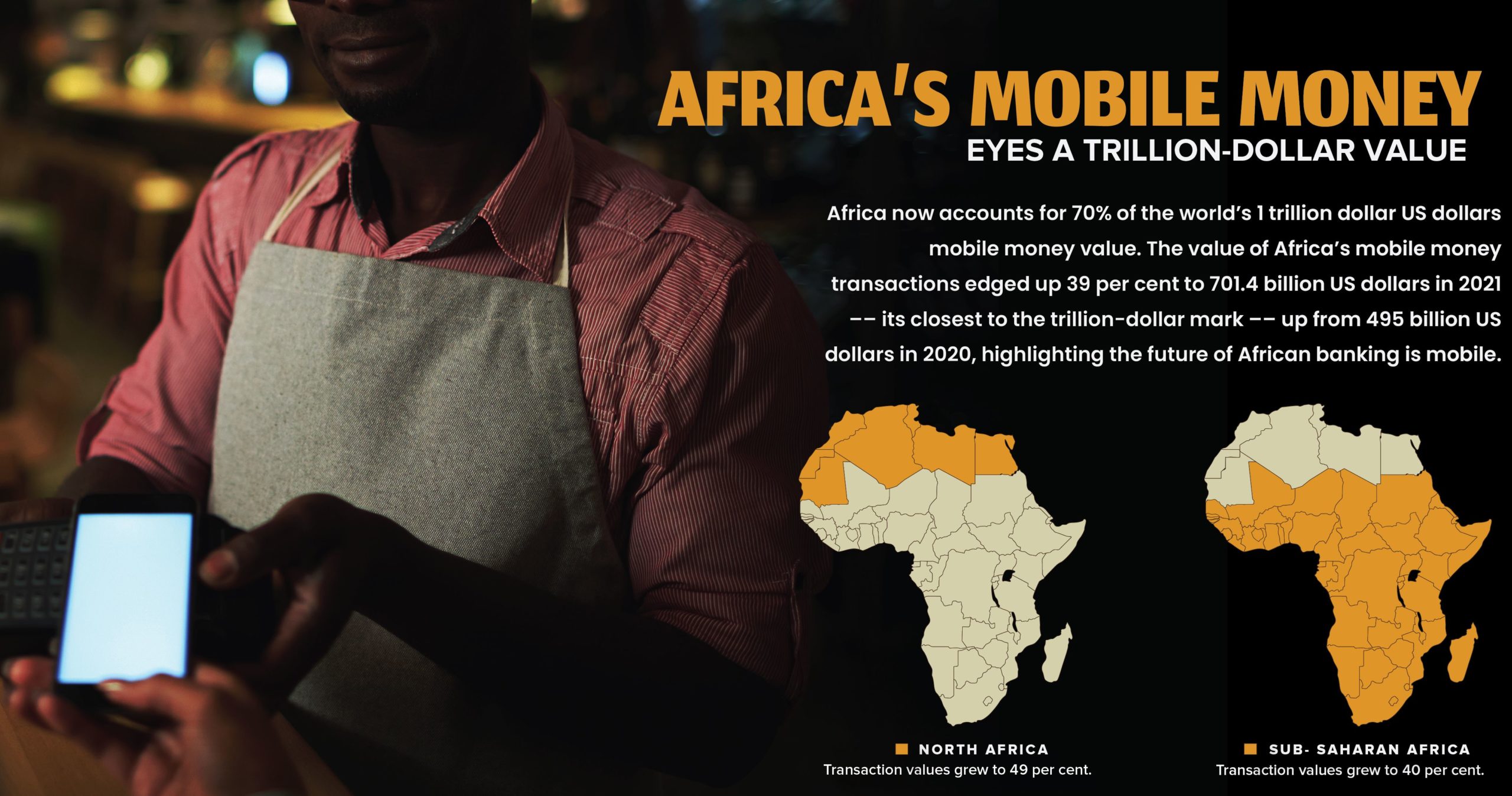 This article was contributed to TechCabal by Seth Onyango, bird story agency.

In the review period, registered mobile wallets in Africa topped 621 million, a 17 per cent increase from 562 million captured in 2020.

There are now over 184 million active mobile money wallets on the continent compared to 161 million accounts just over a year before.

According to Ashley Olson Onyango, Head of Financial Inclusion, GSMA, although the use of mobile money has become a global phenomenon, African users remain a significant driver – accounting for 70 per cent of the 1 trillion US dollars in transaction value.

“As a result, businesses and individuals alike have benefited from this fast-paced digitisation of payments, unlocking access to more products and services, building financial resilience, and bringing about commercial opportunities,” she said.

African mobile money ecosystem is also rapidly diversifying as is the rest of the world, from business-to-consumer (B2C) to Business-to-business (B2B).

“A key feature of the industry’s progress in the past years has been mobile money’s rapid diversification beyond its key traditional use case: person-to-person transactions (for example transferring money to family and friends),” Onyango said.

While the trillion-dollar mark was a long-awaited goal of the industry, the GSMA had initially predicted it would not be achieved until 2023.

But several years of strong growth have prompted earlier forecasts to be revised more than once, due in part to the push for digitisation during the COVID-19 pandemic.

“Cash-in, cash-out and person-to-person (P2P) payments still account for the bulk of value, but more people in LMICs are living increasingly digital lives thanks to mobile money – paying bills, school fees and a variety of online and offline merchants through mobile money accounts. These different use cases will be examined more closely in the next chapter, the report reads in part.

Transaction values grew fastest in the Middle East and North Africa (49 per cent), Sub- Saharan Africa (40 per cent) and Latin America and the Caribbean (39 per cent).

In the coming years, the GSMA projects account for growth to come from both long-established mobile money markets and markets where mobile money services are still nascent, especially in South Asia and African countries such as Nigeria, Ethiopia and Angola.

“In 2021, as in past years, the vast majority of new active (30-day) accounts were added in Africa and Asia, specifically Sub-Saharan Africa, East Asia and the Pacific. However, the fastest growth by far was in the Middle East and North Africa (MENA) region due to remarkable growth in the Middle East,” GSMA said in the report.

“Although the region represents just four per cent of the industry, new active accounts were up 68 per cent, followed by Latin America and the Caribbean (34 per cent) and East Asia and the Pacific (23 per cent).”

It further shows that the mobile money industry is more global than ever before.

In 2012, mobile money was largely an East African phenomenon, with Sub-Saharan Africa accounting for 84 per cent of all active (30- day) accounts.

In 2021, the mobile money map was redrawn, with Sub-Saharan Africa seen accounting for just over half of active accounts and South Asia for 20 per cent, surpassing East Asia and the Pacific (19 per cent).

“In the span of a decade, the number of mobile money providers almost doubled and their reach grew dramatically. In 2012, most services (83 per cent) had fewer than 100,000 active accounts and only four (2 per cent) had more than a million active users,” the report shows.

“By 2021, this number had swollen to 67 services (22 per cent) and the landscape was much more complex, with services of all sizes.”