How Klasha is solving the Africa’s e-commerce challenges 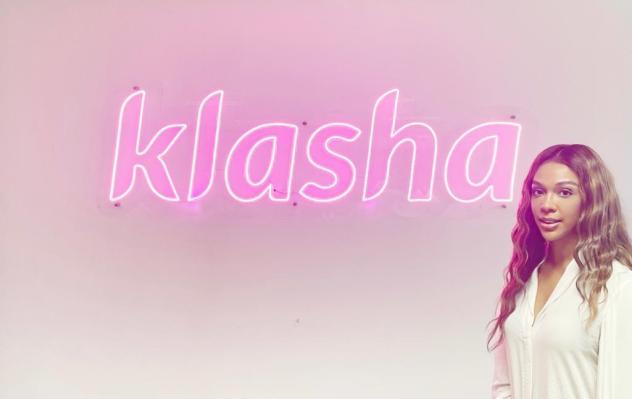 Before now, Africans preferred to make payments with cash and physically go to retail shops to get their goods themselves. Many of them did not possess bank accounts or have debit or credit cards. Mobile phone ownership and internet access were also not commonplace. In fact, it took a lot of trust to get them to shop online. Businesses that wanted consumers to pay online struggled to make bank in African markets.

But this is fast changing as this historical infrastructure deficit gets corrected and COVID-19 pushes consumers to adopt online commerce.

Today, there are an estimated 495 million (or 46%) of the continent’s population owning a mobile phone and 303 million subscribed to mobile internet. These numbers are expected to grow to 615 million and 74 million by 2025 respectively, per GSMA data. According to reports, 86% of adults in Kenya, 48% in Nigeria, and 79% in South Africa have access to bank accounts. Africans are also getting comfortable with moving money on their mobile phones, with Africa accounting for $701.4 million (or 70%) of the world’s $1 trillion worth in mobile money transactions.

While online shopping is still nascent on the continent, African tech startups are jumping in to solve the hard problems of making ecommerce work in Africa. One of them is Nigerian ecommerce company Klasha which, since its launch in May last year, has raised a  $4.5 million seed round, over 2 tranches last October and June, with investors such AMEX Ventures, Global Ventures, Greycroft, and Seedcamp participating.

Klasha’s success reflects the massive potential ecommerce has on the continent, especially the appetite of Africans to seek and pay for goods and services outside the continent. It is tapping into this huge potential by solving payment issues merchants and consumers face when they pay for products online via different payment methods across countries.

Klasha has an ecosystem of consumer and business-facing solutions that are connected to one API and help facilitate cross-border commerce. Klasha’s core product is the Klasha Checkout which allows ecommerce platforms, websites, apps and consumers to pay international online merchants in African currencies, while the merchants receive the payout in G20 currencies: dollar, euro, and pound. This incentivises these global merchants to expand their services to African consumers.

Klasha Cart, an app, started out by allowing Nigerian customers to generate virtual dollar cards they can fund to send and receive money worldwide. It also allowed them to spend beyond the $20–100 monthly limit imposed by the Central Bank of Nigeria on debit cards issued by deposit money banks. The app has evolved to allow African consumers to pay global retailers including fashion products on Asos, Zara, and H&M, and streaming services like Spotify and Apple Music.

Another of Klasha’s products, KlashaWire, allows small businesses to make payments with their local currencies to their suppliers in other countries, who according to Klasha, will receive the payment within 3 working days.
Payment Links allows merchants without an online storefront to receive payments from African customers by just generating a simple payment page they can share via social media or email.

Since launching in May 2021, Klasha has signed up over 1,700 merchants, processed over 210,000 transactions, and is experiencing 15% MoM merchant growth.

TechCabal caught up with Klasha CEO and co-founder Jessica Anuna on a video call to understand Klasha’s progress in the past year. She explained that slow delivery of customer goods, the unreliability of payment methods, and the refusal of ecommerce platforms to allow African consumers to pay with their currency pushed her to build their ecommerce solutions in the first place, notably the checkout and logistics feature.

But Anuna doesn’t believe that one company can tackle the big problems ecommerce is known for on the continent, which is why she encourages partnerships between ecommerce players and data analytics, logistics, storage, and warehouse service providers to solve some of the biggest problems in the space.

“The core mission and vision for Klasha are to streamline cross-border payments, help African consumers frictionlessly reach the goods and services they want outside of the continent, and in turn merchants outside of Africa can access consumers in Africa who want to buy and access their goods and services,” Anuna told TechCabal on the call.

Anuna said that Africa’s fast-growing population, a growing middle class, and consequential increase in consumer spending have created a huge market for merchants and a lucrative opportunity for venture capitalists to fund the tech startups that connect merchants to the continent.

“I think a lot of VC funds looking at Africa right now are able to see the route to scalability which, ultimately, is what VCs want to see. The market here in Africa is very nascent. Ecommerce is less than 10 years old. So that means there are a lot of opportunities to develop and scale the business. And we know that the fastest growth happens when there’s a lack of development,” Anuna added.

Klasha is also choosing its investors wisely, and one of the ways it has done that is by receiving investment from AMEX, the investment arm of the American Express bank. AMEX’s support will give Klasha access to the vast expertise and network of the giant bank, giving them a firsthand look at how it handles payment processing, scaling businesses across borders, and other challenges she is sure Klasha will soon face as the startup continues to grow.

KlashaCart, its consumer product, has an in-app store that allows consumers to purchase fashion and electronics products with naira and get them delivered at their doorsteps between 7–14 working days. Anuna said that the app is growing about 15% MoM, and has accumulated over 45,000 users since October.

On top of the Checkout and Cart is Klasha Logistics, which allows merchants’ and retailers’ goods and services to reach African buyers’ doorstep within 7–14 days.

As Africa’s middle class grows, consumer spending on ecommerce on the continent is expected to rise from $16 billion in 2016 to $75 billion by 2025, coupled with a solid 1.3 billion population poised to reach a quarter of the world’s population by 2050 are all critical indicators for Klasha to build a suite of ecommerce products.

Flushed with funding, Klasha wants to deepen product penetration in the 6 African countries it currently operates: Nigeria, Zambia, Tanzania, Uganda, South Africa, and Kenya. It plans eventually to scale to other African countries and currencies. It wants to deepen its product by doubling down on consumer and merchant marketing to raise awareness about them. It intends to relaunch its consumer app, KlashaCarts, and expand to Kenya in the coming month.

Due to the nascency of ecommerce in these countries, Anuna said Klasha has had to engage in education campaigns to effectively sell ecommerce as an alternative to commerce. Another thing Klasha has to worry about is localising payment methods, marketing and its overall messaging.

Klasha’s marketing strategy ranges from ensuring that its product is solving an actual problem for its new market and targeting the right customer segment.

Last year, in an interview with TechCabal right in the middle of Klasha’s launch, Anuna revealed that a key metric to measuring Klasha’s growth will be the number of major online stores and marketplaces it has convinced to integrate Klasha Checkout. Klasha has made considerable progress on that end by landing integration with WooCommerce, OpenCart, Wix, and Squarespace.

Another metric, she said, would be its ability to acquire 5,000 merchants, and when TechCabal asked her how that was coming along, she said that Klasha’s merchant acquisition is growing at about 20% month-on-month (MoM). She also revealed that Klasha has seen a 17.5% MoM growth in terms of transaction volume and has processed over 210,000 transactions.