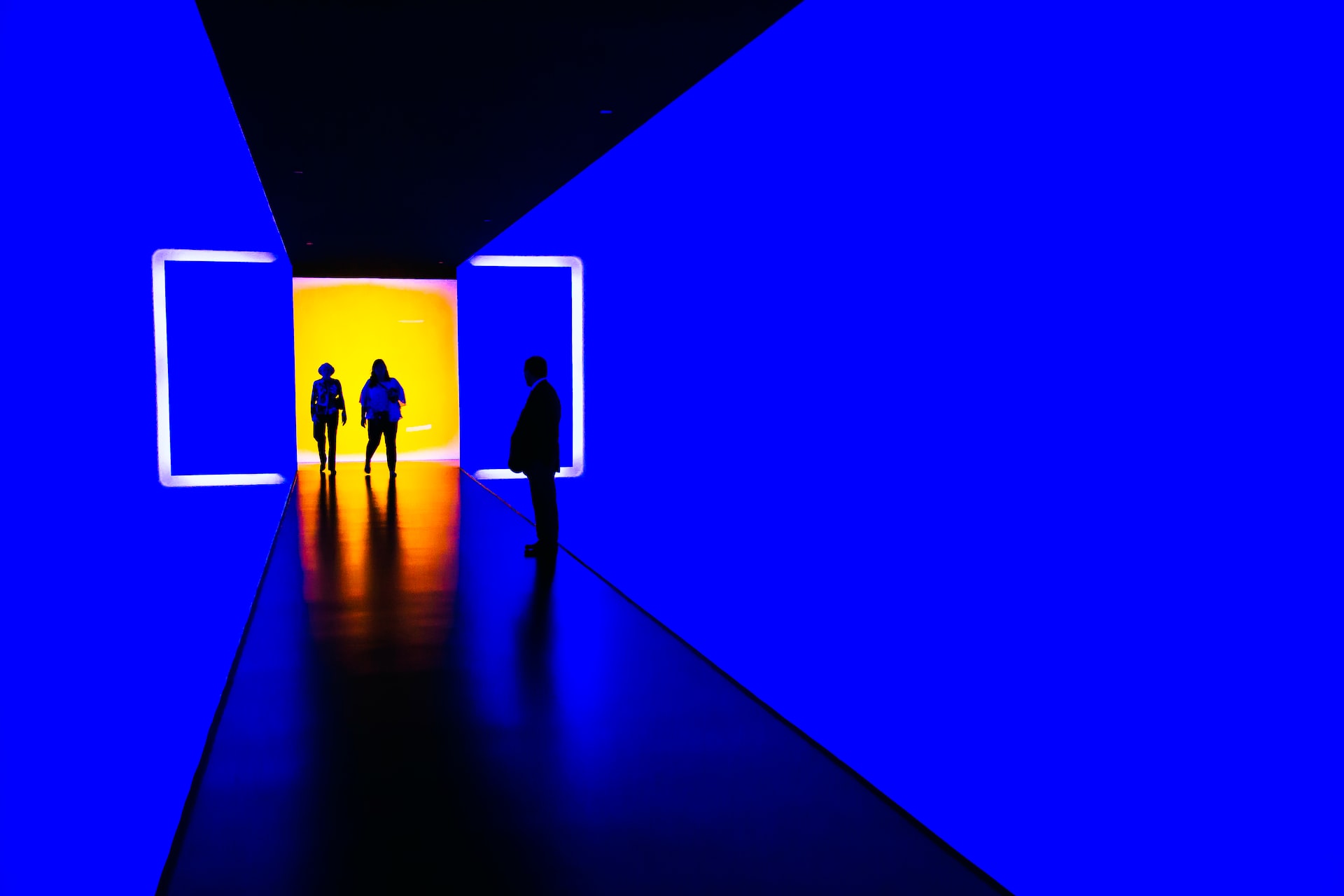 Where is the perfect place to raise African innovation? Photo: Werner Du plessis/Unsplash

Most of Africa’s fast-growing tech companies—the corporations that may well represent Africa’s business landscape in the coming decades—are set up outside Africa, with an overwhelming majority choosing Delaware in the US. That fast-growing tech companies choose Delaware is not unique to Africa. It is not uncommon for startups from South America, Asia and even Europe to choose to incorporate in Delaware. And in the US, more than half of publicly traded companies, and two-thirds of the 500 biggest companies by revenue, are formed in the state of Delaware.

The boom in startup investing in Africa and the preference for incorporating in Delaware has spawned a small but growing legal industry of African companies that specialise in helping African businesses create Delaware entities. Last year, two such companies, Sidebrief and Norebase, had a Twitter spat over what Sidebrief claimed was its intellectual property (IP). Besides helping businesses register in Delaware, Sidebrief and Norebase help tech companies incorporate in the African markets. Although both companies were co-founded by Nigerians, Sidebrief tweeted that it would seek redress in a Delaware court, presumably because the state’s laws expedite the resolution of problems like this.

Sidebrief’s statement underscored the appeal of Delaware to companies and investors alike.

But incorporating outside Africa is not without risk.  Besides tax complications and added costs, an ecosystem that is overly dependent on external resources—not just capital—is just as vulnerable to external shocks.

As African startups raised record amounts from foreign investors between 2020 and 2021, the debate over what made a startup “African” lost steam. That is, until early this year when Mercury Bank, a digital bank for startups, blocked the bank accounts of several African companies. According to Immad Akhund, Mercury Bank CEO, the freeze was made because its “partner bank noticed unusual activity and asked them to lock and investigate a large set of accounts with linked activity.”

Akhund’s explanation did little to douse the flames. A disappointed Perseus Mlambo, co-founder and CEO of Union54, tweeted, “What seems more likely [is] that all the African startups using Mercury Bank were involved in fraud, or Mercury Bank’s infra bank saw the sanctions in Russia + realised they had all these non-white customers and ran a search. ‘If customer is black + not in Murica, fuck em.’ ”

Mercury Bank’s issue with the accounts was eventually resolved, but the conversation about African startups, where they are set up, and an African innovation hub continues.

Regardless of the kumbaya protestations, African startups do not really have a say in the matter. Since most of Africa’s venture capital comes from foreign investors—and even Africa’s elite elect to stash their money overseas—investors call the shots. Until local capital finds the startup asset class interesting enough and capital policies evolve, not much will change.

Local stakeholders in Africa’s venture space, however, seem determined to change this. Alongside the slew of startup legislation making their way through the legislative process in many African nations, some tech leaders are choosing to build direct alliances with governments who say they want to be open to digitally-enabled businesses.

There are really two parts to this movement. The first concerns where a startup is incorporated, usually as a holding company, for the purpose of investment. The second is concerned with innovation hubs—usually regarded as the operation hub—places where African tech talent can build, test and roll out early products.

Mlambo, the Union54 CEO, is part of a group of tech founders and operators in Africa who want to make Zambia a haven for tech businesses. In a report published in January this year, he told Rest of World that more than 40 African startup founders and organisations, including Kuda Bank, Risevest, Ethereum Foundation, BongoHive, and Lagos-based Co-Creation Hub, are working on this project.

The case for Zambia is easy to make. In 2021, Hakainde Hichilema was elected president on the back of promised business and economic reforms. The new administration has been hailed for its creativity in handling a debt crisis that is well over 100% of the country’s gross domestic output, and its dexterity with foreign relations. With many African nations, and even Zambia itself, battling crushing debt crises, the Zambian kwacha has gone up against the dollar at a time when even the British pound is sliding fast relative to the dollar.

This type of stability in foreign exchange rates is not a luxury which African startups operating have. Clearly, the leaders of some of the continent’s tech companies are hoping the government can extend some of the creativity it has received praise for, to accommodate venture capital-backed businesses.

Semi-autonomous Zanzibar is the latest African jurisdiction wooing entrepreneurs to set up their businesses. Led by Zanzibar’s Ministry of Investment and Economic Development and a few African tech companies, including Kenya’s Wasoko, the island wants to be known for more than being a scenic destination. In March this year, Wasoko announced it had raised $125 million in a Series B round that valued the company at over $625 million.

Wasoko founder and CEO, Daniel Yu, told TechCabal that the company had been searching for the perfect place to set up its global tech office “the reason we ultimately decided against, you know, a Dubai or London, was because we wanted to build the technology and still have our tech people in close proximity to potential customers.” The company is preparing to set up its global tech headquarters in Silicon Valley, and employees are already moving to Zanzibar. The heart of the Silicon Zanzibar hub will be Fumba town, a scenic village on the southwest end of Unguja island overlooking Menai bay on the Indian Ocean.

“We are providing an open and enabling environment for all tech companies and their team members to be based in Zanzibar, one of the world’s most attractive destinations, allowing everyone building tech for Africa to be based in Africa.” Mudrick Soraga, Zanzibar’s Minister of Investment and Economic Development told local press

Other contenders for this position, include Mauritius, a longtime favourite of Africa’s rich and powerful that is working to shed the tax haven garb that attracted capital and defined the island nation for decades. The island nation has launched a long-term visa for digital nomads, created a Fintech Innovation Lab, tightened lenient tax rules and got the European Union and Financial Action Task Force, the global money-laundering watchdog, to remove the island from their respective lists of countries under close monitoring.

With most of its tax advantage gone, Mauritius is betting that its fintech regulatory sandboxes, new licences and rules for digital-assets peer-to-peer crowdfunding like the recently passed the Virtual Asset and Initial Token Offerings Services Act 2021 will lure the fintech and crypto crowd to the island.

Arvin, an employee of Juris Tax, a corporate advisory firm in Mauritius, told TechCabal his firm is getting more business already. A lot of that business, he explains, comes from Egyptian startups. Egyptian firms come to Mauritius because Egyptian laws do not provide adequate protection for minority shareholders. Egyptian startups which set up holding companies in Mauritius are also able to issue stock-based compensation to their employees. In 2012, Egypt and Mauritius agreed to cooperate on taxes, one of the 17 tax treaties Mauritius has signed with African countries.

Yet, some African founders and investors are unconvinced. The 2019 Twitter thread where Paga founder and CEO, Tayo Oviosu, vowed to never incorporate a business in Mauritius is usually referenced in conversations. “I will NEVER register a business in Mauritius again. You can take that to the bank. So painful—not worth it,” the first tweet in the thread read. In May this year, another founder, Eric Asuma of Hisa, also complained: “From experience, maintenance is very expensive.” Juris Tax,  says maintenance for companies registered under the Global Business Company structure can cost up to $11,000 in the first year and between $4000 and $5000 subsequently.

Juris Tax also has offices in Rwanda, another destination that regularly comes up in tech hub conversations. In 2019, Swedish coworking space and investment fund Norrsken Foundation announced the launch of its first entrepreneurship hub outside the Scandinavian nation in Kigali.

Whether registered in an African country or not, Africa’s tech companies are struggling to retain top tech talent. Nigeria’s ‘Japa’ wave—where tech talent opt for academic or work opportunities in North America and Europe over working in the continent’s growing tech industry—does not seem to be stopping any time soon. Especially as the UK signals that it is actively looking to attract more African talent through its Global Talent visa programme.

In Kenya, local startups are losing the talent war to big firms, Microsoft and Google who pay monthly salaries of up to $2500 for junior roles and upwards of $10,000 for senior roles.

Local startups cannot compete on salaries but they are also losing talent who want a better quality of life in Europe. Wasoko’s Yu says this is one advantage of Silicon Zanzibar. “It’s a big attraction. You can, you know, be pitching to engineers and saying, ‘Hey, instead of hustling around in traffic, you know, in Nairobi or Lagos or Johannesburg or something like that. Why don’t you come here? You know, live in a peaceful environment?”

Maybe African startups do not need a perfect nursery. No silicon Africa, no African Delaware.  Innovation depends on connecting many different pieces held together by talent and capital. And both talent and capital can be queasy and unreasonable in how they move regardless of what perks are on offer. Delaware is winning because capital, especially the venture kind, likes the American state.

An African alternative to Delaware will not be automatic and cannot be wished into existence. An African Silicon Valley built on talent is a different matter. Unlike capital, talent can switch locations easily. Even better, an African innovation hub could attract global talent to move into tech-oriented travel destinations in Africa from anywhere in the world.

For those who earn enough (in money and HR clout) to make the switch, Zanzibar is not a terrible place to live in, the entire place is a destination island. A purpose-built Fumba Town can hardly be worse.