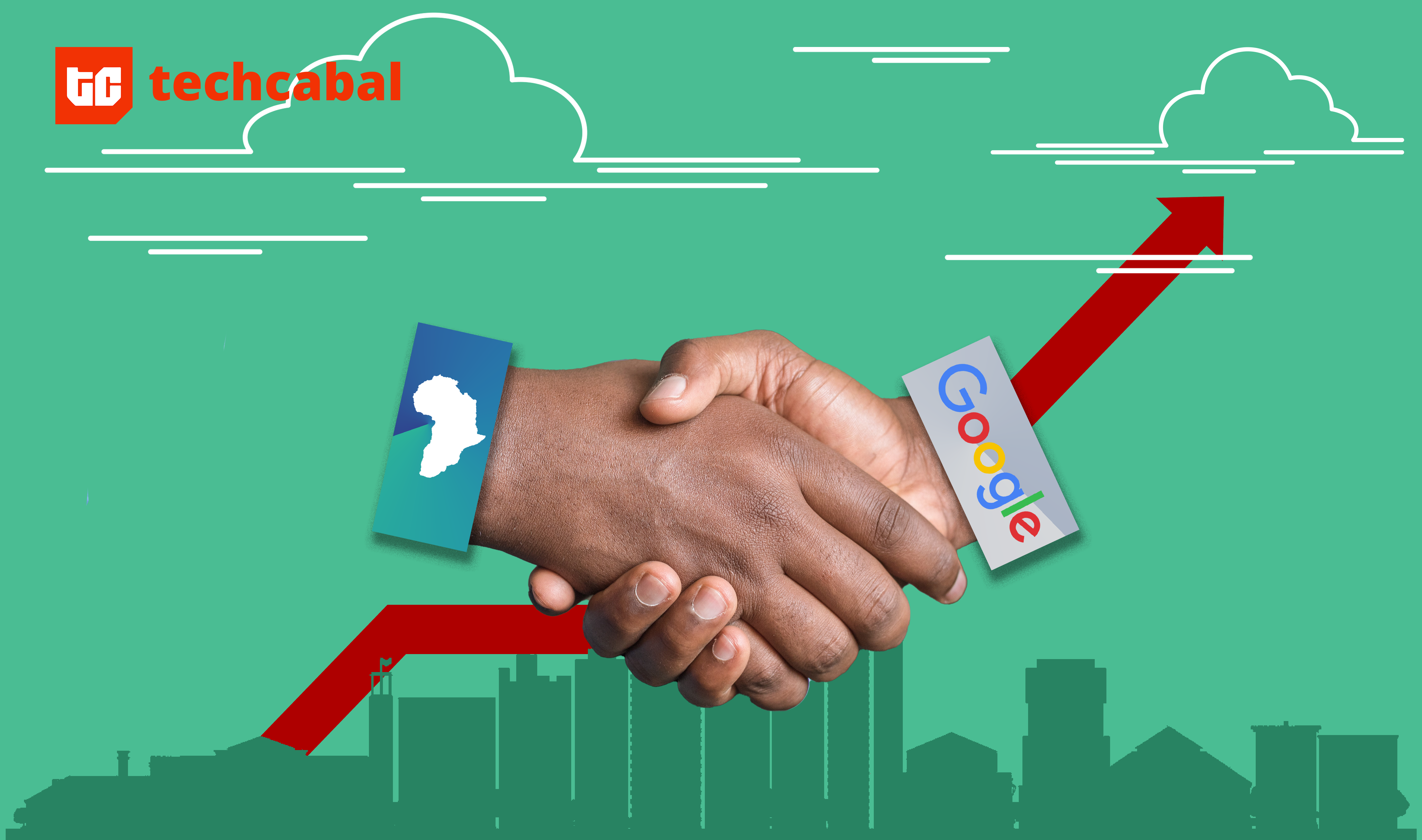 Every big company started as an idea. However, the journey of transitioning from an idea to a company is quite daunting, requiring extensive research, experimentation, iterations, and of course, capital.

In the past two decades, the African startup scene has witnessed its fair share of startup success stories, producing 8 unicorns and a large swathe of startups solving different problems. But amid the numerous success stories, there’s been a plethora of failed startups. Fifty-four percent of African startups founded between 2010 and 2018 shut down, according to the 2020 Better Africa report.

Many of these startups failed due to poor timing and a lack of capital, mentorship and connection to valuable resources. The dearth of these resources spurred the rise of incubators and accelerator programmes on the continent.

Five years ago, Google created the Google for Startups Accelerator programme (formerly known as Launchpad), in a bid to support and improve the success rate of African startups. The accelerator programme initially hosted two batches of 10–12 startups per year, providing $3 million in equity-free support, working space, and access to expert advisers from Google, Silicon Valley, and Africa.

“Initially, the programme was meant to be a three years commitment to support the African tech ecosystem,” Folarin Aiyegbusi, Head of Google’s startup ecosystem in Africa told TechCabal. “After the three years came to an end, we saw the need to continue to identify 12-15 startups in every cohort and support them in terms of the best of our network and advanced technology.”

Since its inception, almost 100 startups have gone through the programme, with 96 startups going on to raise $239 million in additional funding, and creating almost 4,000 jobs across Africa. This is a testament to the effectiveness of the programme which stayed true to its purpose.

Getting into the programme

When the announcement of the Google for startups accelerator programme was made in 2017, startup founders like Meghan McCormick, CEO of financial management app OZÉ, applied.

OZÉ wasn’t selected, but McCormick was not deterred. Instead, she tried again and got in the following year.

Five other startups TechCabal reached out to found the application process relatively easy.

“We simply filled an online form with 10-15 questions and did a follow-up 15–20-minute interview before being told we had gotten into the programme,” said Femi Taiwo, Co-founder and CEO of Terawork, which attended the programme’s first batch this year.

One bootstrapped startup founder, who spoke under anonymity, shared concerns about venture capital-funded startups having an upper hand in the selection process.

Aiyegbusi shared that the team looks at factors such as the startup’s feasibility, scalability and market opportunity as the criteria for being selected for this highly competitive programme.

“It’s a very interesting trend that a lot of the startups that got into the programme have already received VC backing,” Aiyegbusi said. “To that, I’ll say there’s a very robust merit-driven selection criteria. We receive almost 3,000 applications and generally, you’re more likely to see a case where someone who has created a proof of concept is selected into the programme.”

Learning from the best and building friendships

After being selected, startups are introduced to the best of Google’s programmes, products, people and technology. The first three cohorts of the programme got equity-free funding of $10,000 and Google cloud credits. Afterwards, the offering was revised, with the $10,000 funding removed as Google realised that “$10,000 for high growth startups is barely enough to keep the lights on,” according to Aiyegbusi.

Google decided to focus on the other long-standing benefits of the programme such as learning and establishing human connections.

“One of the best things about the programme was we got to meet people and build friendships,” McCormick said.

OZÉ’s cohort met physically for one week every month over the course of three months.

“In the first few cohorts, we provided them with mentoring, technical training and immersed them into other African startup ecosystems, where we fly them into another country to learn from and experience the ways things are done,” Aiyegbusi said. “For example, imagine putting a Nigerian founder in the Kenyan or South African market to better understand the difference in the business landscape or perspectives.”

The accelerator programme was held physically until 2020 when it became virtual due to the pandemic.

The virtual nature of the programme, which removed in-person engagement and immersion into different African markets, is seen by Aiyegbusi as a natural evolution of the programme’s offerings in response to the needs of the ecosystem.

The availability of mentors and more experienced professionals, to coach and guide startups, is a major value proposition that many founders who spoke to TechCabal appreciated.

When OZÉ got into the programme in 2019, the startup was only operating in Ghana but was considering expanding to Nigeria. The accelerator event which was held in Lagos gave McCormick an opportunity to meet with Nigerian founders and get a feel of the ecosystem.

“Often, global accelerators bring mentors who might know something about a functional area but not your market,” McCormick said. “We were able to meet people from Paystack, Piggyvest and so many great people. We actually found our first enterprise client through one of the partners.”

For Safwen Bouali, CEO of Tunisian startup Third Design, which participated in the 2021 summer cohort,  the creation of a successful go-to-market strategy was a major benefit of attending the programme.

“The programme gave us access to a wide array of experts, including one of the top marketing experts in the world. We were learning and also testing. Afterwards, we were able to go on raise $250,000 to focus on building the product,” Bouali said.

The company crossed 30,000 created projects on the platform in April 2022, he added. Third Design was founded in late 2019 but its product wasn’t available to users until late 2021.

Karidas Tshintsholo, co-founder of Khula, a South Africa-based Agritech startup, was initially averse towards joining accelerator programmes. However, he applied in 2020 because he had heard that the sessions were practical. The appeal of being associated with a global brand such as Google was an added incentive.

Tshintsholo appreciated that the programme wasn’t founder-specific as it was relevant to his team members.

“We asked Google if we could break it up so different team members could attend to make it less tedious and they said yes,” Tshintsholo said. “So for the session on marketing, the marketing team members joined instead of me.“

Tshintsholo shared that when Khula launched its first product, it attracted about 6,000 users in the first month because they were intentional about the marketing strategy. The programme also helped Khula in structuring its employee stock ownership plan (ESOP) scheme.

Khula launched its first product during the accelerator programme. The startup went on to raise a $1.3 million seed round in 2021 and is currently working towards a series A fundraise.

There was a high level of satisfaction among the startups who attended the programme that TechCabal spoke to, with some pointing out a few areas of improvement.

The least valuable aspect of the programme for McCormick was classroom learning.

“I know the classroom aspect is a vital part of many accelerators but since I have a business degree, I felt like most of what was taught was more vital to others,” she said.

Tshintsholo was not impressed with the turnout of investors on demo day—an intimate event for accredited and active investors to have real conversations with the startups who passed through the programme.

“The demo day didn’t have many investors, but it might have been a by-product of it being virtual,” he said.

Taiwo of Terawork shared that while he found the programme valuable, the virtual nature limited bonding among the teammates.

“It’s important to have those moments when you’re supposed to step back, think and reimagine your company as a startup founder. Fortunately, now that the Google accelerator is remote, it means that it doesn’t get in the way of you running your business,” McCormick said.

A rising tide lifts all boats

Other accelerator programmes like Y Combinator and Techstars provide similar offerings in exchange for equity, but the Google accelerator programme doesn’t require equity from founders. This seemingly altruistic act begs the question of what’s in it for Google and also how the company defines success.

“A rising tide lifts all boats’ is a popular saying at Google, which I believe sums up the reason why we’re supporting African startups,” Aiyegbusi said.

For Google, the belief is that the growth of the entire startup ecosystem will benefit them in some way. This is not a farfetched belief, considering that the tech giant offers a large suite of products that startups can use. These products include its workplace package which competes with Microsoft 365 and its cloud service which competes in the same space as amazon web services (AWS) and Microsoft’s Azure— both of which control over 50% of the cloud computing market.

“This programme stems from our understanding that the more we empower people, the more likely they are to empower others and at some point we’ll also get empowered,” he said.

Last year, Google’s CEO Sundar Pichai announced the company’s plan to invest $1 billion over 5 years to support digital transformation in Africa. This announcement led to the launch of additional initiatives to support African startups such as the equity-free Black Founders Fund and the $50M African Investment Fund which makes equity investments in tech startups and has since invested in three startups over the past 9 months.

These new initiatives are a unified effort by Google to tackle the challenges faced by African startups.

“Access to funding, access to markets and favourable policies are some of the top challenges that African startups face, which are not distinct from global startups,” Aiyegbusi said. “In addition to the long-standing accelerator programme, we’re tackling these different issues through these initiatives.”