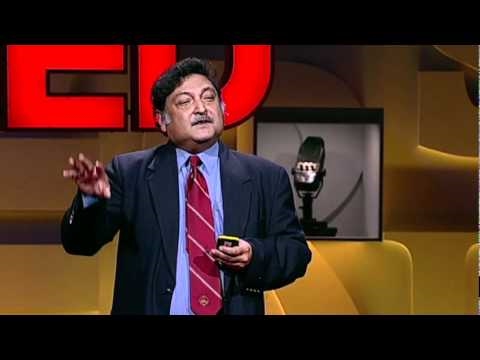 Nigeria’s Osun State has launched Opon Imo – a program to give secondary school students free tablets with educational content. Here’s why it matters.

No one denies that Nigeria has the potential for extraordinary greatness. When I was younger, it seemed to be all about oil and mineral resources.  “Nigeria is blessed” we were told a million times. Today, it’s about people – at least 160 million of them, mostly young. A ready market and an able workforce, we are reminded.

But the other side of that coin is a bit darker. It is not enough for us to be young and energetic. We must also be literate, educated and able to function in the modern workplace. This is one area where Nigeria has done particularly badly. After years of neglect the public education system is in a shambles.

At the last Nigerian Economic Summit, the Minister of Sports noted that, in his time as Commissioner of Education in Kwara State, only a minority of primary school teachers were able to pass a test meant for their Primary 3 students.  Last year, the head of the Universal Basic Education Commission stated that 50% of Sokoto State teachers were illiterate.  And you’d have to have been living under a rock to not have heard of the shocking WAEC & JAMB scores across the nation.

Perhaps the most alarming part is that, as woeful as our education system is, it cannot cater for all our youth.  90% of JAMB candidates will not be able to get into any tertiary institution simply because there aren’t enough spaces to go round.  And it’s estimated that about 10.5 million youth in Nigeria are out of school.

The education emergency requires drastic action. The conventional thinking is to build more schools and focus on teacher recruitment and training. The problems are cost and adequacy. I am not confident that Nigeria can afford the cost of a traditional education overhaul or that we would be able to provide half-decent education to all our youth or even that we would be able to reach all our youth. Remember, most Nigerians are below 30.

I’ve asked before and I’m asking again, “should Nigeria consider being one of the first countries that make MOOCs mainstream and thereby leapfrog traditional education systems? How flexible should we be with education delivery mechanisms?”  This are serious questions we need to be asking ourselves at this point in our nation’s history.

This is why I think Opon Imo is important. It’s an attempt at trying something different, drastic even, to bridge our education deficit. By skipping the usual gatekeepers, it allows the delivery of quality content to everyone with access to a tablet.  There are many genuine concerns of course.  For example, in discussing with some of the team tasked with implementing the program, I complained about the lack of an internet connection on the tablets.  They explained that, since the tablets were going to be free, they wanted them to have as little commercial value as possible outside the hands of a student.  Fair enough.  There’s also this interesting Guardian article that points out that a lot of projects utilizing technology in Africa have failed due to lack of training and support.

These are all legitimate concerns and I expect the Osun State government to take them seriously.  One thing that comforts me is this phenomenal TED talk in which Sumitra Mitra talks about his experiments in self-teaching in Indian villages. You can watch the video below but basically, he describes various instances where children who didn’t speak English were given touchscreen computers with English-language educational material but no instruction.  In all instances, by the time the researchers came back, the children had mastered the material on the content.

There’s a lot of interesting stuff going on in the education space – Beni American University is putting together Nigeria’s first online university, Fora is working to provide content from educators across the world to Africans via the internet and Osun State is delivering free tablets to 150,000.  While these initiatives aren’t necessarily silver bullets, they show the kind of thinking that would be required if Nigeria is to leapfrog years of missed development and start to play the catch up game with the rest of the world.