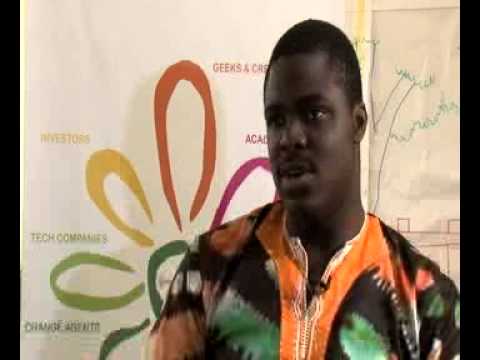 You guys know Iyinoluwa Aboyeji, right? Well he’s been back in Nigeria for a while to work on his latest startup, Fora. For the first few days when he was in town, he singled me out to be his naija-sitter. Not that he really needed me. Iyin is incredibly naija street-smart for someone in the often pretentious IJGB (I just got back) crowd. This guy was jetting between Waterloo and San Francisco not quite two months ago. Now he’s perfected the art danfo-hopping and Nigerian “washing”.

Fora is the UWaterloo alumni’s answer to Nigeria’s higher education malaise. The startup’s one line pitch is that they are bringing Ivy League Education to Africa at one tenth of the cost. What that means is they license high quality online course content from top universities and MOOCs (MIT, Harvard, UC Berkeley and more), and make them available to students via local universities who provide accreditation. The tuition revenue is divvied up between the content providers and the local accrediting institutions. This model allows courses that ordinarily cost thousands of dollars to be accessible for mere hundreds. And without having to leave on a jet plane to get it.

Since Iyin got back, he’s been getting around a lot (sometimes via cabs, mostly in Danfos), talking to government, education sector regulators, academia…and more angel investors. Fora already has some early backers, foreign and African. Basically, he’s lining up his funding and market ducks for the big launch.

He’s also nabbing interviews. Ted Inyang, who has a show called Future Force on Silverbird Television called in to talk to Iyin, and the chat resulted in a 27 minute video that aired sometime last week.

At the ripe old age of 22, Iyin has insight into Nigerian business, startups and technology that belie his years. He’s the same guy who wrote about raising VC for African founders in twenty-one tweets, ten ways to “make” an African angel investor, and why it’s not enough to be proudly Nigerian, and it’s a great to not read from him but also hear him talk about those things. Among other things, he does talk specifically about the liquidity challenges in the ecosystem, why local investors are risk averse, and how he’s managed to skirt that hurdle in his own case.

Warning – there’s lots of plugs (CcHub, Gbenga Sesan, Oby Ezekwesili, more, all of which are well deserved) in this interview. Like I said, Iyin is the consummate washer. Now that I think about it, I’m not fairly certain he didn’t just learn it here.