By now, everyone has heard that Taylor Swift, pop star goddess, has pulled her entire back catalogue from Spotify. Her representatives state that her team did this because they didn’t want to embarrass their fans. In their words, “If this fan went and purchased the record, CD, iTunes, wherever, and then their friends go, ‘why did you pay for it? It’s free on Spotify,’ we’re being completely disrespectful to that superfan.”

It’s an interesting decision that has launched hundreds of op-eds and “think pieces” on the state of the music industry and what this means for the streaming business. Spotify stated on their blog that Taylor Swift’s music had been played by 16 million people in the 30 days preceding her decision. The Financial Times pointed out that the music industry was “unsure how to make money”.

More and more users globally are choosing streaming as their primary source of music consumption. Even Africa isn’t left out. Deezer, the European streaming service I personally can’t get enough of, is launching across African countries utilizing tie-ups with telcos such as Orange and Tigo. But as streaming services expand, the music industry is finding that revenues from music continue to drop. Aloe Blacc, singer and songwriter who co-wrote the most streamed song on Spotify – Avicii’s “Wake Me Up” – says he made just $4,000 in streaming revenues from that song. Some artists and music industry players have called for a two-tier system in the streaming business, where some music would only be available to premium subscribers. Some artists are already hacking this system – for example, only 3 tracks from Beyonce’s last album are available on streaming services, including paid services like Deezer. The rest of the album is only available on iTunes or DVD. 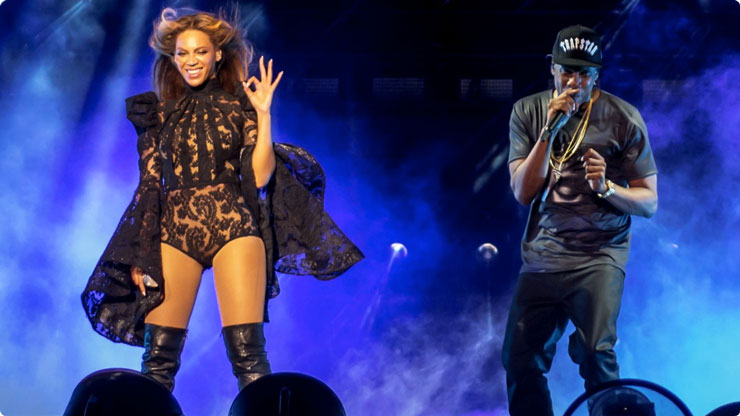 While many believe that Swift’s move is simply a clever marketing gimmick to help sell more copies of her recent album, the fact remains that technology has changed the music industry forever. The revenue mix for the business has changed drastically from when music sales were the primary source of revenue for artists. Jeff Jampol, whose company manages the catalogues of Michael Jackson and Tupac Shakur, estimates that a successful artist’s revenue will be split “60-65% of their income is going to come from tickets, 15-25% from tour merch, 10-15% from publishing, 2-4% from ancillary and 2-4% from record sales”. He’s not far off from the truth. Beyonce was the highest earning female artist of 2014, making $51 million more than Taylor Swift, mostly off the back of her super-successful “On The Run” tour. If music sales make up only 2-4% of the artist’s revenue map, we might be looking at a redefinition of what it means to be in the music business. The music business might not be the record business any more.

Ironically, this isn’t the first time this has happened. Prior to the 1800s, music was supported by patronage from the aristocracy or churches. The only music sales were sales of sheet music from famous composers. After the invention of sound recording, the “record industry” was born, with the sheet music industry protesting very loudly but being eventually wiped out. Records, not sheet music, became the music business.

In many ways, Nigeria is ahead on the disruption.  Between piracy and more internet access, revenue from music sales has dropped precipitously in the past few years. Artists have come to rely on live performances and endorsements to make the bulk of their revenue. In this world, the role of recorded music might move from revenue maker to marketing tool. Some would argue that this has been the case in Nigeria for a long time and NotJustOk is one of the the definitely the leading players in that business – its audio signature being heard from mobile phones to night clubs across the nation.

From the site’s humble beginnings as a lifestyle blog in 2006, NotJustOk has become the leading destination for music discovery in Nigeria, posting over 12,000 songs since its inception. At the Nigerian Entertainment Conference earlier this year, a member of the audience called for the government to ban music blogs posting music from artists. But NotJustOk’s management says that 98% of the music they post today is sent in by the artists or labels. The message is clear – some Nigerian artists are willing to sacrifice uncertain music sales for publicity and the chance to get make revenue in live performances and endorsements. The company has doubled-down on the discovery model, launching a streaming music app and a separate site for music-sharing and streaming service called MyNotJustOk.  As Demola Ogundele, CEO of NotJustOk told us, “…moving forward we want to sensationalize the music and musicians on the media side and enhance discovery of music and increase the viral spread of HOT music from both Nigeria and the African continent on the MyNotJustOk end.”

Undoubtedly, some money will continue to be made from digital music sales. MTN’s Caller Tunes business pulls in billions in revenue every month, and some artists are finding that revenue surprisingly healthy. Again, publicity plays a big role in this. For example, the Soundcity music channel overlays codes subscribers can use to get the Caller Tune of the video they’re watching. In the search for a more robust business model, NotJustOk might eventually integrate a one-click system where users of their streaming service can pick the song they’re currently listening to as their Caller Tune and get a cut of that revenue from the networks.

No matter what the state of the music business in the coming years, it’s obvious that artists must continue to get creative in creating and capturing the value they generate. Digital music will play a large role in the future of music. It just might not replace traditional music sales in the way we remember them. 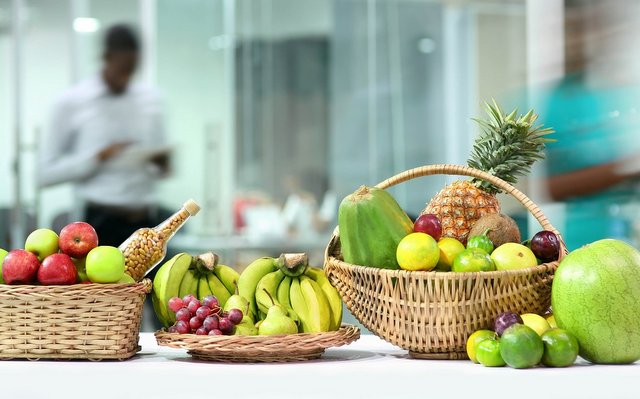 Organisations sign up to receive fresh fruit boxes. There are a number to choose from. Once the selection is made and confirmed, Gingerbox delivers.

How do you get Nigerians to sign up for national identity?
Features
Olumuyiwa Olowogboyega
23rd September 2020

Only about 20% of Nigerians are in the country’s national identity database despite efforts to get people to have national IDS. How can these initiatives get Nigerians to take this process seriously?

For anyone to use a digital bank, they must have a smartphone. Right now, data puts the number of smartphone users at 10-20% of the entire population.

Gyms have competed with free YouTube trainers for most of the year, here’s what happens now
Features
Kay Ugwuede
15th September 2020

When lockdowns were announced at the end of March as the spread of the coronavirus intensified, Enee Udo, an Olympic Gold medalist and Founder of Fitness Options, did not envision that it would drag on for months. Five months since then and business is only back to about 50% of what it was pre-COVID at […]

In Uganda, the government wants Youtubers and bloggers to register and pay before broadcasting online
Features
Olumuyiwa Olowogboyega
9th September 2020

Under the new regulations, people who have Youtube pages will also have to register and pay the fees. But these regulations are not so new; in 2019, the UCC began making it compulsory for all online publishers to register with the government.

Here’s an update on the dramatic week at Cars45; we know that the OLX Group injected $400 million in exchange for new shares and a tender offer to buy out existing shareholders. But how did an acquisition become enmeshed in drama?

In announcing the departure of 11 members of its top management, Cars45 chose to go with a bit of drama. Here’s what we know about the high profile exits