In more ways than one, I can relate to JR’s journey. JR Kanu, that is. 9 years ago, between November 2007 and September 2009, he worked as a journalist at Black Enterprise and Esquire Magazine. 6 years ago? He was a Technical Advisor for the United Nations Millennium Villages Project. 4? He helped launch a cookstove manufacturing facility in Haiti (presumably part of the UN’s after-earthquake resuscitation efforts).

After that, he dabbled in investment, then managed Operations at Zappos (an online fashion store owned by Amazon), after which he found himself teaching human-centred design as a Design Thinking Coach at Stanford University. Fast forward a few months, and he’d picked up an interest in e-commerce and joined Konga in November 2014 as Vice President, Business Development. While there, he led the 32-strong team that built out KongaPay and made it a standalone product. Oh. JR founded The Design Institute, Lagos, he’s got a BSc in Mechanical Engineering from Calvin College, an MA in Journalism from NYU, and a Stanford MBA. Whew. 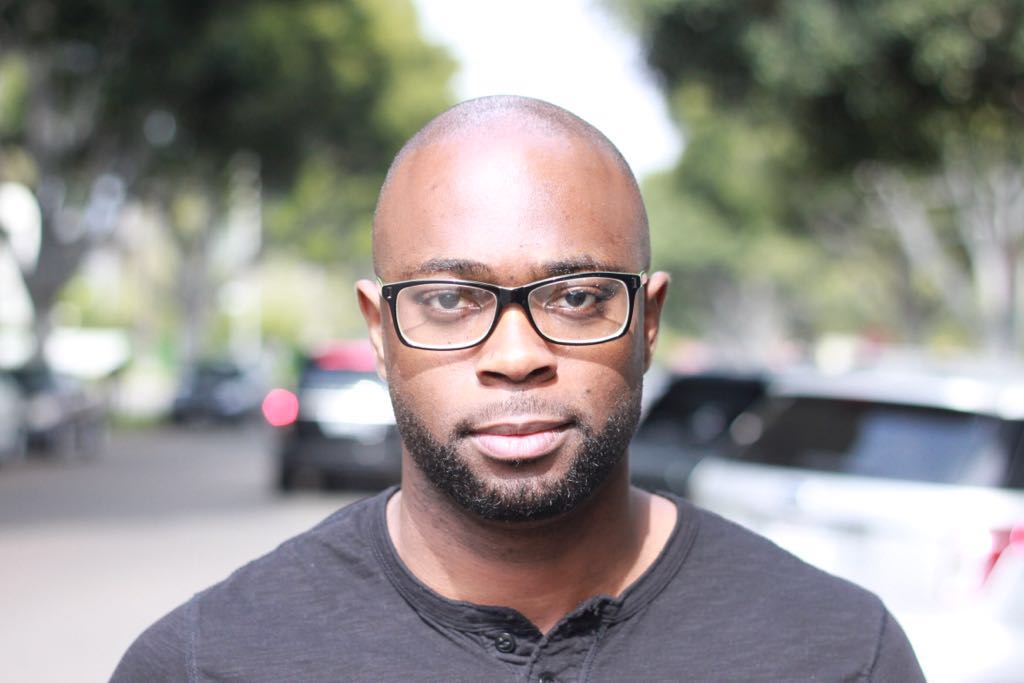 Needed to catch a breath there. It’s easy to look at JR’s…rich LinkedIn page (and the many things that aren’t on it) and see Brownian motion. But when you have a conversation or two with him over Cafe Neo’s Iced Caramel (my poison), you’ll see that he’s moved around only because he loves a challenge, likes to pick up skills and he wants to grow out his “talents” into strengths he can lean on. Again, in more ways than one, I can relate to JR’s journey.

I’ve never seen ideas as these invisible, unconnected lightbulbs that float over people’s heads and suddenly land on the one who’s been “chosen” to implement them. No. I see them as a product of the ideator’s experiences slowly colliding with one another, and resolving themselves into one…thing. Months ago, many of JR’s experiences collided with one another, and resolved themselves into one…thing, and it turned out to be REACH (or as he likes to stylise it, REΛCH). 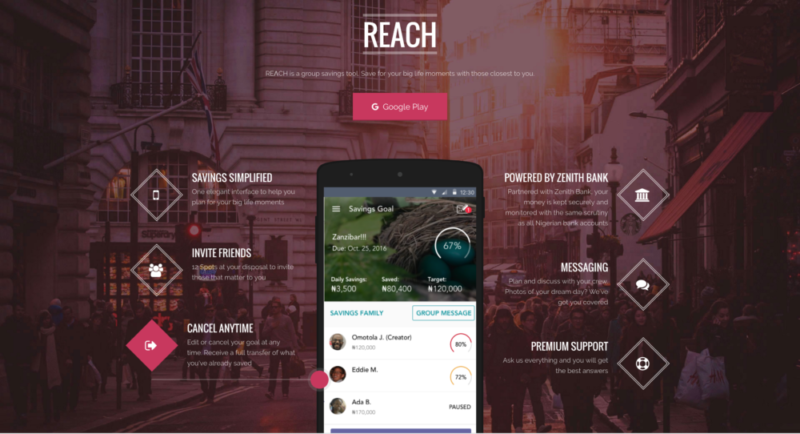 It’s a bird, it’s a plane, it’s social financial management, it’s more. Where did the idea for REΛCH come from? It all started to come to JR when he saw a group of Nigerians who got into Oxford, but couldn’t raise the money for their tuition in good time. They had to defer their admission by a year, to give them a…financial buffer. He saw some version of himself in their situation because not very long before, he’d gone to Stanford for his MBA via a scholarship and an unsecured loan. Now, if only someone built a service that takes the burden of self control off of people so they can…reach goals that would have been otherwise unattainable. If only.

As a result of the wave of terrorism in North-East Nigeria, there are an estimated 3.3 million Internally Displaced Persons (IDPs). [Highest in Africa, and third highest in the world]. There are also a bunch of people who want to help, but don’t have substantial amounts saved up (hey, it’s not like people are swimming in money, looking for who to dole it out to). If only someone built a service that lets people automatically set aside tiny drops, negligible amounts of money that will eventually add up to a large pool of funds. They’d then be able to make macro-level donations that will make macro-level differences in people’s lives. If only.

I haven’t seen any group of people more obsessed with celebration than Nigerians are. Weddings, especially, are seen as a rite of passage from childhood to adulthood and so they must be celebrated…profusely. Thing is, weddings (the way Nigerians like to do them) are also damn expensive. If only someone built a service that lets people plan months ahead with the people who care about them, go about their daily lives and “suddenly” have a ton of cash saved up. If only. 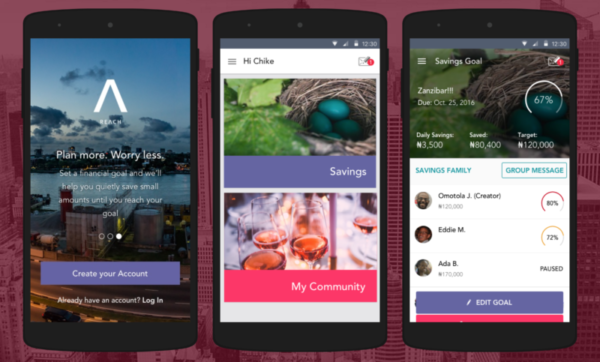 After I took one last swig of my Iced Caramel, I visited the site on my phone, and tapped on the “Google Play” call-to-action. That took me to the Play Store, where I installed the beta version, and opened up the app.

“Plan more. Worry less.” the opening page said. “Set a financial goal, and we’ll help you quietly save small amounts until you reach your goal.” That’s only one side of the story though. When I first encountered REΛCH, I assumed it was another app that deducted money from your bank account at regular intervals to help you save money. Which, now that I think about it, is a fine enough value proposition…but there’s more. You aren’t just saving to meet a goal – you’re doing it with a community of people who are similar to you, care about the same things you do, and have a shared goal. In the app, all these people can see your progress, and you can see theirs.

I imagine it’s a great way to use peer pressure to force people to save.

When I asked JR how much REΛCH deducted from the amount saved, he chuckled and said, “Nothing. We don’t take any money from our users. Not even if they want to withdraw their money before the due date.” “Ah”, I said. “So, how on earth will you make money? Or is this a charity service?” And with a glint in his eyes, JR explained to me how the plan is to aggressively grow the number of people who use REΛCH to save for specific services, and have vendors pay for access to those people. I think that makes sense. Everybody wins. The vendors know that they have serious customers (who are incentivised to keep saving because of the social layer) and the customers know that they have “verified” vendors from whom they can purchase goods and services. Weddings, Cars, Houses (or Rent), a Vacation, anything. 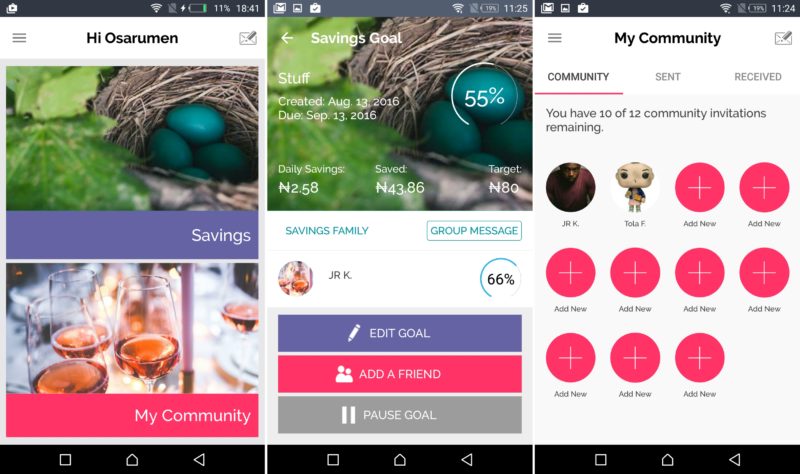 When I was done signing up, I got transported to the main page. It is divided into two sections: Savings and My Community. In a future iteration, all the information from both pages will get consolidated into one comprehensive dashboard, but…MVP. Right now, the “Savings” page contains a list of all the goals you’ve added, as well as a progress indicator on the right side.

There’s a button at the bottom with which you can add a new goal. The app will ask you to answer 4 questions to determine what you’re saving for, how much the total value is, the date you need the money by, and how often you’d like to “save” (daily, weekly, or monthly). After giving REΛCH all that information, the app will begin to transfer little amounts (calculated by dividing your total goal by the deduction interval) from your Nigerian bank account to an account with Zenith Bank (their banking partner), where the money is held until you need to withdraw it.

The “My Community” page shows you a grid of 12 avatars, representing a maximum of 12 people you can add to your community.

In the top right corner, there’s a familiar envelope icon, where you can access messages between you and your Friends. Oh, there’s an interesting personality tucked in there, too. She’s named Kudi, a “baby robot and mini messenger” built by the REΛCH team. Presumably, she’ll learn from conversations with members, and use all that data to get better at conversing over time. She’s also the “town-crier” who announces to everyone in your community that you’ve reached certain milestones.

Even though his resume might lead you to assume otherwise, JR doesn’t think he knows it all. That’s why he’s got a small army of canny advisors including Ade Shonubi, Omoju Miller, Ashley Kleynhans and Tino Mundangepfupfu. While the first iteration of the app was in the works, JR started to REΛCH (I’m sorry, I couldn’t help myself) out to people in Universities he had connections in, to find the best talent with whom to build his product. The product had a very different name back then (which I cannot reveal because, reasons), and it was during that talent “hunt” that he found his developer trio: Chidumaga Orji, Funke Akinola, and Pila Teyim. 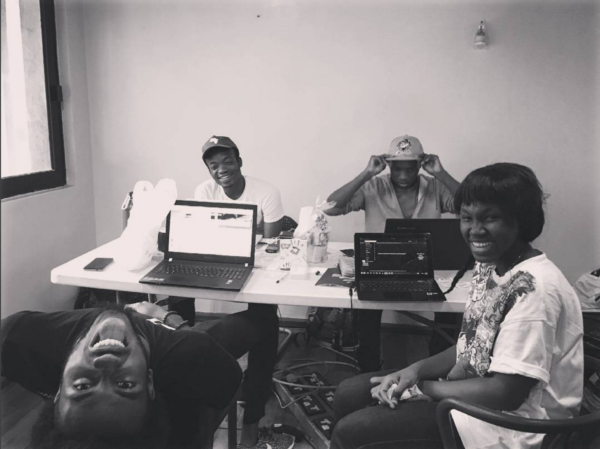 Chidu is an API/Backend developer who is studying for a 2017 BA in Media and Cultural Studies at the University of the Arts, London. Funke is a front-end mobile developer who’s passionate about Natural Language Processing (remember Kudi?) and she graduated this year, with a BSc in Computer Science and Math from OAU, Ife. While, Pila is an Android/backend developer who is passionate about Machine Learning. The last piece of the puzzle is Victoria Araromi who runs operations and keeps the company a well-oiled machine.

JR says (he sends weekly newsletters to every tester) growth has been great. It’s only been in private beta for a couple of weeks, but they’ve helped more than 120 people save more than N600,000. I expect a steep uptick in the graph when they do a full rollout.

REΛCH needs money to run if they are going to reach their goal of helping others reach their goals. JR’s bootstrapped it until now, but as we speak, they are closing an oversubscribed angel round from local and international investors to upend financial management as we know it.

Check out the product, if you find this interesting. 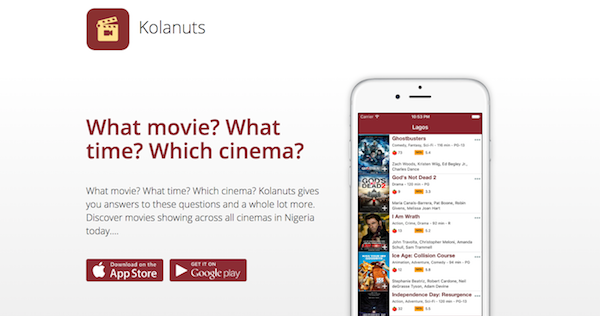 Cinemas in Lagos, Abuja and Port Harcourt, at least.

Lockdowns and social distancing efforts could help tackle COVID-19, but there’s little they can do to control misinformation and online scams. 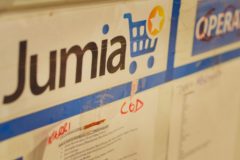