OneWattSolar: Funding Access To Clean Energy In Nigeria With Blockchain 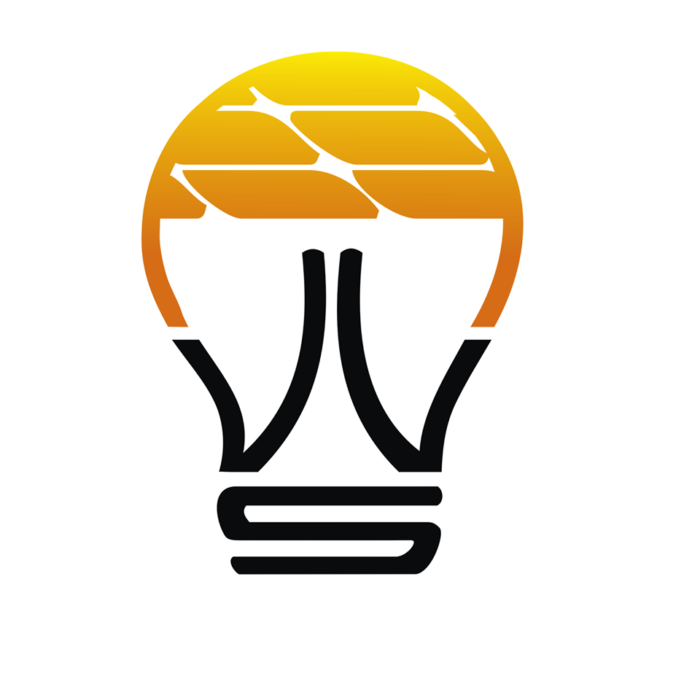 After spending a few years as a financial analyst and business writer, Victor Alagbe’s first contact with cryptocurrencies has led him down a path that could potentially revolutionize how thousands of Nigerians access energy. As VP, Operations and Blockchain Strategy, Victor is the Acting Team Lead at OneWattSolar, an initiative that seeks to help people pay for the energy they consume using blockchain without the need to own the solar infrastructure that provides the power.

I first came in contact with OneWattSolar via a ‘Gridless Africa’ Twitter Chat promo and I was immediately curious when I noticed the application of blockchain technology in funding access to energy. Financing access to clean energy has been both a challenge and opportunity for the industry. The challenge has given birth to models like the Pay-As-You-Go model which has given rise to the accelerated growth of the solar industry in Africa.

Parent Company
One of the things that was important was to know the team behind OneWattSolar in order to ascertain the credibility of the project. I eventually learnt that OneWattSolar was founded by GoSolar Africa. GoSolar Africa is a renewable energy startup based out of Nigeria that provides clean energy to households, businesses, schools, non-profits and government organizations.

GoSolar Africa is led by Femi Oye who founded the company in 2010. In 2015, the startup raised a $20,000 seed round from Seattle-based business incubator, Fledge. The company discovered that despite its PAYG financing options, the upfront cost was a problem for potential customers who wanted to make the switch to renewable energy. Financing is “…the same problem that all solar companies have. For the quality that you want to deliver, people can’t really pay for it. So it’s either they avoid using clean energy or go for substandard products which creates a trust issue when it breaks down,” Victor Alagbe said.

GoSolar Africa hired Victor Alagbe, who was running a blockchain consultancy at the time to leverage the technology to help consumers finance the installation of solar home systems. Victor Alagbe was helping startups and organizations through his consultancy to use blockchain to deliver more products, services or a better version of their existing offering. Part of his portfolio included a major fintech startup in Nigeria and a number of other international companies. “I was so passionate about the problem that GoSolar Africa is trying to solve that I couldn’t resist the opportunity to come on-board full-time instead of treating it like one of my portfolio projects,” Victor Alagbe stated. OneWattSolar has been in the works since the beginning of the year (2018).

Target Customer
According to Victor Alagbe, the startup targets customers who currently spend about 10,000 Naira monthly (about $28) or more on their energy bills. There are plans to target other customer segments with their solar systems but the goal is to begin with those who are spending no less than $20 monthly in order to sustain the project. Since there are no upfront costs and customers do not pay for the solar hardware, the startup needs the funds at the initial stage to gift those who will buy its tokens and its solar installers who handle the logistics for setting-up the systems at client locations. It will also use the funds to complement the money it raises from its token sale to purchase more solar home systems to deploy at additional client locations.

As regards pricing, “it will most definitely be cheaper than running a generator and will most likely be cheaper than PHCN,” Victor said about OneWattSolar’s solution. If a customer decides not to use OneWattSolar anymore, there will be no termination charges and the startup will simply pick-up the solar system to be deployed at another location. Victor believes this will not really be the case as the system will be way more cost-effective than other energy sources. 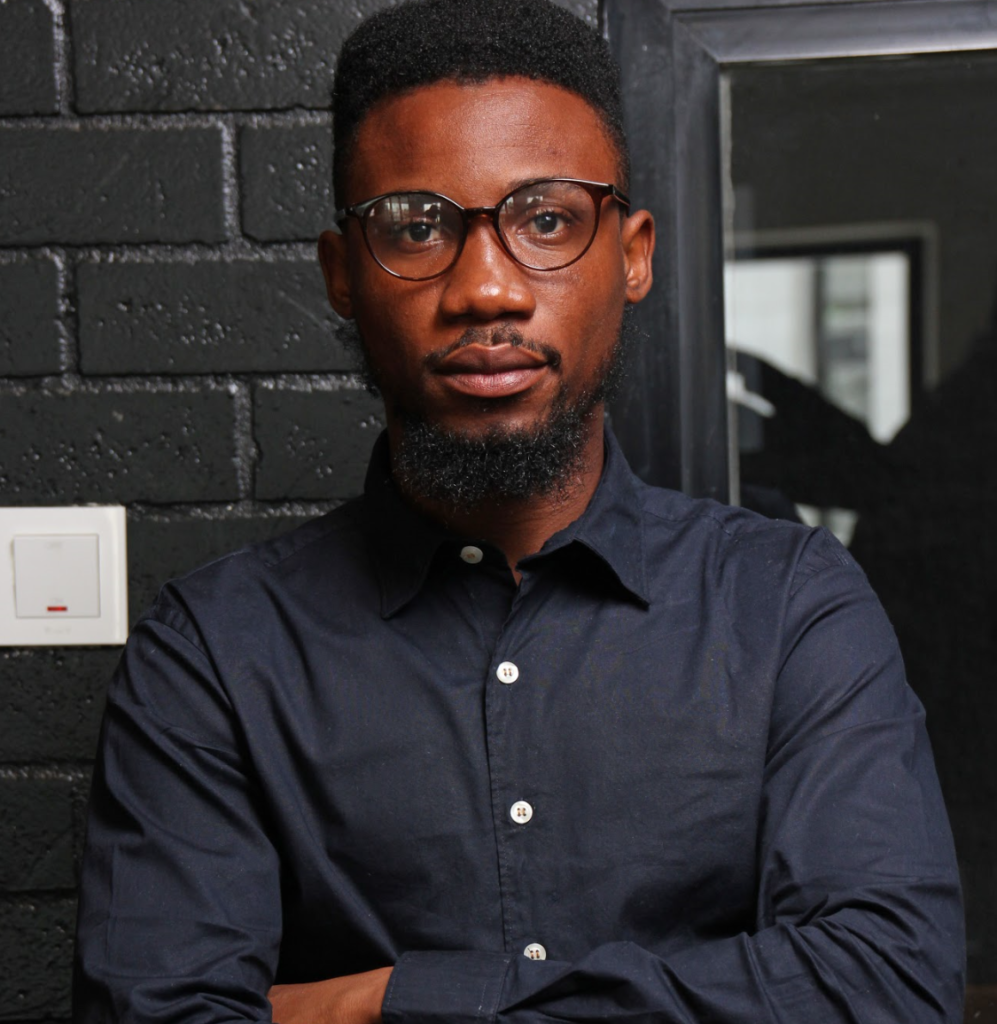 The Use Of BlockChain
OneWattSolar will be using blockchain in three ways, to raise funds (through a token sale) to buy and install the solar systems, to help users track energy usage in a transparent manner and also to allow users purchase energy credits for their homes. Its token is an ERC20 token built on the Ethereum blockchain.

OneWattSolar is currently finalizing plans to launch its presale in October and then its crowd sale in December this year (2018). The funds will be used in paying off for the solar home systems that have already been ordered from its suppliers to be installed at the homes of its first set of clients. The solar home systems will come with meters which are internet-enabled. OneWattSolar’s solar systems comprises solar panels (some with capacity as high as 3KVA, approx. 2.4 KW), internet-enabled meter system and inverter battery technology. The system components are being custom-designed specifically to meet the needs of its customers as against buying ready made solar panels and equipment. Data on energy usage will be automatically updated on its blockchain platform so consumers can see it in order to be able to better understand their energy consumption. This will ensure that customers are billed for exactly what they use. It will also help speed up the response time in fixing issues as the OneWattSolar team can see when something goes wrong in real time.

OneWattSolar’s backers (i.e. people who buy the token) can decide to sell their tokens and their token are expected to appreciate over time as more solar systems get deployed and they get token giftings. The decentralized nature of blockchain means the community owns the solar systems and not one individual or even the startup itself although the system will be deployed at a customer’s home. Finally as regards the use of blockchain, consumers will be required to purchase tokens (not as part of the presale) in order to renew their energy credits. Once they buy credit, their power will be restored almost instantly.

Operational Model & Team
Once a customer signs up to use OneWattSolar, they will be contacted by a customer service officer to understand their energy needs and confirm their order. After this is sorted out, the customer will be required to pay a small fee for an energy audit which covers the logistics cost of the personnel that will be assigned to them to carry out the audit. The fee also signifies a commitment from the customer for the product. A solar installer then proceeds to deploy the system (already pre-loaded with energy credits) once commitment is established. Once the system is installed, customer then use blockchain tokens to renew their energy credits. Customers will be able to buy tokens in naira using the platforms of partner fintech companies. The whole process from when installers pick up the solar system from the warehouse to when they set it up at the client’s location can be tracked on the blockchain platform.

OneWattSolar is working with a network of 8,000 independent solar installers within GoSolar Africa’s network. The company is leveraging the infrastructure and resources of its parent company to deliver a superior product experience. The team is working with a group of international consultants and advisors including the Green Climate Fund, Energy Future Coalition, the Global Compact and a number of other organizations. It also has a team of local developers who are building the OneWattSolar blockchain platform. There are plans to expand the team as the startup grows.

Traction
While the first set of solar systems will not get to customers until Q1 2019, OneWattSolar already has a waiting list of 2,000 customers (and counting) who have signed up to have the systems deployed at their homes. The startup will deploy the systems on a first come basis with respect to the customer meeting the minimum energy consumption threshold of its ideal customer. The company has already placed an order for 500 solar systems with its suppliers that are expected to be ready in December for its pilot.

OneWattSolar is currently working with its partner OEMs to develop battery technology that will last for four years before it needs to be changed. The batteries will be provided to customers and there will be no extra cost for a change of batteries. The startup has also raised an undisclosed amount in seed funding from a group of local and international angel investors and institutional investors who are aligned with its vision to decentralize how access to energy is funded. Part of the seed funding was used to place the order of 500 solar systems for its pilot.

The Future
OneWattSolar has a target to connect 12,000 homes or businesses with clean energy once it begins full-on installation in early 2019. When I asked Victor Alagbe if this was attainable his answer was “The thing is people want alternative energy…. if you are aren’t paying for solar energy upfront, the sun is free, and you pay for only what you use, why would you want to stress yourself with generator noise and the high cost of petrol or diesel”. His view is that the demand already exists and they will be able to meet the target as a result of the enthusiasm for clean energy.

The plan for OneWattSolar is to run independently of its parent company once it grows. It will also consider offering other types of clean energy asides solar in the future (long term goal). “My KPI is actually to install 100,000 solar systems within the next two years” said Victor Alagbe. The startup’s long term goal is to supply more than 1 million Offgrid PV for residential electricity production in Africa by 2023. We’ll continue to keep an eye on the startup to see how it progresses in achieving this goal.