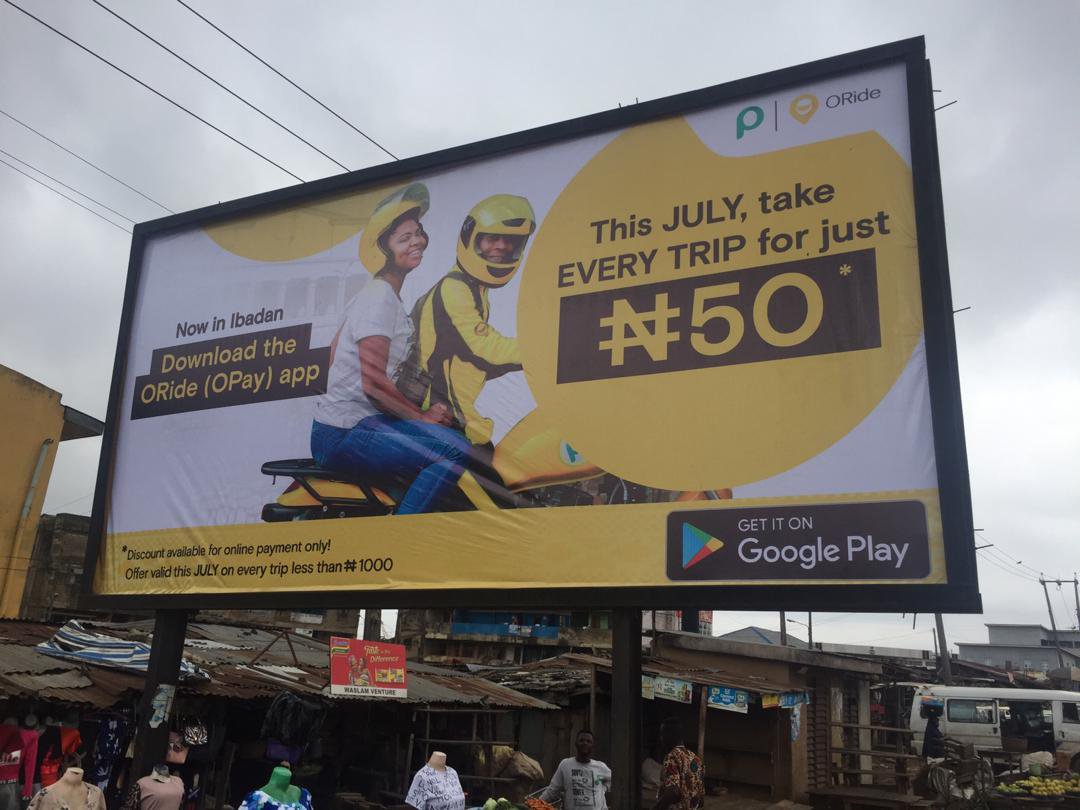 Bundling a variety of services into a super-app with a cash wallet is OPay’s offering in Nigeria, and it appears to be the company’s strategy to dominate fintech in the country and deliver on its mantra of financial inclusion.

Their level of success remains to be seen but the company is reportedly processing transactions worth 10 million dollars daily.

However, the motorcycle hailing platform, ORide, might be the ace of OPay’s growing suite of verticals that will help it deliver financial services to the last mile.

“When it comes to financial inclusion, you still have to reach customers where they are,” EFInA’s Head of Innovation, Dayo Ademola said while addressing a gathering of key fintech stakeholders in Lagos, Nigeria.

ORide has reeled in a substantial number of motorcycle taxi drivers -who were previously known to use informal financial services – to the digital money side of the divide.

In Kenya, converting physical cash to digital and back, for Kenya’s biggest mobile money service, is largely handled by a network of over 160,000 mPesa agents.

In Nigeria too, certain fintech companies rely on agents to take their services to the last mile. Paga, for instance, offers mobile money services and has an almost 23,000-strong agent network. OPay says it already has a network of 75,000 agents across Nigeria, according to a senior executive at the company who spoke to me off the record.

Yet, with ORide, they might be creating a system that combines ride-hailing with agent banking.

Michael Odesola, a driver on the bike-hailing ORide platform told TechCabal he frequently takes on passengers who give him cash to fund their wallets: “I am happy to collect cash and transfer to their OPay. It’s an easy way for me to cash out without having to send the money in my OPay to my bank account first.”

I can confirm this. On a hot Saturday afternoon last month, prompted by the repeated flash of yellow helmets as ORide motorcycles zoomed past me, I downloaded the OPay app and hailed a bike without funding the newly created wallet. I planned to pay with physical cash.

At my destination, I was told discounts only apply if I pay in-app. The driver proffered a simple solution: fund my wallet in exchange for physical cash so I could pay for my trip in-app. He said:  “I can even transfer more money to you so that you can carry out other transactions on the app.”

Odesola said converting physical cash to digital is not one of their delineated responsibilities as drivers on ORide, but that it only makes for convenience since they often encounter customers that have smartphones and use the app, but do not have functional bank accounts to fund their wallets.

Adding financial agency to the mobility function of motorcycle taxis, that are now popular in African cities and also the rave of 2019 Nigerian tech, seems logical now that they are ‘networked’ via digital ride-hailing.

In Marchetti’s Motorcycles, Osarumen Osamuyi’s essay on the rise of motorcycle taxis in Africa, he advanced the idea:

We can also think about these motorcycles as a potential agent network or conduit for digital financial services. The platforms would have both a means for distributing their wallets [apps!] and a strong enough use case to cause consumers to fund them [mobility].

It is not a deliberate strategy on OPay’s part, at least going by the response of the Opay executive who said that the company is aware of the motorcycle drivers funding wallets, but it’s just a natural consequence of the company’s digital services tied to the wallet.

“And of course, all the secondary services like ORide are meant to boost transactions on OPay. We want to make sure that transactions go through the app,” he explained, so they expect that vendors of other secondary OPay services will act as agents of sorts so that consumers will have funds in their wallets to access these services.

Nevertheless, it is worth looking ahead to how the idea of ‘motorcycles as tools to deliver last-mile financial services’ will play out, whether by OPay or other players in the ecosystem.