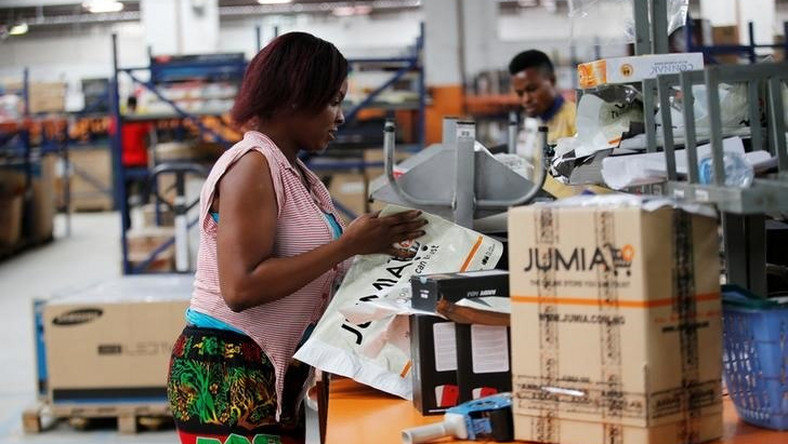 Jumia, the Africa-focused e-commerce platform, has released its financial report for the third quarter (Q3) of 2019. Thanks to scandals, the e-commerce company has had a rocky year since it listed on the New York Stock Exchange in April. But its Q3 report is a bit of a mixed bag.

Here’s what we found out.

Jumia recorded a 38.7% growth in its Gross Merchandise Value (GMV) between July and September 2019. The GMV is the total value of items sold on an e-commerce website within a period. It is the most important metric for industry watcher.

It’s not clear what caused the slump.

Jumia says it gained 636,000 new customers during the last quarter. Jumia defines an annual active customer as “unique consumers who placed an order for a product or a service on our platform within the 12-month period preceding the relevant date irrespective of cancellations or returns.”

It now has 5.5 million annual active customers, up from 3.5 million a year ago and 4.8 million in Q2 2019. This is the company’s biggest single-quarter growth over the last few years.

Combined these customers made 7 million orders in Q3 2019, up from 3.6 million last year.

According to the Q3 report, JumiaPay was the company’s fastest-growing category. JumiaPay houses Jumia Group’s financial services like payment processing for items purchased on the platform. It equally provides Jumia Lending, a quick loans service for Jumia sellers which offers them loans based on the vendor’s sales history. JumiaPay also allows users to buy airtime recharge and pay utility bills.

In the period between July and September, Jumia processed 2.1 million transactions, while total transaction volume was $35.3 million, up from $18.1 million for the same quarter in 2018. In perspective, JumiaPay processed an equivalent of 11.6% ($35.2 million) of Jumia’s entire GMV during this period. Growth during the last quarter was thanks to incentives and cash backs.

Jumia has been increasing focus on JumiaPay since last year. In July, CEO of Jumia Egypt, Apoorva Kumar, told TechCabal that the company is doubling down the expansion of the financial service and will focus on Jumia’s existing market. So far the fintech solution is only available in six countries where Jumia operates: Nigeria, Egypt, Ivory Coast, Ghana, Morocco and Kenya.

In September, the company said it plans to make JumiaPay a standalone business.

Ahead of the release of the report, analysts at Motley Fool were optimistic about the future of JumiaPay. They called it “promising” and a major area investors should monitor in the Q3 report.

And in the report, the figures were pretty decent.

But the retailer is still bleeding cash. Its operating loss stood at $55 million, which is higher than the $45 million it recorded in the same quarter in 2018.

In its second quarterly report, Jumia admitted that some of its employees based out of Nigeria had taken part in a fraudulent scheme. In its Q3 report, the company disclosed that it has since fired those employees or they have resigned. But it said it is still reviewing sales practices and wants to implement new measures “designed to prevent similar conduct in the future.”

Jumia also gave an update on two court cases. Following an accusation of fraud by Citron Research in May, several class actions suits were filed against the retailer. In the Q3 report, Jumia said the cases were still in its preliminary stages and gave no further comments.

How has the market reacted to the latest report?

Looking at latest Jumia’s latest share price, it seems the market has reacted negatively to the Q3 report. Its shares opened at $6.83, but it has since fallen to $6.20 (05:19 PM Nigerian Time) at the time of writing.

Business
What will it take to digitise B2B payments in Africa?
Abraham Augustine