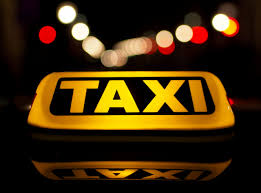 In Lagos, yellow taxis were once the commonest way to commute, but ride-hailing services changed that.

While yellow taxis were once ubiquitous, a refusal to innovate has made them unpopular.

Now a new platform in Lagos called Ekocab will try to pull drivers of these yellow taxis into the modern day so they can compete.

Ekocab is a ride hailing app where you can find yellow cab drivers in Lagos. Until now, you could only get a yellow cab by flagging one down by the roadside.

This situation is not peculiar to Lagos or Nigeria. In many countries, ride-hailing services have changed how people commute.

Where city taxis once held all the cards, ride-hailing services, with their dynamic pricing, are now in many major cities and are the taxis of choice. But in Lagos Ekocab wants to help yellow taxis level the playing ground.

The launch of Ekocab comes a month after a ban on motorcycles and tricycles in Lagos.

Some Lagosians are implying that the timing of Ekocab’s launch is suspicious. Many believe it is an attempt by the government to have a monopoly on ride hailing in the state. But the company refutes this claim.

Ekocab CEO, Segun Cole told TechCabal that although they have been policy consultants to the government, “this is a partnership with the ministry of transportation.

“Up till now, I doubt that Governor Sanwo-Olu has heard of Ekocab,” he said in a telephone conversation.

“We’re providing the government a dashboard that will provide mobility data. This data will allow the government know where the drivers are at every point in time”

Asked if government access to extensive data does not raise privacy concerns, Segun Cole told TechCabal that only a few data points will be available to the government.

Ekocab has been around since 2017. But it remained in the shadows until 2019 when it signed a partnership with the Lagos state government. This partnership will allow thousands of yellow taxis to join its platform.

In February, the Lagos state government announced a ban on motorcycles and tricycles in the state. Reports of harassment of Uber and Bolt drivers by the Vehicle Inspection Office soon surfaced.

On February 28, 2020, The Guardian newspaper reported that the state government and ride hailing platforms were negotiating. Apart from insisting on hackney permits and Lagos State Drivers’ Institute (LASDRI) card for drivers, the big issue was licence fees.

The spokesperson for the Ministry of transportation has denied the reports of a proposed fee. But a denial of these reports will not inspire confidence. Months before the ban on motorcycles and tricycles, bike-hailing services reportedly engaged in several negotiations with the government. There were also several reports of licencing fees: in the end, a blanket ban was the state’s decision.

For Uber and Bolt, the government’s partnership with Ekocab will not help any worries. But for the new Ekocab, government support will not guarantee success.

Issues such as vehicle and  driver quality will determine if it will survive in the difficult ride-hailing sector.

How will Ekocab survive in a competitive sector?

Even with a slew of customer focused features, many entrants into the ride hailing sector have found it hard to gain market share.

Uber and Bolt are the established leaders, despite the attempts of GidiCab, Rocket Taxi and InDriver to split the market.

Like OCar, Ekocab will face the familiar problem of a demand and supply balance. Without a lot of drivers signed up on the platform, customers will not sign up. And without the assurance that drivers will find many trips, they will not sign up their cars to the platform.

But, specific to Ekocab will be issues like car quality. Yellow taxis are notorious for their poor vehicle quality. This is one of the attractions of Uber and Bolt: a guarantee of a certain standard for vehicles.

Another issue will be driver training as well as getting them up to speed with using maps and the other soft skills they need. Yellow taxis in Lagos attract more experienced drivers who might not have formal education. It will be interesting to see Ekocab work around these problems.

TechCabal spoke to Ekocab’s CEO, Segun Cole about how his company is looking to solve these problems.

“We have done training and culture workshops for our drivers and at the moment, we have onboarded 100 drivers”

It begs the question of how they intend to do this when yellow cabs, which remain their main focus, are dominated by older and less tech savvy people.

While the company will also bring on private car owners on the platform, this will not happen until the third quarter of 2020.

A cold online trail for the new entrant

Founded in 2017, there is little information about  the company online. For a technology company, it has no functional website. It also has an inactive Medium page.

The website listed on the company’s LinkedIn is also not functional, as the domain name expired on March 5th.

The company’s Facebook page, created on May 13, 2019, has one post from the same day, hinting at a launch soon.

One of the company’s founders, Gideon Nathaniel listed Ekocab on his LinkedIn page as linked to another company, NODE Nigeria. The website provided for NODE Nigeria is also not functional.

The company’s co-founder, Segun Cole told TechCabal: “we’re going to change that in one or two weeks”.

For now, the company will need to put together a social media team quickly, as an attempt to get the app kicked off Google Playstore is on. Dozens of one star reviews on Google’s Playstore followed Ekocab’s launch.

Some of the ire the app has drawn is because, in its description on Playstore, it claims you can find “e-bikes” on the app. It strengthens the belief that the motorcycle ban was because the government wanted a monopoly of the bike hailing sector.

But the app was uploaded to Playstore in September 2019, before the motorcycle ban and has not been updated since.