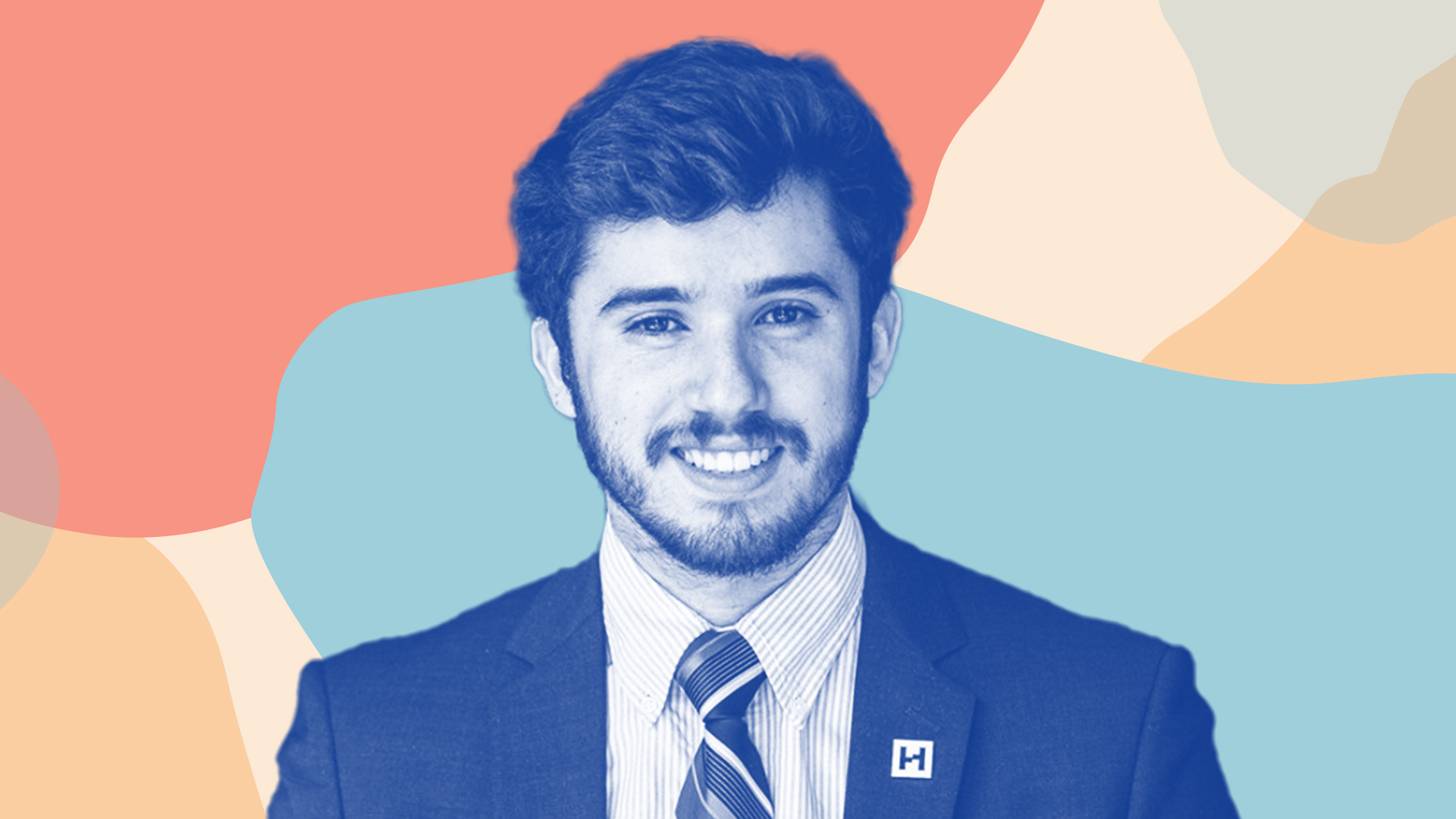 This week, we head to Tunisia where more than 60% of adults do not have a bank account and transactions are very cash-heavy. Kaoun cofounder, Anis Kallel is trying to change that. This is his life in tech.

Anis Kallel calls the next set of stats he reels out somewhat unbelievable. Only 12% of Tunisian adults have obtained loans from financial institutions. Only 13% have used a card to make a purchase even at point of sale terminals and only 36% of Tunisian adults have bank accounts. Loans are largely informal; transactions are often by cash and even if you had a debit/credit card, not a lot of businesses offer you the ability to use it when paying for your purchase.

Through his company Kaoun, which he founded alongside Nebras Jemel and Rostom Bouazizi in 2018, Kallel is trying to get more Tunisians into the financial sector.

The magic of code

Kallel’s interests in technology began in high school while taking classes in simple algorithms and Initiation to Coding. Writing code felt like magic, a phenomenon he found intriguing as a child.

“You can write a line of code and build anything that is applicable to a wide range of industries,” he says on a virtual call from Tunis.

The vastness of the industry, its impact across the globe and its nimbleness were also great pulls towards the industry so that, having secured admission to go to college in the US, he went on to major in Computer Science.

“I just felt it was the major that will allow me develop solutions and build successful products regardless of my physical location,” Kallel says.

A unique approach to financial inclusion

Kallel met his co-founders while an undergraduate in the US. Their choice of the fintech sector was less about picking a sector in the tech industry to focus on and more about the prevalence of an issue back home that they were passionate about solving.  At the core, it is just incredibly difficult to carry out simple money transfers in Tunis, and largely much of the North Africa region.

“We looked at it from the payments angle at first,” Kallel says, with e-banking or mobile money solutions as they experienced in the US as a template for what was possible. But while travelling to 16 African countries working with a Swiss firm, Seedstars, in search of investable African startups, Kallel quickly began to learn that African solutions and the startups creating them were (and needed to be) distinctly unique from what was obtainable in the US or in Europe.

“It did not mean they were less efficient,” he says.

But to build a product that was easy to use and adaptable to the over 60% of adults excluded from financial services in Tunisia, specific user behaviour and local contexts were relevant to the solution that they came up with. And it has not been without its challenges, many of which have been around overcoming regulatory hurdles, re-engineering user behaviour and building trust.

Most banks in Tunisia have banking apps but a lot of them only allow you take a look at your account balance and/or the transactions you make, Kallel says. Many do not have money-transfer capabilities and if they do, are often highly priced. Banks are also often  out of reach especially as they open fewer physical spaces to control operational costs.

“The goal was to make that [account opening] process digital through creating our own eKYC for the purpose of customer onboarding and the creation of customer bank accounts completely remotely while respecting government regulations. We wanted banks to make their process more efficient, more scalable, and more inclusive while still doing due diligence at very little costs,” says Kallel.

“We even negotiated that the bank accounts will be free to encourage people to come into the system and only pay when they see the value of it,” he adds, factoring the behavioural change of users as critical to adoption of its product.

But gaining the trust of Tunisia’s unbanked is challenging especially because of government policies and state-owned infrastructure that stall the scalability startups often bring to the table.

During the lockdowns in Tunis for instance, e-commerce activities grew remarkably as was obtainable globally, but after the first few days, online transactions started facing glitches due to a failure with the servers of the country’s sole payment processing company.

“We have one payment company that processes all cards for all banks in the country,” Kallel says.

While past political establishments instituted such monopolies, the present government has shown willingness to open up the country to more innovation especially through digital infrastructure and innovation. But there is still a long way to go.

It’s been an uphill task getting regulators like the Tunisian Central Bank to approve Kaoun’s MVP (Most Viable Product).

Over the past two years, Kallel and his team have worked with one of Tunisia’s biggest banks to validate the product. With two more banks in tow and with modules that other banks can integrate into already existing banking apps, Kallel says they are now in conversation with most of the major banks in the country in hopes that they adopt the product.

So far, Kaoun has raised two undisclosed funding rounds from angel investors to continue to develop its product while it finalises regulatory guidelines with the relevant authorities.

While this tarries, Kallel is confident that they have created something that can address the financial gaps in Tunisia quite substantially as it builds a network of banked individuals that are then able to access new banking opportunities that they would ordinarily not be able to.

“The solution we’re building is not one of convenience. We looked at what was missing and decided this was something we needed to bring to the table,” he says.

Despite regulation posing challenges to innovations like Kaoun, the Tunisian government, has taken the lead as one of the countries on the continent to put a policy document in place that directly addresses and makes provisions for companies like Kallel’s.

Launched in 2018, the Tunisian Startup Act, through a series of financial aid and legal ratification has made the start of the entrepreneurial journey somewhat easier for Tunisians with things like tax exemptions and social security for employees in place.

“It is obviously a fantastic piece of law and I think every Tunisian entrepreneur will agree on that,” Kallel says about the Startup Act.

Since 2018, a number of other countries have created their own versions of the Act towards creating environments that enable them to thrive, which is what most entrepreneurs really need. Senegal’s Startup Act followed in 2019 and deliberations have begun in Ghana and Mali towards enacting theirs.

For Kallel, his company has particularly found the Act useful for their foreign currency account at a time when the country has a lot of capital controls on receiving and spending forex.

“We use a lot of tools and have servers that require us to pay in foreign currency so this was a huge relief,” he says.

While the Act is of benefit to over 250 companies labelled ‘startup’, Kallel understands that not every one of them will be successful in spite of all the incentives. The Act does make room for this clause. Nonetheless, utilising the provisions of the Act responsibly will go a long way in ensuring that it remains available for coming generations of entrepreneurs and startups in the country.

More recently also are plans by the government to launch a regulatory sandbox which will allow entrepreneurs test out products that require regulation before it is too late.

Startups can iterate quicker, do things for cheaper and innovate in ways that aren’t conventional. And the government’s role remains working closely with the ecosystem to come up with viable examples and to scale them.

If not building Kaoun and trying to bank millions of unbanked Tunisians, Kallel would be re-imagining what education should look like for the future generation. And it is not going to be developing more digital tools with learning content that students ingest, write and pass examinations.

“There are alternatives to the way people learn,” Kallel says. “There are students who are opting to not continue online because for them learning is beyond lecture notes and writing exams and includes the community built around that process.”

At the core of his ideas is to continually innovate in ways that do not leave people behind especially if they are the majority.

Tunis is home to Kallel. Whether it is the food or its accessibility to a lot of other regions, having travelled a fraction of the continent and being away for 6-7 years, deciding to move back was not a difficult choice. Post revolutions that occurred in the region in the early 2010s’, Kallel says there is a new sense of freedom that although has people complaining all the time, has been able to work towards good causes like the Startup Act.

If you were an entrepreneur looking to work in the country however, you will be met with a deep sense of community and deeply committed community members who are willing to hold your hands unconditionally, as you build your business and extend the same to a new member of the ecosystem. This community remains one of the grounding factors that has enabled him continue through the hurdles to build and scale Kaoun.