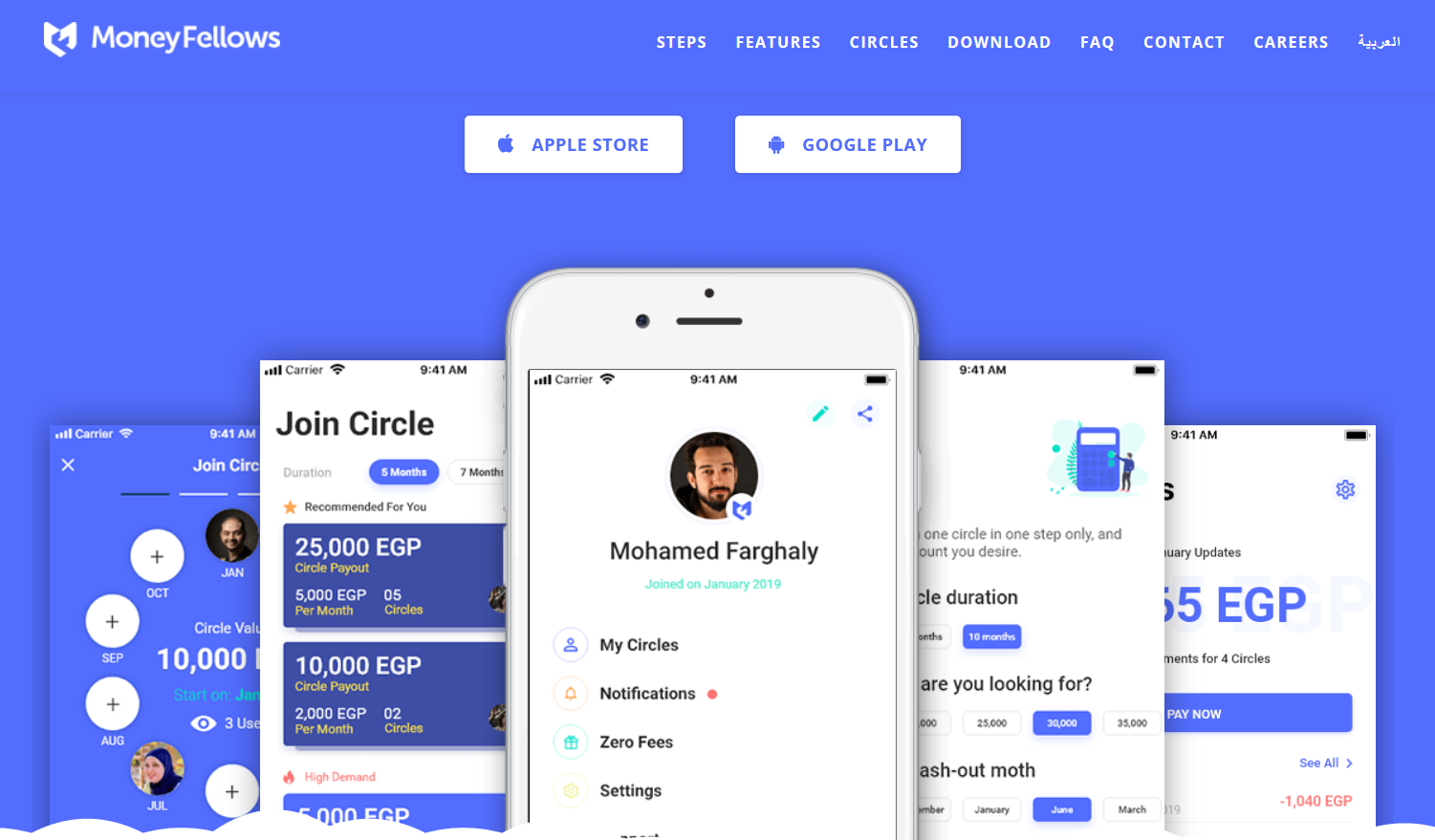 MoneyFellows, an Egyptian startup for contributory savings and loans schemes has raised $4 million in a Series A investment.

Led by Partech Africa and Sawari Ventures, a firm based in Egypt, the funding round is aimed at growing MoneyFellows beyond its base of about 150,000 users with the launch of new products in the coming months, the company said.

Ahmed Wadi, the startup’s CEO and founder, says they plan to spread their reach across Egypt (they are currently concentrated in Cairo) as well as expand to other countries in Africa.

Wadi founded MoneyFellows in 2016 and reportedly raised $1 million in a pre-Series A round last year, with the participation of 500 Startups and Dubai Angel Investors.

MoneyFellows joins the growing cohort of African fintech companies using digital features to give structure and scale to offline financial services. Their solution addresses an often informal system of savings that cuts across continents and could improve transparency in the process of availing credit to those who need them.

Known as “gameeyas” in the Middle East and North Africa region, or “tontines” in parts of West and Central Africa, rotating savings and credit associations (ROSCAs) are legitimate means of leveraging the power of numbers for credit access, especially for low-to-middle income earners.

Such groups can be found amongst friends or colleagues at a workplace who decide to set aside fixed amounts to contribute to a pool, on the understanding that each can place a request for a lump-sum withdrawal to cater to one’s needs.

Depending on the individuals involved, a ROSCA could be a loose aggregation where hand-shake agreements suffice, or formally registered associations.

MoneyFellows requires each user to sign a legal contract before the circle starts. Users can join multiple circles, but participation is based on a credit assessment process that determines time slots and amount to contribute.

Cyril Collon, a general partner at Partech Africa, says MoneyFellows is, “making money circles attractive for millennials and their grandparents,” and that the startup’s digital solution “offers convenient secured lending and saving schemes to consumers.”

The investment increases Partech’s portfolio of African companies that include Yoco, Kudi and TradeDepot, all of which target innovation in the informal sector.

Egypt’s ascendancy as an African fintech destination was exemplified in 2019 by the IPO of Fawry, a pioneering e-payment solution in North Africa. Multilateral institutions and middle eastern angel networks with large funds are throwing their weight behind the region’s emerging companies.

MoneyFellows is on a different, probably smaller scale mission than Fawry. But Hany Al Sonbaty, managing partner at Sawari Ventures sees the startup as “one of the most promising fintech companies” in the region, one that will promote a savings culture in Egypt.