Aided by a syndicate of angel investors, Nigerian startup Trove Finance is setting up for scale 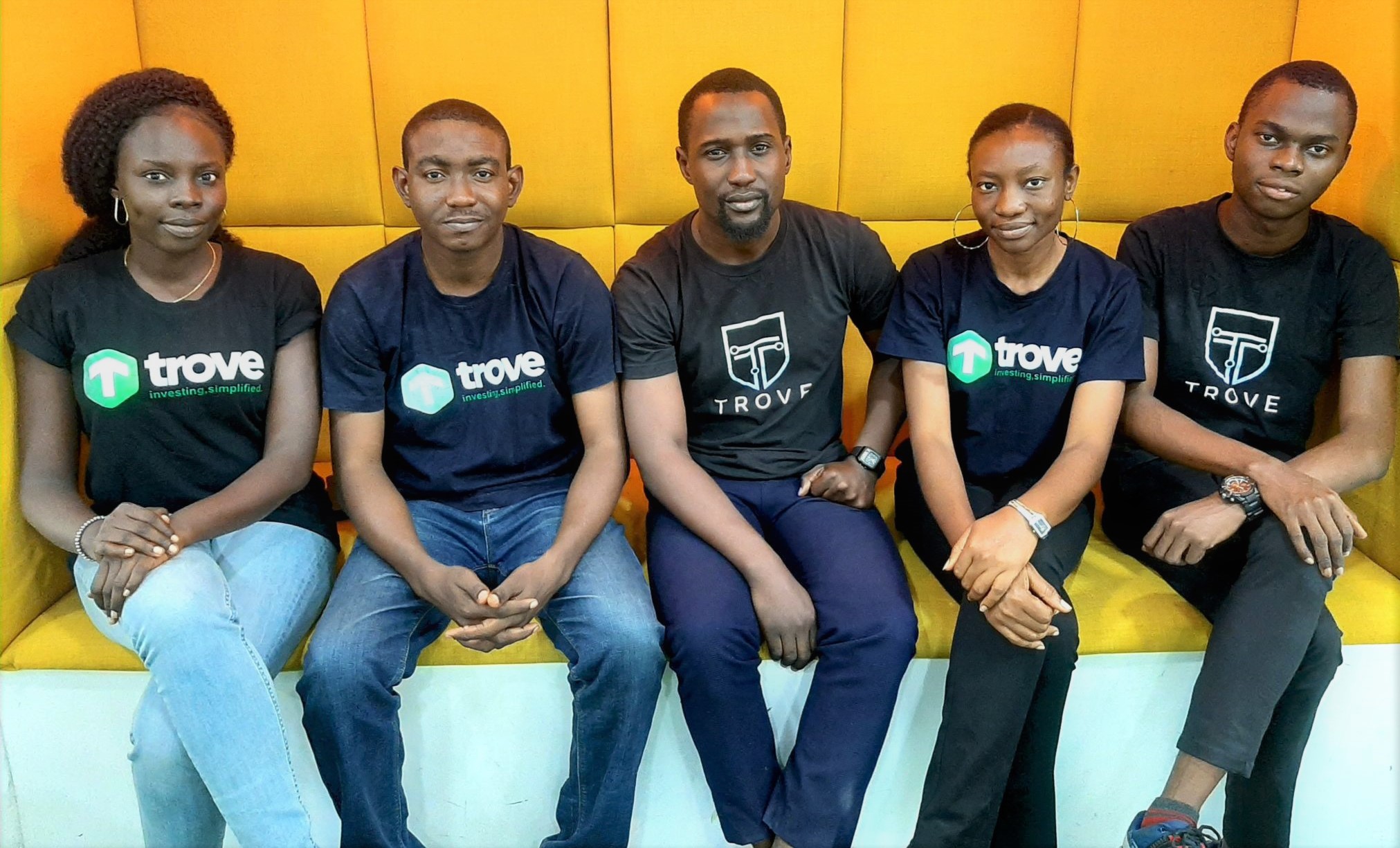 It wasn’t a proper fundraising play, like a pre-seed or formal seed round.

Trove Finance, a micro-investing startup that allows Nigerians invest in US and Chinese stock exchanges, needed quick access to outside capital. One of their existing investors made an introduction to the team at SSE Angel Network, a group of angel investors from the Niger Delta and southeastern states in Nigeria.

A couple of conversations later, three angel groups would coalesce to invest a six-figure sum as one entity, taking a single-digit equity stake that is “not super heavy,” Tomi Solanke, Trove co-founder and CEO, says to TechCabal.

He would neither disclose the specific sum nor percentage stake of the deal, but says the terms do not bring turbulence to the startup’s capitalization table, in case of future funding rounds.

“We’re doing quite a number of things and we just needed to do some kind of bridge financing,” Solanke says.

It was a capped round that closed immediately the desired amount was raised, on a first-come first-served basis for whom participation may interest.

COVID-19 has induced an industry-wide necessity for liquidity, so having cash at hand makes sense.

But Trove’s demand for capital was activated with particular goals in mind: hire developers to close  product gaps, undertake small scale experiments on distribution, as well as organise back office work to comply with regulations and accounting standards.

Barely one year old, Trove is one of Nigeria’s early movers in the emerging space of dollar-denominated investment. Solanke and his three co-founders started the company as a means of plugging naira earners into foreign money pools where the currency is of stronger value.

With digital technology as the enabler, a Nigerian with the financial means gets a slice of ownership in the Amazons, Teslas and Alibabas of the world. Minimum cost of entry on the Trove app is ₦1,000 or $10.

According to Solanke, Trove users have so far invested more than ₦2 billion (> $5 million) using the platform.

While there are fears of an economic downturn due to a still raging pandemic, the last three months have been the startup’s best, Solanke says. With an average of over $1 million a month, they saw as many transactions pass through the platform each month from March to May as in the preceding cumulative months since  operations started mid 2019.

It’s not a handful of insanely rich people doing these investments but thousands of individuals acting as retail investors, according to Solanke. Because Trove requires some personal information – including BVN – it has granular data on the make-up of its users.

Until now, Trove’s major venture capital investment has come through its participation in the Labs by ARM programme, organised by ARM, a Nigerian asset management company, and Ventures Platform, the early-stage firm.

Equity funding from CIL Acquico, a Nigerian holding company was followed by a ₦3 million (about $8,200 at the time) award from the Nigeria Stock Exchange last October.

It is itself somewhat of an innovation for the groups to team up as one, a pioneering “cross-network syndication” that Tomi Davies, President, African Business Angel Network, expects to see happen more often in the angel investing space.

This model of angel investing might indeed have a future. In April, the Future Africa Fund, an early stage firm, kicked off a co-investment scheme where individuals with a minimum of $10,000 can pool funds and invest in deals together.

The fund is managed by an institutional body and Future Africa invests as one entity on the co-investors behalf, though each individual directly opts in on a deal-by-deal basis.

Future Africa plans to invest up to $50,000 per deal for 11% equity. The Fund enlists Bamboo, Rise and Chaka – three of Trove’s early competitors in the dollar micro-investing space – among its portfolio companies.

Solanke prefers to keep a tight lip on Trove’s plans for growth. They are lean, with a focus on product and less on marketing. “I don’t think we have spent up to $100 on ads since January,” he says.

He concedes that the business didn’t start out with a bang. They needed to get investment partners, and set up the product to fit user needs without an existing blueprint to play off of. Some stability has come in the last three months and maintaining consistency is the goal going forward.

“Early-stage businesses are bound to make more losses than gains, but we are in a decent place,” Solanke says. They have no intention to make a splash with the fund raised, which must be at least $100,000.

Staying lean and maintaining a fully remote team, Solanke looks ahead to Trove’s ability to ride the current wave of heightened consumer interest.

The idea is to grow user confidence and build loyalty through honest education on the nature of financial markets, insuring against post-pandemic churn when a sense of normalcy about the local economy begins to return.