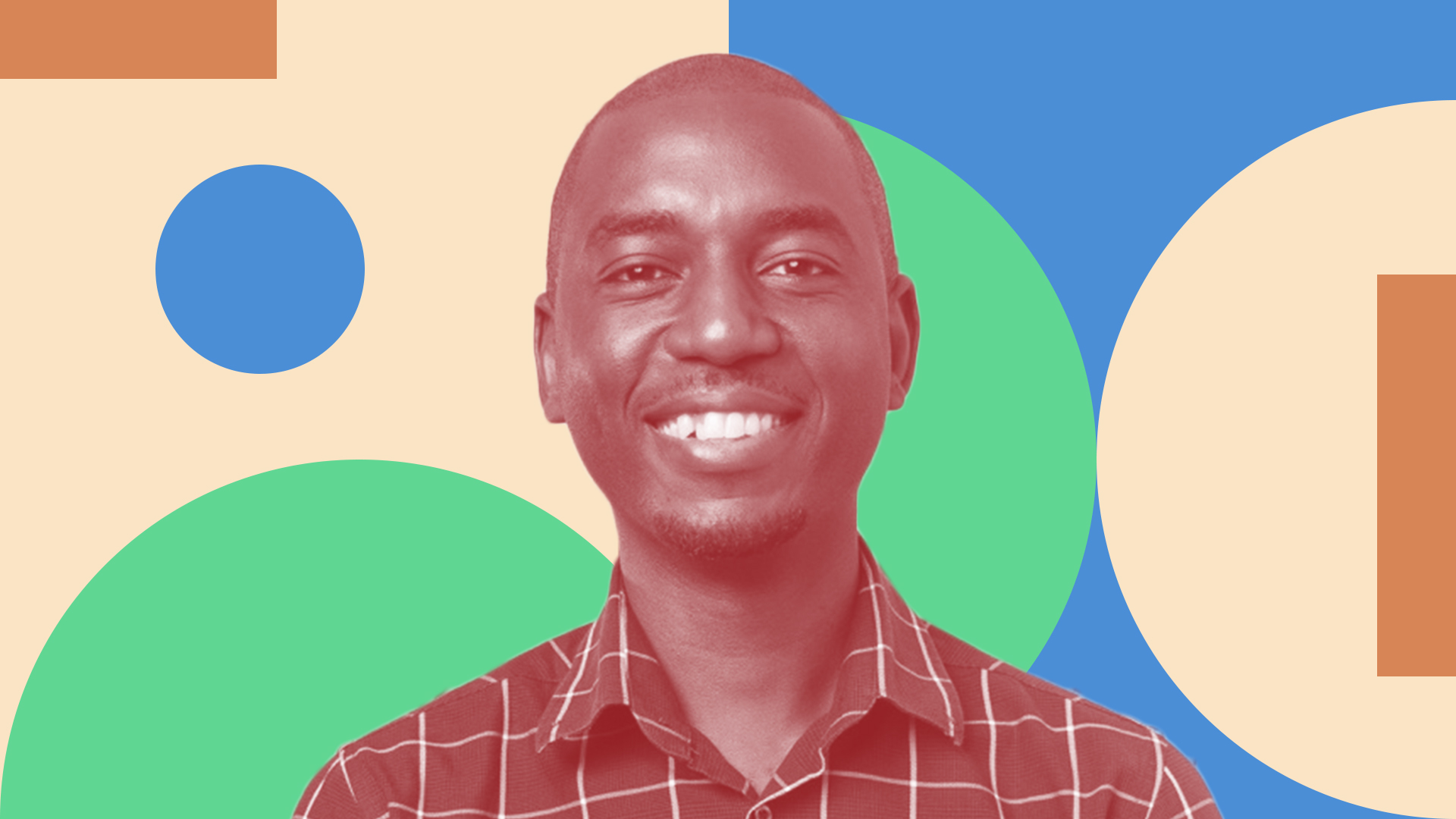 Lukonga Lindunda has been pivotal in the startup ecosystem in Zambia. In this edition of My Life in Tech, the earnest 37-year old spoke with me from Lusaka on two occasions, about the ecosystem, its growth over the years, what investments look like in the country and how the government needs to better strategise for the future of technology.

In 2011, Lukonga Lindunda and his co-founders launched BongoHive in a one room space inside the ministry of education’s office complex in Lusaka. Nine years later, much of the startup activity in the southern-central African country has been spurred and continues to be supported by the hub and its diverse range of activities, partnerships and programs.

Lindunda was born and raised in Ndola, a city north of Lusaka and Zambia’s third largest city by size and population. He was interested in business as a teenager and dreamt of becoming an accountant, until his mother came home with a second-hand computer from an office spring cleaning. Armed with a computer he could tinker around with and exposed to tech-related content on CNN, his interest in technology grew so, that for undergraduate study, he opted for a degree in Informations Systems at the then University of Port Elizabeth in South Africa (in 2005, the university and two others merged to become the Nelson Mandela University).

But finding a job after school proved very challenging. He wanted to build software and a lot of offers at the time were for systems network managers and administrators which he had very little interest in. After finding and working with a few local software companies back home, Lindunda got into the non-profit space where he began working with organisations using tech (geared towards students and teachers) to improve education.

“I would go to the deep rural areas or outskirts of Zambia where people did not have electricity or radio signals and we had to try to get children in those areas to access education,” Lindunda tells me on our call.

“And that was pretty cool, in terms of learning.”

Here were challenges that needed solving and here was technology, a tool that could lead to creating very impactful solutions to solve them. How to drive local innovation and ownership of solutions and support for these solutions became his aspiration. A hub model, he believed, could unlock this process.

At this time, in 2011, Lindunda was in Nairobi witnessing the rise of iHub. Undersea cables bringing internet connectivity had increased and mobile phone penetration was witnessing remarkable incline.

“It was a great opportunity to learn from others to see that it was possible to create spaces where people could come in and innovate, but also provide the infrastructure that would allow people to build communities for collaboration.

With one of his co-founders, Bart Cornille, he began thinking about how to replicate something similar in Zambia.

“I had spoken with Erik Hersman [iHub founder] and a lot of other people from Google to the World Bank,” Lindunda says.

“When I told them we wanted to start something in Zambia, they asked, well, what exactly do you have at the moment? And I said, well, I don’t have anything.

“And they said, look, do something first, once you have some momentum, come talk to us.”

Back in Zambia, he met Simunza Muyangana who would become one of his co-founders, at an event at the University of Zambia which stoked the fire that was burning in him already. During a competition organised by Google at the event, the anchor asks a group of 50 if they know what Android is. Only 5 answer affirmatively.

“And we looked at each other, and went, there is something very wrong about this.”

They spent two hours talking after the event. Muyangana now heads Entrepreneurship programs at the hub and Lindunda describes him as the geek of the team.

Muyangana introduced him to his third co-founder Silumesii Maboshe, whom he says was “just, passionate about training” and now heads consultancy arm of the hub, BongoHive Consult.

Together with a team of eight interns, the hub launched. What happened in the years that followed was understanding how to create value to fill the gaps in the market for its different stakeholders.

Initial challenges and how these have changed over the years

As a sector, the growth of the technology industry in Zambia has been stalled by a few challenges, Lindunda. Talent is lacking for one.

“You can’t leverage on something you don’t have good expertise on.”

Zambia’s population density (24/km2) means internet access and costs are still out of reach for many. After a significant drought, the country whose electricity is highly dependent on hydro power is now having to deal with some load shedding lasting well into 12 hours daily in some parts.

There are also “very very few” local and international investments coming into Zambia to support startups looking to solve challenges and create disruptive technologies to address market needs and what this means is that there is a limit to how far these solutions can grow or their ability to create lasting impact.

More closely, many of the entrepreneurs who walked through the door in those early years had humble-garage-beginning dreams, as did the hub.

“The entrepreneurs that came to the space were those that did not have the skills. We literally had to go back and start teaching people, this is how you build an app,” Lindunda recalls.

“The assumption in the beginning was that these people would know and all we had to do was focus on the idea and help them with the connections.

And many had lofty dreams about the viability of apps.

“Around that time there was this narrative that if I was to build an app and I sell it for one dollar on the app store and a million people download it, I would be a millionaire.”

“Remember we were at a university in 2011 and they did not know what Android was which means they were not even teaching Android development in the universities and yet we somehow expected these guys to be starting the next big app.”

So the first few years were dedicated to helping entrepreneurs understand that the inordinate focus on the technology and not the business was limiting. It was also trying to bridge a lot of gaps in funding, internet and power availability among other things.

In more recent times, Lindunda says the hub has seen more maturity in the kinds of founders who come through its doors. There is focus on building a business and understanding how technology is only an enabler.

“We used to focus on the word ‘youth’ a lot, now we focus on individuals building viable solutions that change the world,” he says, and age doesn’t always factor into this.

“We’ve found that in fintech some of those with the best innovations are those who have worked in the financial services industry for many years.”

Much of the hub’s structure has also changed over the years. At the beginning, Lindunda says there were lots of hackathons, events, lots of talking. Now, the hub has structured programs targeting various sectors and various business stages and continues to work with partners like the World Bank to bring them to fruition. There’s the Fintech4U Accelerator; DITCH Plastic for sustainable solutions; Launch, a 3-month accelerator for founders and many more.

“This has been very helpful in getting the right kind of entrepreneurs in those sectors because our value proposition now is also very clear.”

He says it wouldn’t have worked years back and the hub has been able to follow the needs of its community creating the kinds of programs and solutions that they need as the market demands. This is something he is very proud of.

Some of the exciting startups that have come out of BongoHive in the  last few years include My Perfect Stitch, ZPOS, Musanga Logistics, eMsika, Digital PayGo, KHONDE and Agripredict.

While the government has not stood in the way of the ecosystem and good relations exist with the regulators and government parastatals, a cohesive and strategic focus on technology development as well as implementation is still lacking. There are critical is creating a hub that competes globally, he says.

How does BongoHive make money

They provide training, tech and innovation support through BongoHive Consult, its consultancy arm, to various clients. About a third to half of the team is the consulting team and this contributes significantly to the annual revenue. BongoHive also serves as a co-working space although this is not a significant contributor to revenue which is good because the pandemic has taken a hit on hubs focused on the co-working space model. The hub also receives grants to execute some of its programs. Sometimes, participants are charged a fee to attend a program depending on the program and the agreement with funders

Partnerships that alleviate operational costs like one with Liquid Telkom and MTN or another with one of Zambia’s top corporate law firms ensures things like internet and legal costs are taken care of and so impact the bottom line positively.

Lindunda says originally, government funds like the Citizen Economic Empowerment Fund or Youth Development Fund have over time been made available to SMEs but not necessarily for startups. Over time, there was a shift from purely government led initiatives to diasporan funders, an example being Zenga Ventures (invested in Musanga and Z’POS). Then co-investments began to also occur with ventures like Ground Squirrel Ventures, Kokola Capital and 30:30 Venture Capital. There’s also lots of funding from development finance institutions (DFIs).

Where there is a lack however, is a strong angel investor network that taps into local funding from high net-worth individuals.

“So now we are working on creating an angel network that looks at how we can harness funding available from high net-worth individuals,” he says.

“We are also building our own fund called BongoHive Ventures. It is very much in its early stages and we are partnering with Inside Capital, a leading institutional investor and big local funder.”

Most of BongoHive’s programs have gone virtual and Lindunda says the permanence of these virtual events is something his team is open to exploring considering their reach.

“Why should we have ten to fifteen people in Lusaka when we can have 500 from across the globe? The pandemic has changed our perspective of what scaling means.”

At the moment, the hub also runs programs in Namibia, Malawi and Mozambique in collaboration with local partners but the virtual events open up so much more possibilities.

There’s also now going to be a focus on university-level entrepreneurs through its BongoHive Solve4X program which will be both an entrepreneurship and capacity building avenue for students in partnership with corporate organisations.

Looking back to 2011, Lidunda says he finds it very heartwarming to hear BongoHive being referenced as the kickstarter to many businesses, connections and communities that have come out of it over the years.

People replicating the sense of community that BongoHive began, he says, is very heartwarming and rewarding.

“I know that whatever we become going forward, we will still live on in people’s hearts knowing that they can connect with each other, stay informed about activities in the space and enjoy the conducive environment we have created for entrepreneurs.”