Why Edo state is partnering Decagon to build a 15,000-person software hub 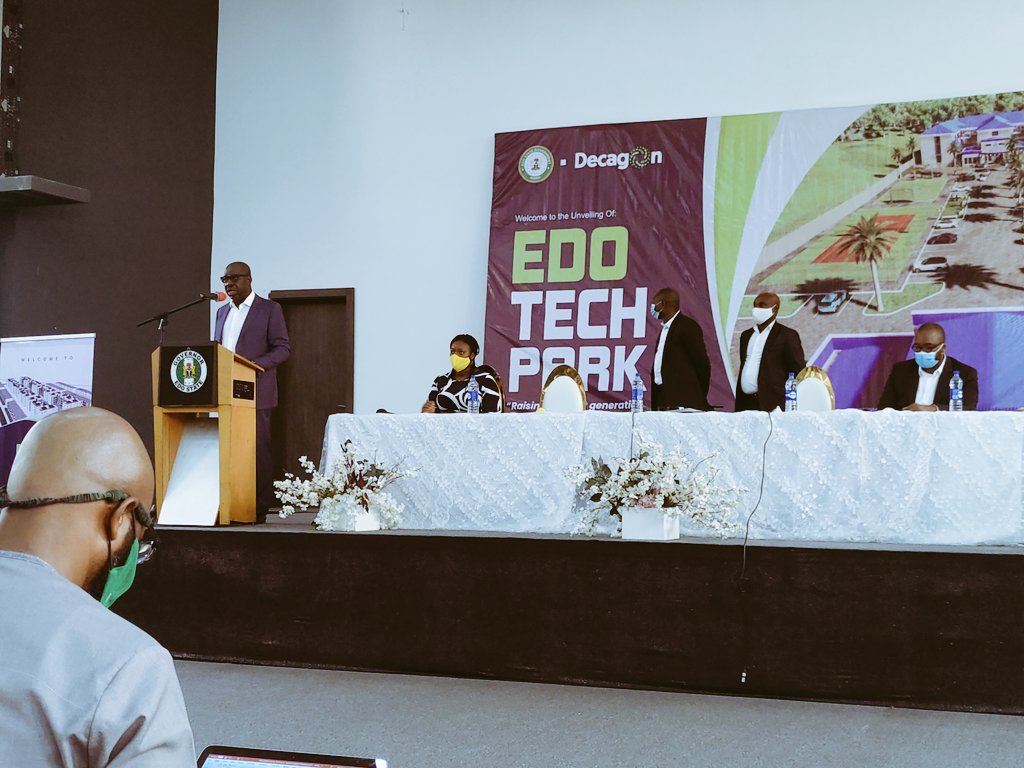 In a socially-distanced conference room of about 300 people, Governor Godwin Obaseki made a stirring twenty-five minute pitch for an ambitious project that would make Benin city, the capital of Edo state in southern Nigeria, an African software engineering hub.

The project is the Edo Tech Park, a sprawling piece of real estate that will be a self-sustaining tech campus at maturity.

The Edo Tech Park aims to raise 15,000 software engineering talents in the state by 2025 in partnership with Decagon, the Lagos-based startup that trains developers through an intensive 6-month programme. These talents will be able to work remotely for the biggest global companies as the trend towards distributed work in the tech world looks set to persist post COVID-19.

According to the terms of engagement, the state government will provide the physical infrastructure while Decagon brings the technical and organisational expertise required to produce the talents. Even as the exact location is yet to be finalised, the project is already underway.

As he explained his administration’s existing tech-inclined projects – like EdoBest which helped teachers in the state create some 9,000 digital classrooms during the peak weeks of the pandemic – Obaseki’s conviction of the feasibility of the Edo Tech Park echoed through the room.

The park ties into the state’s vision to develop and grow a “globally competitive digital economy enabled by technology for the benefit of Edo citizens by 2025.”

But while Lagos has taken off as one of Africa’s technology hubs producing $200million startups, Edo and her 4 million people have lagged behind. Instead of building on its enviable socio-cultural history to bloom into a modern city state, the narrative around Edo has often been themed trafficking and youths disturbing the peace.

Obaseki, a former investment banker who started a second four-year term in November, has set about charting a different narrative.

The Edo Tech Park is a graduation from tech-focused initiatives like the Edo State Skills Development Agency (Edo Jobs) setup to grow the state’s workforce and link them with opportunities. EdoJobs’ program for startup development – Edo Innovates – will immensely benefit from the tech park’s stream of talents, according to Ukinebo Dare, the managing director.

In the city centre, an Edo Innovation Hub run by EdoJobs houses a brewing startup ecosystem.

These initiatives are similar to the current setup in Lagos where the employment trust fund (LSETF) and Lagos Innovates spearhead government efforts to complement the Yaba ecosystem of independent tech hubs and developer communities.

But the presence of a full-blown tech park in Benin will set Edo on course to potentially bite into Lagos’s lead. Obaseki expects it to amount to a “quantum leap” for the state.

By engaging Decagon, the state is doubling down on its belief in partnerships as the best path to sustainable development. Obaseki emphasized that while the tech park isn’t a government project, it is “government-propelled” through the creation of an enabling environment that includes the provision of power through gas fired power plants and fibre optic internet.

With these in place, the government now looks to Chika Nwobi, the founder and CEO of Decagon, to bring the fire required to transform Edo to a technology paradise.

Founded in 2018, the startup has always had an ambition to train 10,000 developers in 10 years (hence the “deca” in the name) through an intensive curriculum that combines software training with business development acumen. Speaking after Obaseki at the launch, Nwobi sounded unfazed by the new challenge of producing 15,000 in 5 years.

He is confident that Decagon’s presence will create 120,000 jobs in the state and boost the push to increase internally generated revenue. He boasted of Decagon’s 0.5% acceptance rate into its cohorts and a 100% placement rate for developers who graduate. He is excited to make Benin Decagon’s new base, away from the constrictions and congestion of Lagos.

Those stats delighted an audience composed of student developer groups, aspiring startup entrepreneurs and staff of the state government. As such, it was all smiles and laughter when it became time to sign the commemorative plaque signifying the official launch of the Edo Tech Park, heralding what could be a modern renaissance for the Ancient City.

Editor’s note: TechCabal’s visit to Benin to report on this event was sponsored by the Edo state government.