TechCabal Daily – The ads are coming…
Get the most comprehensive roundup of technology news on the continent, delivered to your inbox every weekday at 7am WAT

There's alot of buzz about Gamestop whose stock price is up by 685% this year. Interested in understanding what the fuss is about? This Twitter thread explains it well.
In today's edition:

Yesterday, many Whatsapp users woke up to see a status update from a contact that didn’t know they had: WhatsApp. Yes, a status update from Whatsapp itself. It was a message assuring users that Whatsapp can’t read or listen to your personal conversations. But... The message although similar to a push notification from any other app, felt intrusive since many users aren’t used to seeing WhatsApp on their status. Users are now concerned that if the platform could do this, it might, as well as force adverts display on them. Is this good or bad? Well, it depends on how you see it. In an earlier article, I explained that another reason Facebook is changing its policy is to provide information about how businesses can use WhatsApp to connect with their customers. This reason seems to have been overlooked. Simply put, the reason WhatsApp recently notified app users about revised privacy rules is that Facebook is making WhatsApp a place to shop for clothes, book for a hotel room, and chat with an airline about a missed flight. A feature that will be beneficial to business owners, advertisers and even everyday casual users. Looking forward: We all know it’s only a matter of time, the ads are coming.

Would you talk to a robot about your skin problems?

Growing up in Lagos, Ogundipe had wanted to be a doctor. When the time came for her to choose a course to study at the university, she went with Public Health instead. Something about giving seven years of her life to school didn’t sit right with her. In this week’s edition of My Life in Tech, Edwin - who’s on a skincare journey - talks to Oluwaferanmi Ogundipe the Co-Founder/CMO of BARE, the startup built to cater to black skin. “One of the things that we are making sure we do at BARE is correct misinformation about what skincare is supposed to be.” In a world where the response to “I have this rash” is almost always “use this ointment”, Ogundipe’s BARE tries to point out the need for proper skin consultancy. “Sometimes,” she says, “it’s not an ointment you need, sometimes it may be dietary change or more sleep. But these are things you need a skin expert for.” Read more: Oluwaferanmi Ogundipe's innovative bot is analysing and recommending products for black skin

Does your technology help counter disinformation? Enter the U.S. - Africa Tech Challenge for an opportunity to win up to $250,000! Now accepting submissions until February 28, 2021. 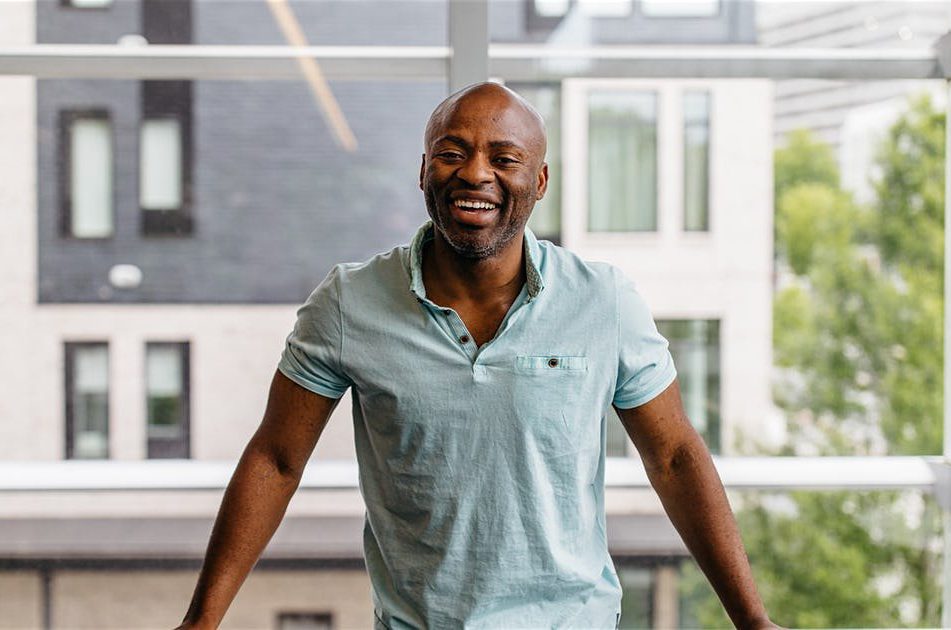 Tope Awotona’s cloud scheduling platform Calendly, has raised $350 million, making the Atlanta-based company valued at over $3 billion. Why the high valuation? It's due to the explosive growth Calendly experienced last year. In 2019, Calendly had less than a million users; now, it currently has about 10 million people using its features. Last year, Calendly also doubled its subscription revenue to $70 million. The reason for the surge in its usage can be credited to the now prevalent work-from-home culture. In the past year, a new set of users, including health workers, teachers, contractors, entrepreneurs, and freelancers, have started using Calendly to schedule meetings. Before this investment, Calendly, which has been profitable since 2016, had raised just $550,000. Read more: Nigerian-born Tope Awotona’s Calendly raises $350m In other funding news Two Kenyan startups Cooked and Uncover formed during Antler’s six-month programme, have received $100k pre-seed funding from its second edition. The programme began in March 2020, with only 30 individuals accepted from more than 1800 applicants. Cooked is a meal kit platform that uses technology to help consumers search and shop for fresh ingredients. It also has easy to follow recipes that make cooking simple. The second startup Uncover is a one-stop skincare shopping platform that offers skincare products to users for healthy skin.

South Africa’s Financial Sector Conduct Authority is planning to regulate trading in cryptocurrencies. Wait, how did we get here? Blame it on MTI. Mirror Trading International (MTI) is a platform that promised users they’ll get 2x their funds/capital when they invest their bitcoin which would be traded on their behalf in the forex market. By November 2020, all was said to be well, it claimed it had 260,000 members from around the world and 23,000 Bitcoin now worth about $740 million. In December, things started going downhill after clients struggled to withdraw their funds. MTI was placed on provisional liquidation (one step away from winding down) and MTI’s management said in a letter posted on Telegram that they were misled and that the company’s Chief Executive Officer Johann Steynberg may have fled to Brazil. What happened: A leaked Zoom meeting between senior MTI executives and leaders suggests no-one had any idea it was all a scam and pinned the blame on the now missing CEO Steynberg, who is accused of controlling about 7,000 bitcoin worth over $200 million. Zoom out: This incident has brought more attention to Ponzi scams. The head of SA’s Financial Sector Conduct Authority, Brandon Topham says, “I have been on radio shows where people say, ‘I am a professional Ponzi investor. You get in quick and get out and like with any business you have to risk money to make money,’” “We need to make an example of MTI so that people understand that investing in a Ponzi is never a good idea.” But defenders of cryptocurrency were quick to point that it's not crypto that scams people. It's people who scam people. 👋 Heads up: Look out for tomorrow’s guest written edition of TC Daily.