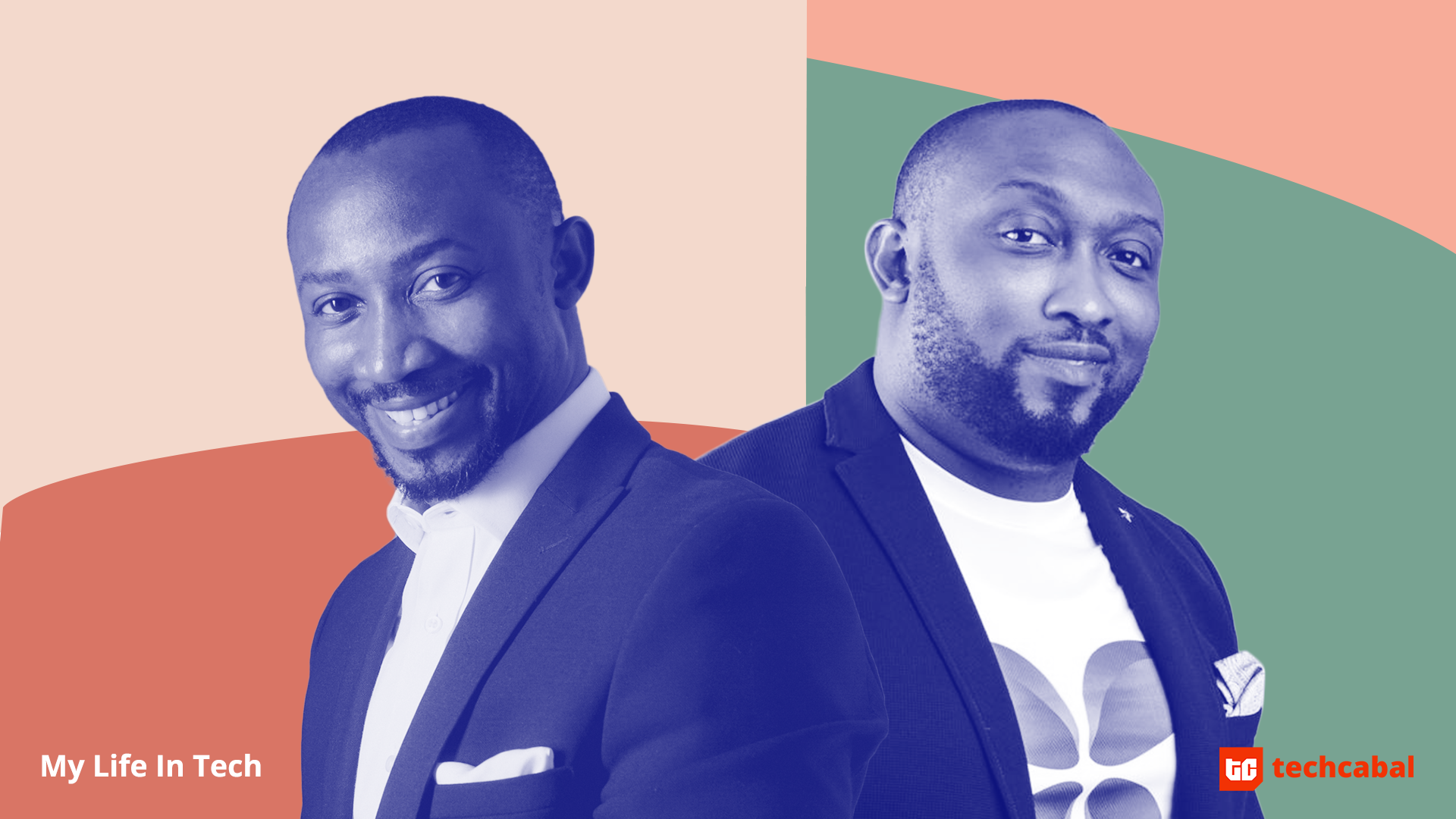 Ayo and Dare grew up in Ibadan, Nigeria. One day, many years later, Dare pays his older brother a visit, they get talking about Dare finding love and somehow that blossoms into a startup that is helping Africans find love.
The Olatoye Brothers are the co-founders of the matchmaking app Trueflutter.

This is their life in tech.

To tell the story of the Olatoye brothers, it might be best to start with the idea that gave birth to their company, Trueflutter.

The year is 2018. Ayo, the older of the brothers, is living in Dubai with his wife Bolaji. His brother Dare flies in from Lagos to pay him a visit.

After years of being away from each other, there’s clearly a lot to catch up on. As they talk about everything from the stress of Lagos to life in Dubai, the night carries on.

Conversations have a way of morphing and soon they are on the topic of Dare’s non-existent love life.

To be clear, he had tried dating apps and even met people on them. But Dare believed that there was something these apps were missing.

They were only concerned with getting you to meet people. But not much else. No attention was paid to the nuances that might exist in a society like Nigeria’s. Few of them paid any attention to the growing problem of catfishing (people pretending to be other people online).

But most importantly, these apps weren’t necessarily interested in helping you find love. This was something the brothers wanted to change.

So when the plan started to form that night, Ayo and Dare decided not to make another dating app. There were several of those already. They decided on a matchmaking platform.

In a world full of people who could cause your heart to flutter, the Olatoye brothers set out to help Africans find their one ‘true flutter’.

For both of them, starting a tech company was far from a no-brainer. Ayo’s first degree was in PsychoLinguistics and Dare’s was in Accounting. And while both these men had extensive experience in business development and marketing, they were not coders.

“So one of the first investments we made was to hire a coach. He was a startup incubator co-chair in Dubai. We paid for a 12-session coaching package.” Ayo tells me on our Google Meet call.

This package helped them build the first version of Trueflutter.

In addition to the app, the brothers also organised physical date nights in Lagos, Nigeria where a select group of young people could meet each other and fill questionnaires that helped them form a basis of what would be needed for the app.

The first version of the Trueflutter app launched in 2018 and grew to almost 15,000 users before a revamp began and a new version was released late last year.

The business of love

During their younger years, Ibadan, an ancient city in South-West Nigeria, was home. The Olatoyes’ was a musical household. Their father, a pastor, encouraged his children to learn the piano and as Ayo says of his siblings, “we could all sing.”

So on days when power shortages occurred, and the heat was too much to bear, Ayo and Dare would sit outside with their siblings and sing songs acapella style in front of their fountain.

This synergy would continue throughout their lives. The brothers have always bounced ideas off each other and even composed music together as adults.

I should tell you about Ayo’s wedding.

It should not be far-fetched that the creators of a matchmaking platform are hopeless romantics. And so in typical fashion, Ayo composed a song for his wife that was sung by Dare on their wedding day.

Trueflutter is their first business venture together.

In a world filled with dating apps, the Olatoye brothers are not the first founders to be related in some way. Coffee Meets Bagel, an American startup, was founded by the three Kang sisters. TanTan, a Chinese dating app, was founded by Yu Wang and his wife Sophia Pan.

You might argue that something about having familial chemistry helps with creating solutions that build relationships.

It was one thing to work on beautiful songs together, but building a solution was a different ball game. The brothers set out to solve a few of the existing problems they found in dating apps while also adding some unique features.

Trueflutter’s audio bios stand out. For Ayo and Dare, this feature exists to ‘reduce the friction’ of the first connection.

In a world where most dating apps assume that your decision on a partner can be made based on looks alone, the brothers wanted to go a step further and provide you with enough information to make a decision that will likely present you with the closest match.

With the audio bio, you can listen and reply with a voice note as well. The app also has an exhaustive list of filters and gives you the option to ‘shortlist’ individuals who you might want to talk to later.

Trueflutter’s aim is to make sure that when you do begin a conversation, you are sure to some degree of the kind of person you are speaking to.

And from what I hear, it works.

Don’t believe me? Ask Dare and his beautiful wife Bola. They just got married and met on the Trueflutter app a few years ago. Talk about serendipity.

Love is a thing to be found or to be found by. The romcoms and the love songs tell us that much.

Musing on matchmaking and the earlier assertion that dating apps were not cutting it when it came to finding love, I started to wonder what other platforms were focused on helping people find love and be found by love as well.

For the brothers, existing dating apps are not competition. When I asked about who they considered competition, they pointed me to a section of Instagram I had never seen before.

In this part of the social media app, there are matchmakers who are paid to compile profiles of individuals and share them to their pages.

Here’s how it works: a man looking to get hitched shares his profile with a matchmaker and describes the kind of person he’s looking to date. This forms a basis for a post the matchmaker puts out. Interested applicants can then apply via the matchmaker’s DMs.

The brothers are digitising this process already to some extent. One wonders what more could be done.

Discussing the future of Trueflutter with Dare, the company’s CEO, he talks about wanting to make the platform even better at matching people.

They plan to do this by introducing machine learning – which will allow the platform to learn from a user’s activity and choices and help filter their possible ‘flutters’ even better.

So what do you get when you put two brothers who sing songs and love connecting people? Apparently, a matchmaking platform that does the damn job.