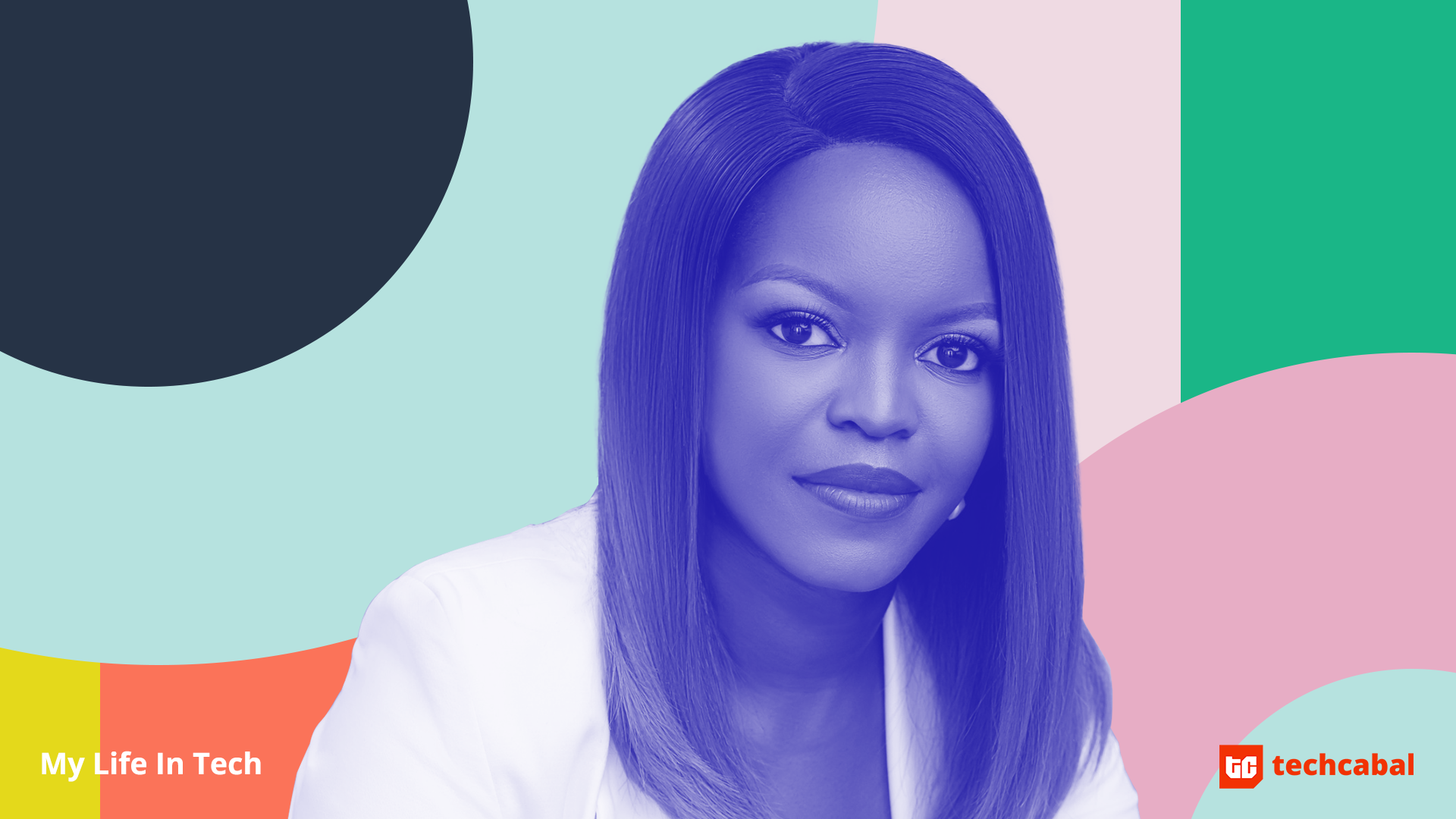 My Life In Tech is putting human faces to some of the innovative startups, investments, and policy formations driving the technology sector across Africa.
Rolake Rosiji’s journey through the world of business and tech has taken her from England to Denmark and back to Lagos. In this time she has taken on several roles in global organisations and helped them scale in Africa. She’s taking on a new challenge as the CEO of Jobberman.
This is her life in tech.

At Oxford University, one of the most competitive courses to get into is Philosophy, Politics and Economics (PPE). Over 60% of applicants get rejected without even an interview and only about 14% get admitted.

When the time came for a 16-year old Rolake Rosiji to go to university, for her, it had to be PPE at Oxford. And while she had interviews, she didn’t get an offer and she ended up studying the course at Durham University.

On our call, she admits that her rejection from Oxford was very upsetting but unknown to her it was the beginning of a journey that would lead to becoming CEO of Jobberman Nigeria, the largest jobs website in West Africa.

Rosiji grew up in Lagos with her older brother and parents. When she turned ten she began splitting her time between boarding school in the UK and holidays in Nigeria.

After getting her degree at Durham, she planned to go on a missionary trip to Argentina. But first, Rosiji made sure to apply for a master’s degree.

“I was very free to choose what I wanted. My parents are very open-minded but I think I felt like I had to prove that I was coming back to do something ‘sensible’,” she said.

So on her return from a trip that would take her from Argentina to Japan and then the US, she began studying to receive her MSc in Development Management at The London School of Economics and Political Science (LSE).

As Rosiji narrates her story, it becomes clear that with her there is a pattern of audacity that has now permeated her work and attitude towards life.

It can be argued that this fearlessness had always been there, but it will get tested as she forayed, time and time again, into the unknown.

The first time was deciding to leave England.

Today, if you listen to the “On Londonnn!” episode of her podcast, The Other Side of The Atlantic, you can hear in Rosiji’s voice that London is a place she is very fond of. But after working a few years at PA Consulting, a management consulting firm in the UK, Rosiji wanted a new challenge.

Specifically, she missed home and wanted to return to Lagos but she could not seem to find a job that was the right fit for her.

Soon she shifted her focus to the World Bank in DC.

“I flew myself there twice for interviews and random coffee chats but never got offered a full-time opportunity.”

This, she tells me, is where the fear began to kick in. She wanted to leave this job but it didn’t seem like anyone was willing to give her a chance to work anywhere else.

So you know what she did? She left the job.

Rosiji was focused on returning to Lagos and following a Startup Weekend event, she was convinced that starting a farm in Nigeria – something she’d always wanted to do – was her next move.

She enrolled at the Copenhagen School of Business to study a course on Agriculture – a decision she made without her parents’ knowledge.

“I never told my parents I’d left the job. I was in Denmark and they would call me and I would say ‘Oh yeah, I’m in London. At the office.’”

Coupled with living in a new city and finding her way alone, at this point, she had already spent a lot of her savings.

In 2014, she completed her course. The next step was moving back to Nigeria. But ebola struck and her plans had to change again.

This time she decided to take some time and stay with a friend in Dubai.

In Dubai, she would attend another Startup Weekend event and begin to work on her first tech-enabled startup – Elle Bosse.

Rosiji’s first stint as a founder was a startup called Elle Bosse (french for ‘She Works’). The idea for it started to form during her time as a masters student in the UK.

“I started up an initiative to empower women. I’ve always been obsessed with women empowerment; getting women to do more stuff.”

The goal was to connect ‘boss women’ across London. It started with building a community on Facebook where she would invite her friends who she thought were doing amazing things in their fields.

“I’d organise lunch and just announce to everybody, ‘On Sunday, we are meeting at Oxford Street. Come if you want to learn how to run your own business.’”

“I was just bringing women together.”

While in Dubai she decided to expand on this idea and create an app. She likened it to LinkedIn but for women only. A place where young women could meet seasoned professionals in any field and receive mentorship. All of this, in a safe space.

Rosiji looks back and admits that this was and still is a good idea but at the time, she didn’t know enough to run a business.

“So I had the idea but I didn’t know how to raise finance. I was bootstrapping with people I had just met for a week and couldn’t manage them. I had been to a couple of startup weekends and I thought maybe I could do it.”

Running the business from her own pocket took its toll soon and Rosiji had to resume her search for a job again. But now, the fates were kind.

She would finally return to Lagos, to work, serendipitously, at the Danish Embassy.

Before applying to work at the embassy in Lagos, Rosiji had applied to work at Arla, the makers of Dano milk, twice – once in the UK and once in Dubai. Both times she had gotten no response.

While she worked at the embassy as a commercial advisor, she was tasked with helping Danish companies enter the African market. One of those companies was Arla.

At Arla, she was in charge of connecting the company with Fulani farmers and helping them facilitate local milk production and reduce the pain of exporting milk from Denmark.

It was during this project that the MD of Arla recruited her to head Business Development and Strategy across Sub-Saharan Africa.

While there, she oversaw Arla’s expansion in Ghana, Senegal, and Cote d’Ivoire. Her work at Arla would also take her back to Denmark and then the United States for a while.

Believe it or not, when Rosiji’s next career move came calling, she kept trying to pass it on to someone else. It came in the form of a former colleague she had worked with while she was consulting in the UK.

He had recently joined M-KOPA, an asset financing company, and had asked her if she wanted to try something new at this tech-enabled startup.

“I kept telling him that I knew very qualified people I could recommend to him. That I’d never done solar or fintech. But he said no. He wanted me at M-KOPA.”

After a year of trying to turn down the role, Rosiji finally accepted to become the country manager for M-KOPA in Nigeria.

“In my first six months, I just focused on payments. How to collect micropayments in Nigeria from both the banked and unbanked in a secure manner.”

After her success with scaling Arla’s sales model across Sub-Saharan Africa, Rosiji was expected to work her magic at M-KOPA Nigeria. And she did just that.

Partnering with Nigerian fintechs Interswitch and Paystack, and coupled with a model that used SIM technology, she was able to ensure users in Nigeria could make secure payments for M-KOPA’s services.

Rosiji started a new job over a month ago. She is the new CEO of Jobberman Nigeria and she will be focusing on helping young people find the right jobs for them. The circle doesn’t get fuller than that.

Jobberman and the journey ahead

In her new role, Rosiji is tackling youth unemployment and underemployment in Nigeria where one out of three young people are underemployed and recent data shows that job seekers are applying for up to 20 jobs per day.

In partnership with the Mastercard Foundation, Jobberman plans to train 5 million young Nigerians in digital, creative, and agricultural skills by 2025.

Following the establishment of the Nigeria Infrastructure Company (Infra-Co), with an initial seed of N1 trillion, Jobberman is currently bidding to be the HR Recruitment partner for the upcoming project.

Under Rosiji’s leadership, the company is also building its tech job focus by creating a tech skills assessment product on its website and also entering partnerships with companies like SideHustle.ng, Haptics, Wootlab Innovations, and many others.

Rolake Rosiji’s journey has taken her from searching for jobs to helping people find and secure their dream jobs.

When she talks about the many times when it felt like she had hit rock bottom, she always seemed to ask herself the same question: “What do you want to be?”

The answer is clear now. Fearless.