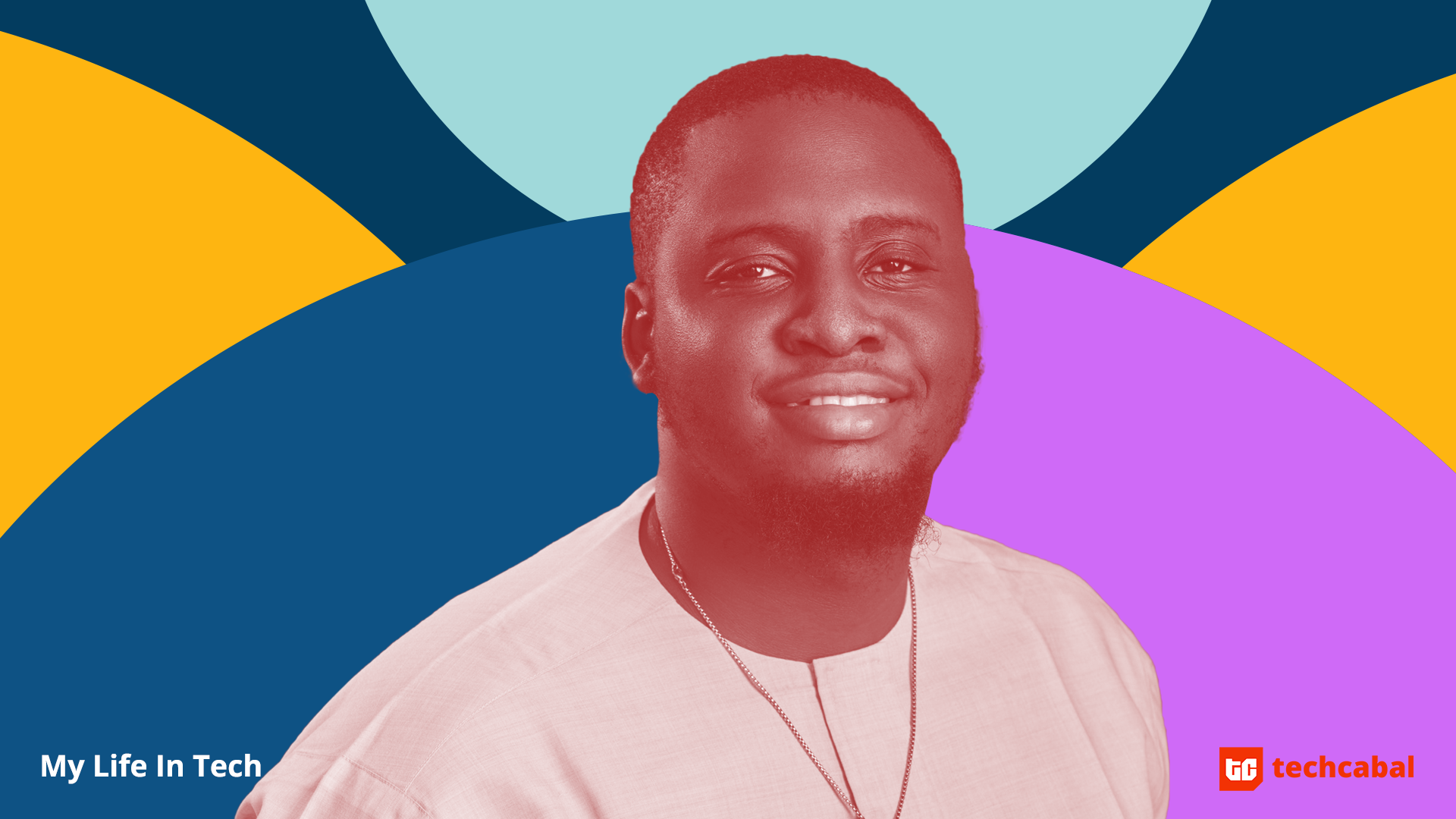 During our conversation, Excel Joab tells me that one of his favourite songs is Go Solo by Tom Rosenthal. He first heard the song in a DSTV ad. This, the opportunity to be discovered by new audiences through films or ads, is something he wants to make possible for artists on the African continent.

“I want to help the next generation of artists build that bridge between music and movies,” he said.

But his journey to making future plans in the music industry did not start conventionally.

He was set to join the military. His grandfather had been in the Nigerian Army and he had attended a naval secondary school. When he finished studying political science at the University of Lagos, it was time for him to decide what he wanted to do next.

“I was really confused. I didn’t know what I was going to do. My dad always wanted me to join the military but I didn’t want to do that.”

Fuelled by his desire to become his own man and the sheer refusal to do a thing just because his father said so, he opted out of joining the military and instead began to focus on the things he loved; pop culture, movies, and music.

Today he is the Content Acquisition Manager at Boomplay’s Nigeria arm. The Digital Streaming Platform (DSP) Boomplay has up to 86% of its 75 million users in Sub-Saharan Africa.

His story begins in Kaduna, in the north of Nigeria. It continues through to Port-Harcourt, in the south, and then it heads west to Lagos where he is now concerned with ensuring that the music you love gets to your ears.

“I’m one of those people who social media really helped to figure out what they wanted to do with their life.”

Excel tells me this during our call on a hot Lagos Wednesday. Much of his job today focuses on making sure the over 5000 new songs released weekly make their way to the anticipating fans.

After he told his father he would not be joining the military, Excel had to figure out what he would do to earn a living. While he waited to make a decision, he continued to do the thing he loved on social media – talk about movies, music and culture.

Twitter was where he would begin to build an audience of people who found his understanding of the zeitgeist fascinating. And it wasn’t far fetched that he found an audience. When you meet Excel you get a sense that he is a man who knows things.

One of his followers at the time reached out to him and told him he could just turn his tweets into articles and properly package his content. He began writing for a blog and soon one blog became three blogs.

He later landed a job as an entertainment content creator for Scooper a publication by Transsion, owners of Boomplay. While at Scooper, Excel began to hone his skills as a content creator but also as a part of music creation.

For the love of music

His love for music is not unfounded. When he tells me tales from secondary school, he tells me of the times he performed at his school’s talent show in front of adoring fans— aka his friends.

When people tell stories of their musical escapades in their younger years they usually skip the part where they give themselves befitting monikers to match the music they were making or performing.

“I didn’t have a name. People already treated my name as a nickname.”

But performing at shows in school was not the beginning of his love for music. At seven, he had started playing the drums, very likely following in the footsteps of his father, a pastor who had previously been in a gospel band called Steve and the Glues.

In his role at Scooper, Excel continued to create content around music and this led to more invites from label executives who wanted to get his thoughts on moves they were making. As this happened, Excel took time to learn the music business thanks to direction from people like the Nigerian hip-hop legend M.I. Abaga.

Excel would soon begin providing PR services for artists and this ranged from creating Electronic Press Kits (EPKs) to making sure their press releases were published on certain blogs.

“A lot of these artists were working on limited budgets so I would have to beg the blogs and sometimes offer them ₦5,000 or ₦10,000 to run the press release.”

Eventually, he got a call to become a content executive at Boomplay’s media arm BoomBuzz. His work at BoomBuzz would eventually see him interviewing the now Grammy-award winning Burna Boy.

It’s clear Excel plans to continue working within the music space. His podcast “Terms and Conditions” with music critic Omotolani Alake and OAP Melody Hassan, keeps an eye on trends in the African music industry.

“In the years to come, I feel like Africa is going to be a huge deal. We’ve seen signs of it already but it’s going to get better.”

To focus on what ways he plans to participate in the African future he speaks of, Excel points to the examples of the Latin music community and the K-Pop genre. These two industries have excelled by being very plugged into the movies and series they export.

With every telenovela and K-Drama show watched and binged on, more of the local music from these countries are discovered around the world.

Excel believes this is a key to helping artists in Africa earn a living and remain relevant for a long time to come and he is keen on bringing it to fruition.