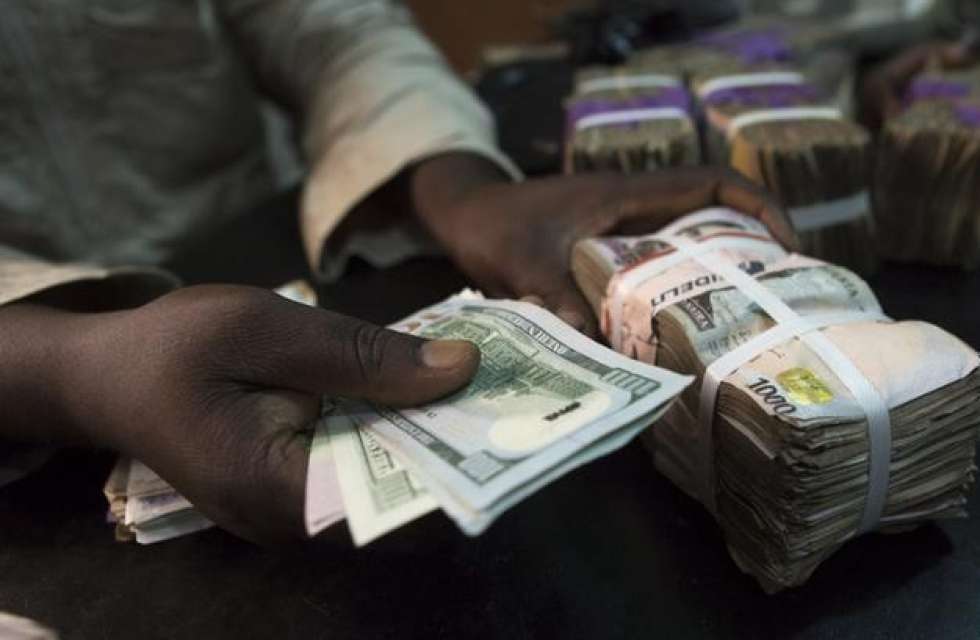 Aboki Africa is a startup that offers digital foreign bank accounts and foreign exchange services to Nigerians via its web-based platform. The company was founded by Idorenyin Obong and Joseph Aghedo, inspired by the personal experience of the former.

“The idea first came up in 2019. I had saved up in U.S. dollars and wanted to pay my rent with the money. I remember spending most of my day trying to convert USD to Naira,” Idorenyin told TechCabal. “The experience was concerning to me at that moment, and led to Aboki Africa, which we launched around a year later.”

Back then, Idorenyin employed the services of a bureau de change (BDC) operator in Lagos to convert his money. Fast forward to two years later, the exchange rate has not only skyrocketed (in favour of the USD), it’s also become harder to find a money changer.

This is because, on July 27, the Central Bank of Nigeria (CBN) halted the sale of foreign currencies to bureau de change operators, a decision that sparked backlash due to the vital role BDCs play in the retail segment of the forex market.

The wide network of the 5,600+ licensed BDC operators has been a reliable and easy go-to source for Nigerians quickly seeking foreign currency for education, travel, and other minor transactions.

But that was not the first time a CBN announcement on forex-related affairs would cause apprehension. Since 2015, a major economic challenge Nigerians have had to deal with has been the sourcing and pricing of foreign currencies, due to the central bank’s questionable forex management.

Keeping track of the CBN’s foreign exchange policies can be a dizzying affair as is setting up and using domiciliary accounts at legacy banks. The only solution is to build a better system and that’s what Aboki Africa has set out to do.

Aboki Africa officially launched in 2020 as an online money exchange service. Users could transfer foreign currencies from domiciliary accounts to their Aboki accounts in exchange for naira and vice versa.

But after facing some difficulties with executing transfers, Idorenyin revealed that the company had to rebuild the platform, which culminated in a July 2021 relaunch with the addition of digital foreign bank accounts.

“Initially, we expected that users would figure out how to receive their money and then come to the exchange using Aboki Africa. But now, we’re also helping them solve the problem of receiving money, which they can exchange with us immediately.”

Aboki Africa uses the parallel market (black market) rates for currency exchanges and charges a 1% fee on every transaction or conversion, capped at ₦3,000 (around $6).

Nigerians can sign up and get a foreign account within 1-2 business days after registration, provided they meet compliance requirements, according to Idorenyin.

For now, Aboki Africa only provides European currency-denominated accounts (Pounds and Euros). It is currently working on adding USD accounts.

Aboki Africa’s operation so far has been funded by two angel investors. Idorenyin revealed that the startup is in the process of raising pre-seed funding.

The startup plans to expand product offerings for users, starting with the addition of more currency support including USD, and the launch of a mobile application. It is also looking to deepen market penetration in Nigeria.

Currently, Aboki Africa has around 3,000 users. Given the sheer scale of the retail forex market in Nigeria, the startup will be looking to increase its user figures significantly as it expands, especially in the wake of the CBN ban on BDCs. The demand pool includes remote workers, remittance recipients, importers and exporters, traders, manufacturers, etc.

“There’s a huge market of business people and remote workers, especially because of Covid. They can generate foreign accounts with us, give to whoever is paying them from abroad and get paid, as well as exchange currencies with us.”

Idorenyin is also targeting the API infrastructure market for foreign exchange, which he says is currently untapped.

“We have a couple of things to improve on and offer. For instance, providing infrastructure services such as APIs to other companies for global foreign payouts. Aboki Africa is also considering expanding to as many countries as possible.”

During his undergraduate days and since bagging a bachelor’s degree in computer science from the Cross River University of Technology, Idorenyin has worked with some of Nigeria’s leading startups, including Hotels NG, cryptocurrency exchange Busha and Paystack, and as a technical writer for foreign companies.

He says with his work experience, he could “easily have kept working and earning great salaries” but had to build Aboki Africa because it was a “personal pain point and there was no solution” available.

“That’s one of the things that keep you going every day. We were not trying to build this because everyone is building a startup. It’s a problem we really wanted to solve.”