mygarage.africa is digitising how commercial transport vehicles are leased in Nigeria 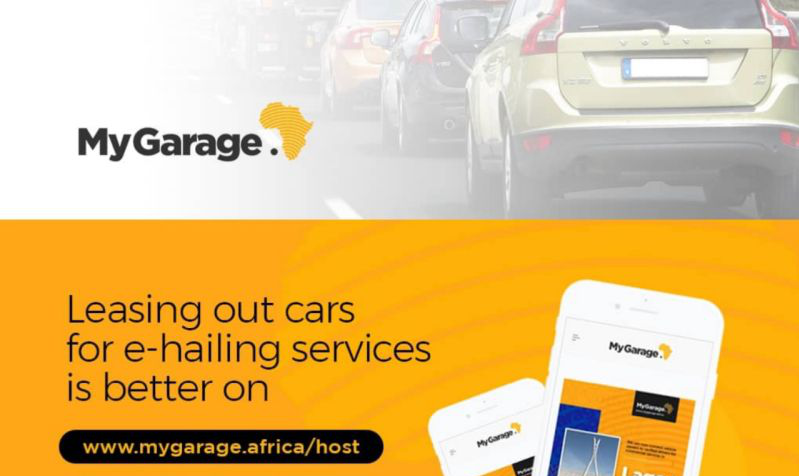 Over the past few years, tech solutions such as ride-hailing, carsharing, and vehicles-on-demand have helped to address some problems created by rapid urbanisation in Nigeria’s transportation sector. However, fundamental problems remain in the commercial transport vehicle leasing market.

In Nigeria, owning a vehicle is a luxury that many can’t afford. Hence, the majority of taxis and danfo—the privately run yellow and white mini buses that serve as unofficial public transport in Nigerian cities—are leased to drivers, who have to deliver rental fees to the owners either daily, weekly or monthly.

Inefficiencies within the largely informal space allow for fraudulent activities, from drivers defaulting on agreed payments to dubious investors leasing out unroadworthy vehicles. mygarage.africa is an online platform tackling these challenges by digitising the entire value chain in this market, from the way owners and verified drivers connect, to how the vehicles are maintained and rental fees collected.

Typically, the average Nigerian wanting to go into the commercial transport vehicle leasing business would rely on the recommendation of close acquaintances and without any form of guarantee on rental fees to be paid.

“Most times it’s based on only trust and drivers that get the vehicles often come up with excuses for why they can’t pay despite your agreement,” mygarage.africa co-founder Sylvester Chude told TechCabal. “We’ve seen an incident where a driver claimed his mother died on two occasions just to avoid paying the owner.”

mygarage.africa was created by Envio, a mobility-focused software-as-a-service (SaaS) startup founded by Chude, along with three other co-founders, in 2018. Launched in Abuja last October, the digital platform allows owners to create virtual garages to list vehicles for commercial rent or vehicle finance lease and connect with verified drivers.

A telemetry device—designed by Envio, leased to car owners, and installed by partner tracking companies—is fixed in the cars to generate data on the maintenance and roadworthiness of the vehicles while in use. Periodically, owners get automated reports on the inspections from support partners via a mobile application.

In addition, mygarage.africa has a billing gateway that guarantees rental fees. The system alerts the driver ahead of the agreed date for the next rental fee to be paid. If a driver defaults on the payment, the telemetry device disables the car engine and prompts the owner. But as soon as payment is made, the engine is restored. Envio makes money by charging a platform fee every time a car owner gets paid.

“Insurance can cover theft but won’t cover default on rental fees or misuse of the vehicle by the driver. What we’re bringing to the table is discipline, keeping drivers on their toes and preventing investors from losses,” Chude said.

Chude’s work at CoTrac opened his eyes to the possibilities of developing home-grown vehicle monitoring solutions, including the use of local servers and the manufacturing of tracking equipment.

But why start Envio, when there are several vehicle tracking devices flooding the Nigerian market? Chude believes that while these products have their entry points into the market, they do not fully capture the entire needs of car owners and drivers like mygarage.africa.

“These days, vehicles have advanced computer systems from which we can source data on their health. With that data, our advanced system can shut down the vehicle or fine a driver if, for instance, he drives against traffic or his license has expired,” he explained.

Expansion to Lagos and beyond

Having gained popularity in Nigeria’s capital city, with the Envio device installed in over 1,000 vehicles so far, mygarage.africa is launching in Lagos, the country’s commercial hub, this month ahead of a planned nationwide and pan-African expansion.

“We’re very ambitious because what happens in Nigeria most likely happens in other countries in Africa. The majority of cars used for public transport aren’t owned by the drivers,” Chude said.

However, in the way of mygarage.africa’s growth are significant challenges. For one, Envio has had to grapple with the costs associated with being a pioneer in the commercial mobility-focused SaaS space in Nigeria. According to the CEO, the company is currently raising $1 million to improve its technology and inventory, due to the huge size of the addressable market.

“Considering we’re starting the journey in Africa, it’s expensive for us as we make some mistakes but eventually learn from them,” he said. “We’re currently raising, and need to have as many of these devices as possible to give out to many car owners.”

Being able to convince Nigerians to adopt the solution has also proved to be difficult. This, according to Chude, is because it’s new and even harder for those who have had a bad experience in the commercial transport vehicle leasing business. A lot of consumer education is needed.

Regardless, Timothy Nunu, an early investor in Envio and co-founder, is upbeat about the company’s prospects.

“This is a home-grown solution to a local problem, but it’s software and adaptable to several other markets. We have very good traction, a clear revenue model, and the problem being solved is obvious.”

Timothy Nunu has more than a decade of professional experience that cuts across the energy and financial services industries. He worked at some of the world’s leading investment banks, including Morgan Stanley, Citi, and Barclays Capital before moving on to found Timproxy, a Lagos-based energy company with a focus on oil and gas, marine, and power industries.

Why the decision to pivot into the startup space, invest in Envio, and even go on to oversee the startup’s strategy and operations?

The co-founder believes that Nigeria’s transport vehicle leasing business promises a high and viable return on investment (ROI) for investors willing to bet against the risks present within the sector and his experience in other areas apart from technology has helped in building Envio.

“The only problem in the sector is the risk and our technology reduces that exposure significantly,” he said. “In addition to the technology, however, a lot goes into formulating strategy. There are issues of supply chain and logistics, procurement, quality management, and other areas in which I have experience and help the team with.”

Beyond serving individual drivers and car owners, Envio sees real growth opportunities in working with transport unions, taxi aggregators, and e-hailing startups such as Uber and Bolt. These can offer the mygarage.africa technology on lease to car owners en masse while platform fees will be shared between all parties.

“Taxi businesses and e-hailing can’t reach full potential if downstream issues like fraudulent deals in car leasing aren’t addressed. Our accelerated growth depends on how many of these business partners we can work with,” Chude said, likening his company to Microsoft that provides software for laptops to function.

“We’re trying to create a standard, check fraud, bring accountability and transparency in this space,” Nunu adds. “It’s not just about flooding the roads with cars. The quality of people that will drive them matters and our system checks both the drivers and everyone in the system.”