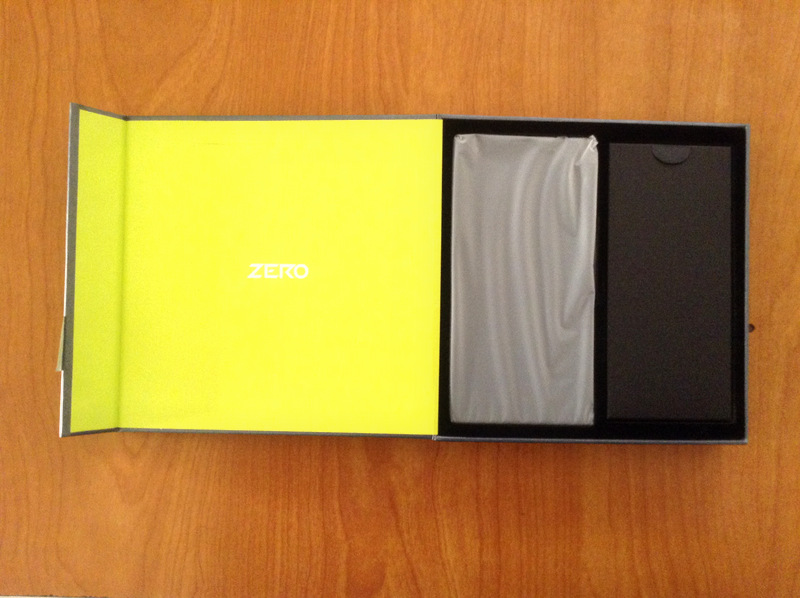 All exclusively via Konga.com

A lot of folks are probably wondering how a device with such amazing specs comes so cheap? How much smartphone can you actually get from a sub 30k device? Well… quite a lot. I review the 1GB RAM/ 8GB ROM variant. If you buy an Infinix Zero from Konga, you get complimentary 500 MB monthly data from Etisalat, for the next 12 months. That’s 24,000 worth of mobile data.

Cruising on the highway

After my first few days with the Inifinix Zero, I thought the performance was outstanding for its class. I am still quite impressed.

Multitasking is a breeze, the gaming and video experience is smooth. The Infinix Zero is the first low/mid range Android smartphone I have used where background apps never restart, when you relaunch from the multitasking screen. And unless you’re coming from a really high end device, there’s hardly any noticeable lag with the Infinix Zero. I can’t say how long before it starts to deteriorate in overall performance (don’t they all?). My guess is that by the time that happens, you would have gotten more value than bargained.

I am quite impressed with the Infinix Zero display. Viewing angles are really good and it does considerably well under direct sunlight. I find that I can get by with below 50% brightness level in most lighting conditions.

Under direct sunlight however,  you are forced to ramp brightness up to 100%. But you will have no trouble reading text or viewing images and videos. The Infinix Zero won’t win any awards for best display but you’d be hard-pressed to find better displays in its price range There’s this thing OEMs do with low budget devices. They come cheap  with all these impressive specs and all  but then as a trade-off, you’re punished with very little internal memory for installing apps. And even worse, not all apps can be moved to your memory card. Soon you start getting tons of “internal memory” warnings. I had this issue with the Innjoo i1s, and I’m not even an app junkie. I was kinda expecting same with the Infinix Zero. I was  pleasantly disappointed.

The good guys at Infinix were nice enough to allocate a full 4 GB for apps. Even better, a lot of the apps you install on the Infinix Zero will default to the memory card. The app junkies are probably smiling now.

Invest in a powerbank Right from when I first saw the specsheet, I wasn’t expecting much from the Infinix Zero in the power department. I was right. Afterall, there’s only so much mileage you can get from a measly 1900 mAh battery powering an 8-core processor.

I managed to get 8 hours of fairly normal use from the battery before it dropped to the critical 10%. This means if you unplug at say 7am  in the morning, by 3pm you will need to recharge. Of course you could probably get more hours from more cautious use. “Normal” use is very subjective.

Bottom-line – Infinix Zero battery life sucks. If you’re looking to get this device, please “invest” in a powerbank

The Infinix Zero features a 13 MP camera in the rear and 2 MP in front. If you are looking for Samsung Galaxy S4 image quality, you might end up disappointed. There’s more to quality phone cameras than just megapixels.

Not that the primary camera is poor. It’s just… good enough. Which is not exactly a bad thing, especially if you won’t been doing anything more than browsing photos or sharing with friends on Instagram and Facebook.

What? The front camera? Are they ever any good?

Here are couple of camera samples in good, normal and low lighting conditions. The Infinix Zero has got quite a premium feel to it. But there’s a couple of things I wish they got right with the design. Not that I can’t live with them, I just feel they could have done better.

One of the first things I noticed about the Infinix Zero was that I did not like the positioning of the power/lock/unlock and volume controls. They are placed right under the memory card slot on the right edge of the device. More often than not, I find myself pressing the power/lock button when I mean to press volume up. It’s just too far down than usual. I think they should have put memory card slot on the right edge with the dual SIM slots to create enough space for the control buttons. SIM slots are on the left. They go in face up

Let’s play a game eh? Which one is the home button?

It’s like some design guy at Infinix assumes everyone must have used an Android device before.

None. I can’t find a single thing that is particularly horrible about the Infinix Zero. It really is an amzing device.

Shortcomings (battery and camera) aside, I honestly think the Infinix Zero is an absolute steal at its 20k price tag (23k for the 16GB ROM / 2GB RAM variant). It’s not about the low price tag. It’s also about how much value you get for that price.