After Uganda’s election, several individuals have been arrested under charges of using media to incite violence. The move has targeted journalists and social media users.

They are arresting people for inciting violence by posting material on social media.

This move comes after access to social media and mobile money services was cut off during the election on 18th February, with many users resorting to virtual private networks to get connected.

In response to this shutdown, twenty organizations including Hivos East Africa, the Electronic Frontier Foundation and the Kenya ICT Action Network (KICTANet) have written a petition to the United Nations and the African Union, condemning the move.

Uganda: UN, AU Petitioned Over Internet Shutdown in Uganda: [CIO] At least 20 organisations from all over Afri… https://t.co/EOyNFSO5L5

Following the election and subsequent announcement of results, access to social media and mobile money services was restored.

The crackdown is moving from social media to more mainstream media, with journalists arrested while covering protests in the aftermath of the election.

Abubaker Muwonge, a Journalist working with an American Agency is under arrest for filming this protest #Uganda https://t.co/T5PVn4aamU

Several journalists have been arrested outside Besigye’s residence.

Journalists covering Kizza Besigye's house arrest picked up by police outside his home. Not allowed to go back. 2nd time in 3 days #Uganda

One journalist from NBS reporting from the vicinity of his house put under arrest, and his equipment confiscated.

JUST IN: NBS reporter @elijahturya arrested alongside his cameraman while reporting from outside Besigye's home pic.twitter.com/o27FZIzdfz

All this was caught on camera.

VIDEO: Our very own Elijah Turyagumanawe arrested by the police outside Kizza Besigye’s home while reporting live.

The arrests come after a directive two days after the election barring media access to Besigye’s residence.

All journalists have been barred by security operatives from accessing Kizza Besigye's home in Kasangati.

Main opposition candidate Kizza Besigye was been put under house arrest on election day, and his movements were severely curtailed in the aftermath of the election.

This was the moment Uganda's opposition leader Kizza Besigye was arrested today – the fourth time in a weekhttps://t.co/7eqQHvlS5T

Kizza Besigye arrested.AGAIN. In less than 24hrs. Uganda is Uganda.

The arrest comes a day before the deadline for petitions against Museveni’s election.

In response, the Uganda People’s Defence Forces will be deployed ‘until the threats are over.’

UPDF deployment will continue "until when the threats of the post-election violence and terrorism are over," Commissar Col. Kulayigye says The draft bill would remove the requirement for Parliament’s approval in the event that the Minister for ICT wishes to make regulations. 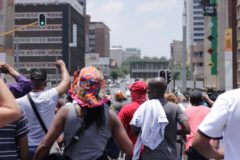 What is the point of online petitions in Nigeria?
Government, Policy, Politics
Wole Olayinka
5th December 2019

In Nigeria, are e-petitions worth anything in influencing change? Or do we just sign them because it signals that “at least, I did something”? 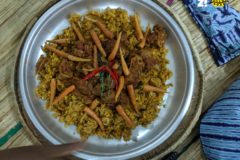 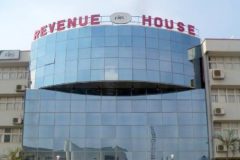 Nigerians face the possibility of a new tax on electronic communications which is already being levied in Ghana. 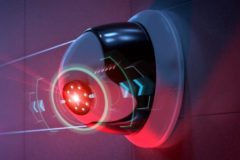 If you do not like your neighbours – and the feeling is probably mutual – intense friction could lead to one of you calling the cops on the other. In a future where the Crime and Criminal Tracking System Bill (2019) is law, one of you could earn a record that comes back to bite […] 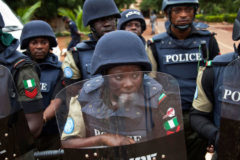 In well-ironed blue uniforms and IDs clipped to their breast pockets, police officers N. I. Albert and A. A. Umar look distinct from many of their colleagues notorious for kidnapping, maiming and robbing innocent Nigerians. But as another tumultuous week of brutality against young techies wound down, both men were invited from Force headquarters Abuja […] 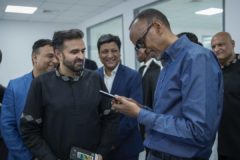 As Mara Group launches its smartphone factory in Kigali, how much will a regional play be critical to its success?