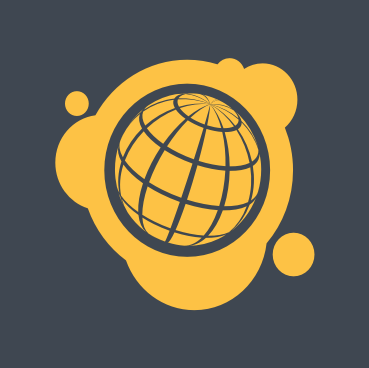 1. The Ushahidi sexual harassment saga came to a crescendo on Thursday when Angela Kabari, the lady who brought the sexual harassment allegations against Daudi Were spoke out in a Medium blog post. Already under incredible public pressure before Angela stepped up and named the person in question, Ushahidi finally fired Daudi (on Saturday, because waiting till Monday would be like taking a casual weekend in a radioactive bunker) and published an apology to Angela.

One thing I’ve picked up on in the reactions to this Ushahidi parole is the divestment of some facade of innocence of African tech. Some people are crushed not necessarily because this happened (that’s bad, it shouldn’t), but because if happened in African tech paradise. Those people are full of shit. Personally, I think if you thought that African tech was made up of fresh-faced innocents trying to save the world, you were simply naive. If you bought into some facade, because you were reading paratrooper journalism about how fresh-faced technology innovators are saving Africa, and now you are heartbroken, that’s totally on you, bub.

People everywhere are people. They do good and bad things. When they do good things, applaud. When they do bad things, call them out as appropriate. Holding people to a different moral standard than anywhere else is silly, because if you open enough closets anywhere in the world, you are sure to find a few skeletons.

Bow down and worship your innovative African tech saviours as much as you like, but know this: they will bleed when cut, and if they screw up, they will be torn down from their pedestals.

2. In case you missed it, TED has published the list of speakers for TED Global 2017 holding in Arusha, Tanzania. ⛰ Link

+ I’m going, and I’m super excited. If you are going, do like this ??. Oya, let’s high-five on Twitter. Also, if you collect TED talks and know some that are a must-watch (that aren’t Chimamanda’s single story one), I would absolutely love your recommendations. Tweet at me or hit reply if that’s easier.

+ Oh, oh, also if you know any of those speakers that I must corner and interview, please let me know, arigatou! ??

+ In other TED news, TEDx Yaba is happening on the 19th of August. Get in there. Link

3. A company called Quantextive has created an API that anyone (who knows what an API is, obviously) can use to visualise Nairobi and Nigerian stock exchange data. Tres interessant. ? Link

4. The Nigerian Communications Commission is apparently on the verge of completing the study that will determine if data prices will remain competitive, or is likely to become more expensive, if the data price floor is reintroduced. I can tell you that it all smells of myopic genius. Or is it just genius? ? Link

5. If you are an African developer, or care about development in Africa, and you aren’t subscribed to Forloop’s newsletter, what are you doing with your life? It’s that good. Latest edition here ? : Link

6. If you are black, and you are in San Francisco, AND you are in tech, then it makes sense Blavity’s Afrotech conference. And you have to act fast if you want to snag an early bird ticket. ? ? Link

+ Africa is rising, and the future of tech in Africa is promising. But who is dictating the terms? For whom is it rising? By Nanjira Sambuli – Link

+ The people at Paylater are trying to understand the stark differences between the borrowing habits and just the number of female and male users of their platform. Link

+ Do Nigerians and Ghanaians even listen to podcasts sef? Emmanuel Quartey asks in his latest Flint article. Link

+ This is the best thread on Radar right now (IMO) – Link