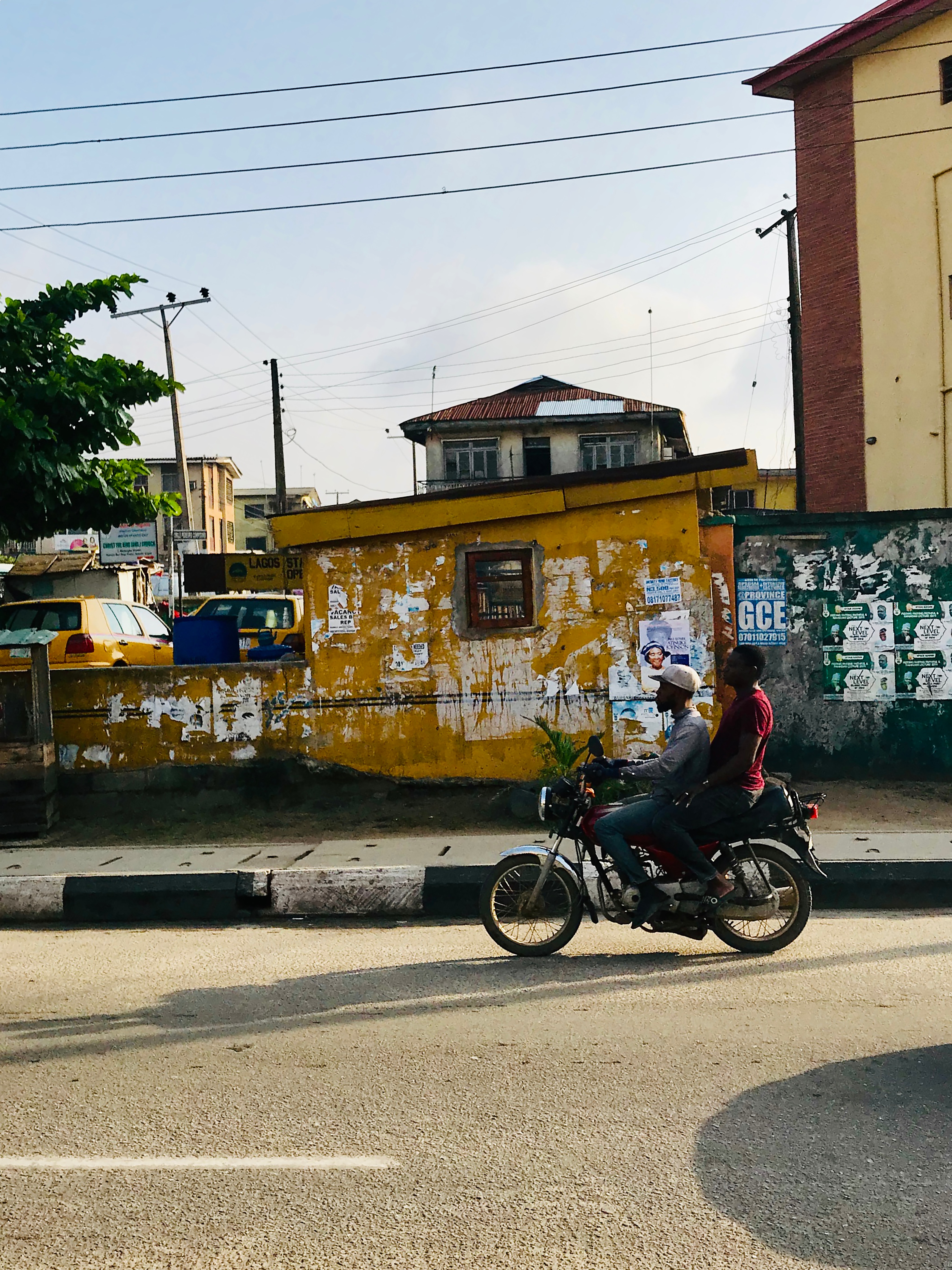 In 1911, a Scientific America article ominously forewarned that “in the far distant future, natural fuels having been exhausted [solar power] will remain as the only means of existence of the human race.”

Although the world has not run out of natural fuels yet, the foretelling is beginning to look like a possibility, with governments and private businesses exploring the potential of renewable energy to avoid depletion of natural resources and tackle climate change.

Transport is one major area where renewable energy options are being explored around the world. The reasons are obvious. It is high on the list of energy consumption and accounts for 23% of global greenhouse gas emissions that contribute to climate change.

This is why electric vehicles, with their zero exhaust emissions, have become a viable alternative to conventional vehicles that use internal combustion engines and burn gasoline or other fossil fuels while releasing greenhouse gases into the atmosphere.

The International Energy Agency predicts 125 million electric vehicles (EV) will be on the road around the world by 2030, from the 3.1 million that existed in 2017, but Africa is lagging behind in this race to electricity-powered transportation.

Major EV publications such as International Energy Agency and Bloomberg New Energy Finance do not feature Africa-specific data, presumably because there’s little data to report. In most sub-Saharan African cities EVs and charging stations are a rarity, although reports indicate that the South African EV market shows promise, with 867 electric vehicles registered as of March 2019.

Structural problems, including the lack of robust urban transport systems to meet demand, led to the growth of motorcycle taxis as a means of public transit in these cities. Users cite accessibility, speed, and flexibility as reasons for choosing motorcycle taxis.

A cosmetics sales representative who frequently has to deliver goods around Lagos explained to me that “Tricycles and buses keep stopping to pick passengers and are often held up by traffic, so I have to use motorcycles to reach my customers on time. Some roads are bad too, and they [motorcycle taxis] are the only option since cab drivers don’t want to damage their vehicles.”

A study by TechSci Research placed the two-wheeler market in Africa at US$4 billion in 2015 and expects the market to reach US$9 billion with 30 million motorcycles by 2021.

With a large motorcycle market, the scope to grow further and the need to switch to eco-friendly transport, some companies in Africa are ahead of the curve in their thinking. They are in the early stages of introducing electric motorcycles, along with what seems to be a solution to the potential problem of charging infrastructure due to power challenges. Power supply in sub-Saharan Africa is erratic, with average annual power outages ranging from 50 hours in South Africa to 4,600 hours in Nigeria – a year has 8760 hours.

Ampersand, an electric vehicle company in Rwanda, has completed prototype testing of solar-powered electric motorcycles and will launch this year.

The electric vehicle company hopes to replace Rwanda’s petrol boda bodas with its E-Motos, which are “calculated to generate a 75% net reduction in greenhouse-gas emissions compared to petrol bikes” and to save more than US$900 per bike on fuel costs.

The E-Motos will be part of a turnkey system for motorcycle taxis that’ll include vehicles, finance, charging and after-sales support. “Our customers won’t need to buy vehicle batteries or wait around while recharging batteries. Instead, they will rent batteries from our network of simple battery swap stations,” Whale explained. 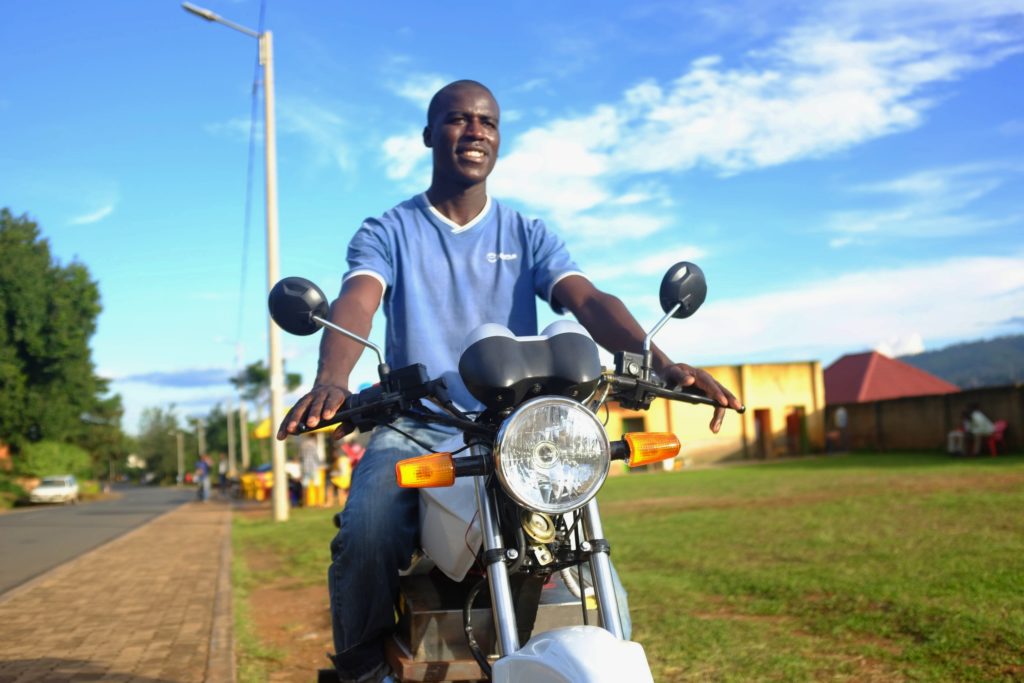 Ampersand is already looking at scaling beyond Rwanda with plans to expand to Uganda and Kenya within the next twelve months, although, for them, some countries like Nigeria are proving to be a tough nut to crack.

“Unfortunately right now our assessment is that in Nigeria, an electric motorcycle wouldn’t be competitive with an equivalent 100-150cc petrol motorcycle due to cheap petrol subsidies, unreliable electricity grids, and the high cost per kWh of off-grid and mini-grid solar.”

Already, in Uganda, the French company Zembo has partnered with Safeboda, a motorcycle hailing company to test its China-produced electric motorcycles. Sharif Tusuubira, a resident of Kampala, described his first impression of an EV on one of Zembo’s pilot electric motorcycles that he hailed via Safeboda as a “very weird twenty minutes ride, no noise.”

Zembo’s co-founder, Daniel Dreher said they plan to have up to 200 electric motorcycles and five charging stations in Kampala before the end of the year. The motorcycles are to be leased to drivers who would eventually own them after two years.

As the emerging partnership between Safeboda and Zembo exemplifies, the growing motorcycle taxi hailing companies on the continent are well-positioned to facilitate the transition to electric-powered transportation by connecting already existing platforms and rider networks to electric motorcycle manufacturers and suppliers looking to enter African markets.

Alternet Systems, makers of Revolt Electric motorcycles, recently announced their intention to open an assembly plant in Kenya. It has initial orders of over 2,000 of its electric motorcycles to be delivered into the shared ride services market in Kenya.

Ampersand is headed in this direction too. Its CEO Whale said: “We have already spoken to a few ride-hailing companies such as SafeBoda in Uganda and Kenya, and Taxify [Bolt]. Provided that we offer a better (and cheaper) riding experience and some customers like the new technology or that the bikes are clean and low-carbon, then being able to hail such a bike off a good app will help us grow.”

The electric revolution is not limited to motorcycles alone. Car-hailing services are also making an entrance on the electric scene in Africa.

Volkswagen in Rwanda is introducing fifty electric cars to Move, its ride-hailing service fleet, while Nopia Ride, an electric car-hailing company in Rwanda that launched earlier this year, is asking its customers to “go places with a clear conscience” in their electric cars. The firm expects to have imported about 200 cars into Kenya by the end of this year.

There are also public transport initiatives to introduce electric buses in cities like Cape Town and Alexandria. All of these efforts point to a continent that is open to new methods and moving with the times.

Given the role of motorcycles in public transit on the continent, Ampersand CEO Whale believes electric motorcycles may lead the EV market in Africa.

The jury is still out on how successful electric motorcycles will be in Africa but it is a step in the right direction that these companies are at hard work on bringing the experience to many people on the continent.