Sports Technology: Reactions trail the use of VAR in the game-changing incidence
Partner
1st December 2019 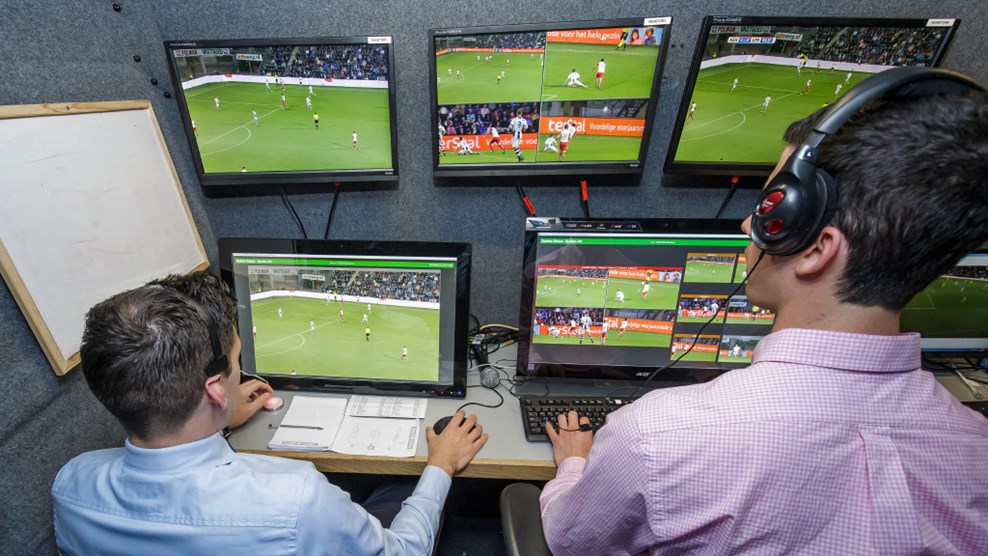 VAR is a sports technology that is supposed to help referees make almost precise decisions in-game incidents that are too fast for the referee to consider an objective test. The team observing the VAR using a wireless headset must inform the referee that any incident that changes the game changes. VAR is supposed to help referees only in four areas: goals, penalties, red cards, and false identities. However, since the use of this technology, many reactions have followed the use of the VAR on whether its use may be subjective to the arbitrator when it should be objective.

Watford coach Quique Sánchez Flores is a good example. He says he loses his confidence in VAR as a strike force. It was after two decisive decisions against his team in Saturday’s 1-1 draw at Tottenham Hotspur, leaving them still without a win this season.

The visitors started to fly when Abdoulaye Doucoure scored in the sixth minute and could have received a penalty shot when Jan Vertonghen fell on Gerard Deulofeu. Dele Alli denied Watford his first win in nine games with a late strike that was initially ruled out for handball.

It was then awarded after a VAR exam, although Harry Kane appeared to be putting pressure on defender Christian Kabasele during the set-up. The moment was also confused when the Tottenham Hotspur Stadium screens said for the first time “no goal”, before correcting themselves to show that the goal had been granted.

“I thought VAR was something objective, but I’m starting to think it’s very subjective, I think it’s a lack of Kane in Kabasele, he pushed it with his hands, I think we let’s lose something, it’s very odd, you think VAR is helping football, but that’s not the case, “Sánchez Flores told a news conference.

Hawk-Eye Innovations, the company that provides VAR technology, has promised to work with officials and the Premier League to avoid more problems. Yuri Tielemans crowned an individual performance inspired by an excellent second-half winner when Leicester City defeated Burnley 2-1 at King Power Stadium.

However, the visiting team had a late equalizer that VAR had controversially rejected.

Former Leicester forward Chris Wood, who qualified for Burnley in 26 minutes, scored for the second time in 80 minutes. But VAR technology intervened to declare that it had made a mistake against Jonny Evans during the accumulation. Burnley’s manager, Sean Dyche, was furious because his team was gone with nothing of a game marked by much emotion.

It was the first anniversary of the death of former Leicester President Vichai Srivaddhanaprabha and four others in a helicopter crash. Jamie Vardy tied Wood’s first game with a great head just before the break.

He rose high to face Harvey Barnes’ center from seven yards for his sixth goal of the season. Demarai Gray, substitute, strove not to let the offside before making a revealing contribution in 74 minutes.

It was at this point that he focused on Harvey Barnes to pick Tielemans, who hit the ball home at the last post. The win propelled Leicester into second place, before the final kickoff of Manchester City against Crystal Palace, with 17 points, while Burnley is eighth with 12 points.

“I think we deserved the three points because, in the end, we did not give very clear opportunities.” It’s difficult to come here and control the game. All we could do was defend and limit the opponent and that’s what we did. “ Some NetBet fans agree with him.

“Hawk-Eye apologizes to the Spurs and Watford fans for the confusion caused, we are working with the Office of Professional Gaming Officials and the Premier League to understand the root cause of this problem and propose a series measures so that it does not happen again, “he said in a statement posted on Twitter.

Sanchez Flores was also questioned about Deulofeu’s call for a criminal hit. It’s a shame, I have no idea (why it was not given), “he said. The Spaniard regretted that his team, which remains at the bottom of the table, could not take all points after an exhibition .. matures against the UEFA Champions League finalists last season.

Tottenham coach Mauricio Pochettino said the mistake on the VAR screen had nothing to do with his club and that it was a Premier League problem. He also said that the way his team managed to save a point could help them get back on track after a rotten race. That includes a 7-2 defeat by Bayern Munich and a 3-0 defeat by Brighton and Hove Albion.

“After Bayern, our confidence was in the apartment. The way we explained the problem, in the end, was so important that we continued to fight. I hope this is the first step to strengthen our confidence, “said Pochettino. 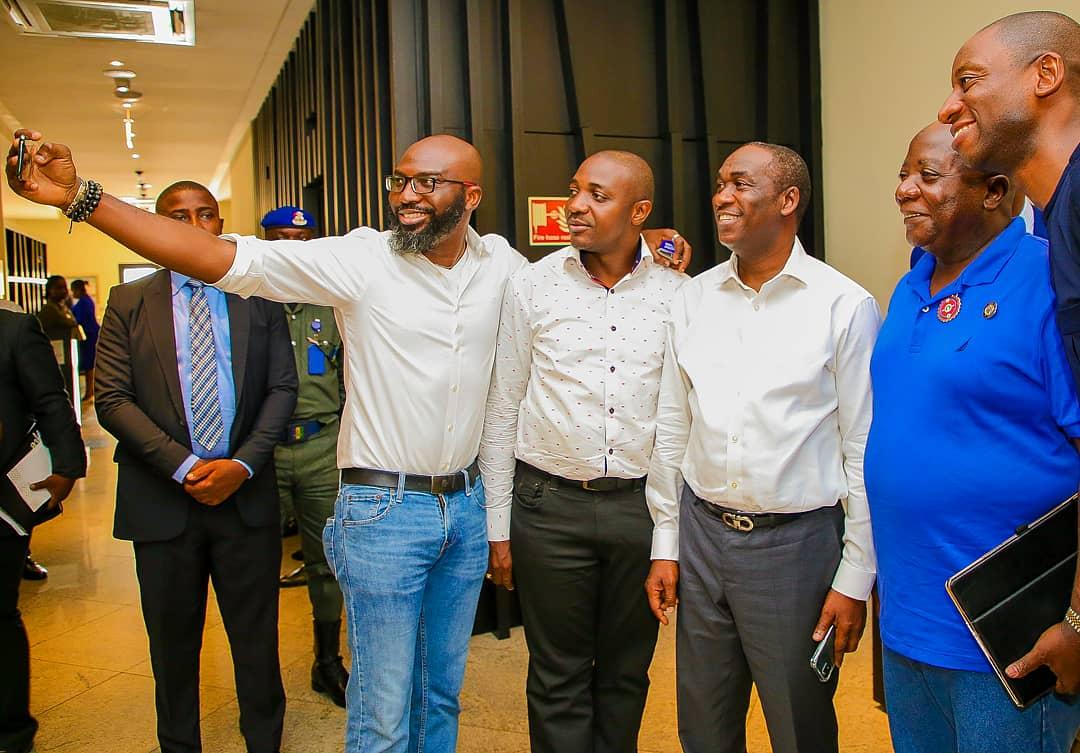 There’s a consolidation going on in the fintech space. Big fintechs are making strategic deals to shore up their bases. Top of acquisition targets are Flutterwave and Paystack.

What’s tech like when you live on a picturesque island in Mauritius?
Brace yourself for the “God whens”

TC Quiz: What phone app can you not do without?
Quiz
Kay Ugwuede
24th January 2020

There were at least 4 million mobile phone apps across various app stores by the end of 2019 according to data from Statista.com While some are wildly popular helping make human activities and connections more effective, there are many other hidden in the bowels of these app stores, built to do very unusual things like […] 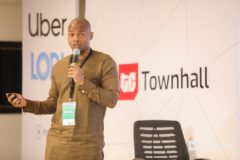 VerifyMe Nigeria, an ID verification and KYC technology company, announced today it has secured a Series A financing for an undisclosed amount from Consonance Investment Managers.  The funds will be used to expand strategic partnerships and bring new digital ID verification products to the market. “We are delighted to partner with Consonance Investment Managers in […] 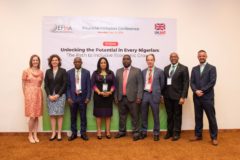 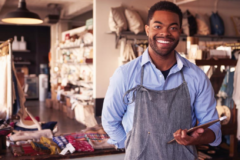 So how does access to N500m loan @9% sound?  Usually, heading into a new year is the most overwhelming experience and feeling ever. After much reflection on the past, you begin to mentally create plans for a better year. New year’s resolutions! I believe it’s called. During this period, people resolve to right wrongs, live […] 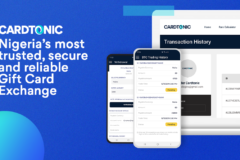 Cardtonic app is a modern mobile application provided for you to sell your steam gift card at the best rate in Nigeria.  The android app is available here on play store. The iOS app is also available here on AppStore. Not just steam cards, you can as well exchange just any type of gift card […]

Latest CAMON 12 Pro features a dedicated Google Assistant Button that allows users to get more done on the go. 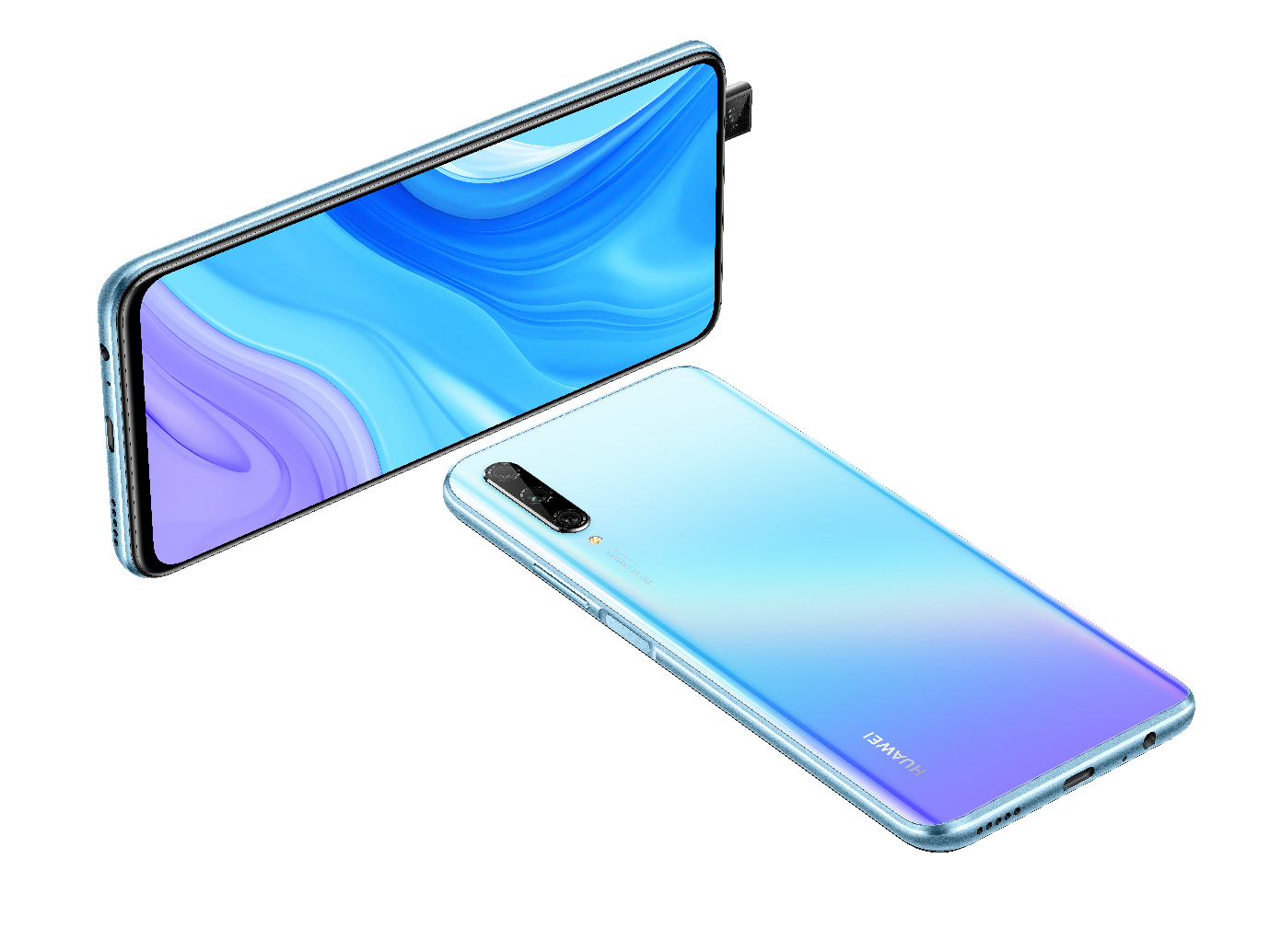 Based on deep insights into market trends, Huawei has a strong understanding of what younger consumers are looking for – they put a strong emphasis on product appearance and uniqueness and want to be entertained while enjoying a premium user experience. In response to this, Huawei launched the HUAWEI Y9s to meet younger users’ requirements […] 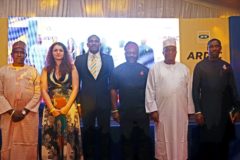 Last month, MTN Nigeria hosted the elite of Nigeria’s academia and Information Technology stakeholders to the inaugural edition of its Academic Research Development and Innovation Challenge (ARDIC) at the Nile University, Abuja. The ‘geeks’ did not only rock, they ruled supreme! One of the definitions of the word ‘geek’ in the Cambridge Dictionary is “someone […] 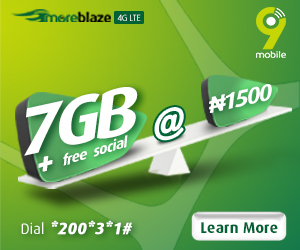 Subscribers of 9mobile can now enjoy the best of data services as the Telco has introduced exciting new data plans and revamped its existing ones to enable customers on the network enjoy more value for their money.