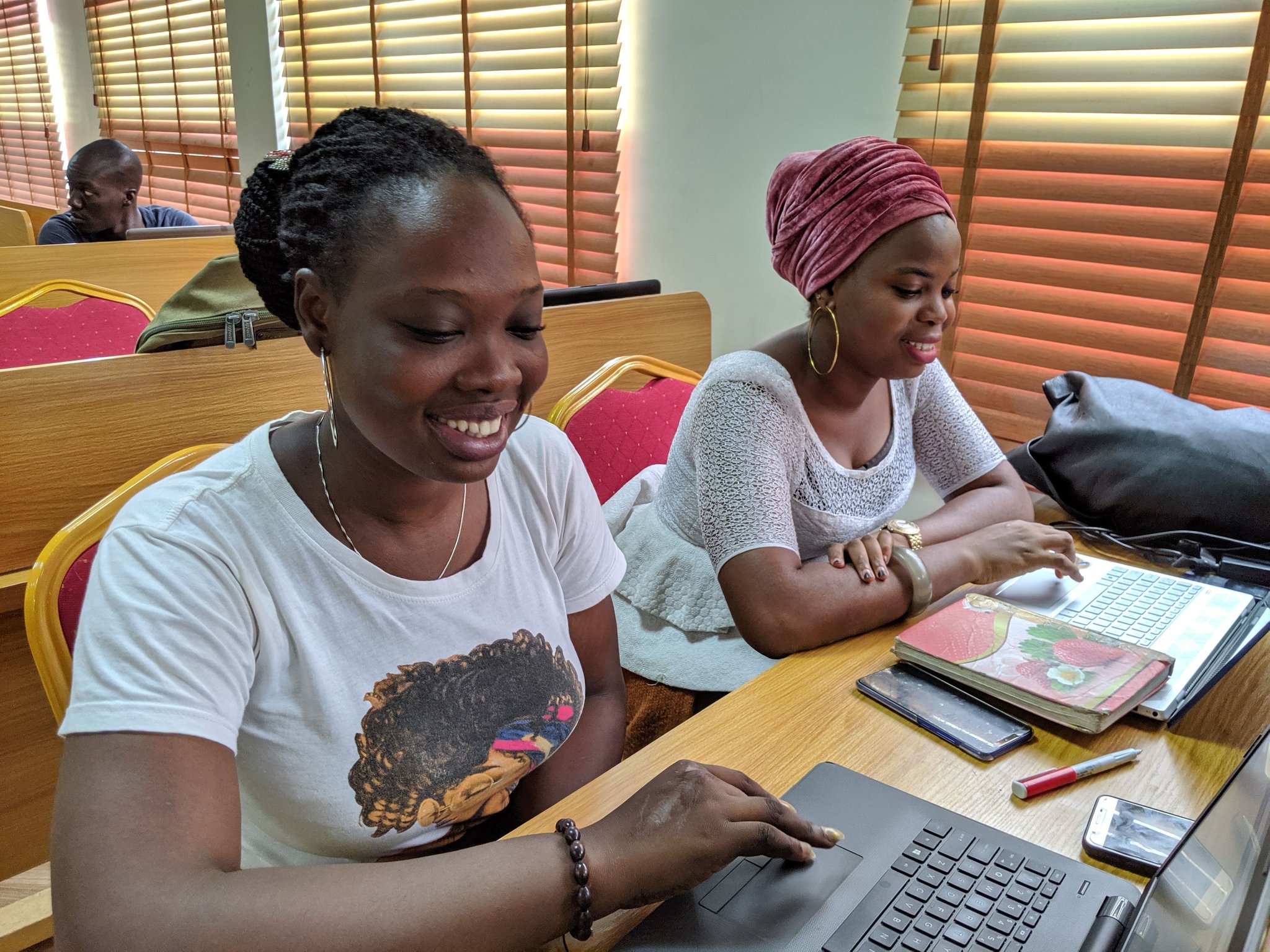 Students at an AI Saturdays Lagos session where volunteers teach machine learning and other forms of AI.

With more than 2000 spoken languages, Africa’s linguistic diversity is second only to Asia. A third of the world’s languages is spoken by the 1.2 billion people living within her 54 countries. But the language of artificial intelligence is yet to gain fluency.

It has become hackneyed to weave AI into every conversation about technology and society.

AI will take away jobs. Our fintech uses AI to recommend personal loans. Learn AI to stay relevant for the future.

These are some of the tropes that have come to be associated with artificial intelligence in tech circles.

Beyond the buzzword, however, artificial intelligence is indeed a tool for social good. In healthcare and education, communication and commerce, AI’s analytical and predictive powers have the potential to raise standards of service delivery, improve productivity and advance human possibilities.

Launched in April 2019, Google’s centre is the first major step by a global technology company to set up a lasting institution for AI research and development on the continent. It is part of the tech giant’s new branding mission to identify as an “AI first” company.

It evokes the question: what has Africa been up to in the last 50 years as Western and Asian nations built up AI competence?

The need for AI

Africa has a data problem. It is especially pervasive at top levels of government.

African leaders regularly dismiss data points when they are not in their favor, creating scepticism about a future in which sufficient encouragement exists for artificial intelligence on the continent.

But they, and everyone else, should be interested in providing the ingredients for Africa to lead in the development of AI. For one, there is a need to set early standards against algorithmic biases, especially racial ones. As the world speeds ahead to an age where algorithms determine everything, Africans must not be at a disadvantage.

The need for structure

There is no doubt that there are infrastructural challenges facing the uptake of emerging technologies in Africa.

In the first place, there is simply not enough information and communication infrastructure in most African countries. It is reflected by data on internet penetration across various countries, compared to thriving technology hubs in Asia and Latin America. There are variations within the continent – for example, there is a 23% penetration rate of mobile Internet in sub-Saharan Africa, but it’s 83% in Kenya.

Poor infrastructure affects internet affordability. Africans pay the most for data worldwide. For the continent to make significant strides in AI, dependable infrastructure and affordable internet are basic enablers.

The need for investment

Closely related in the puzzle is an intentional approach to STEM investments. In the absence of formal AI curricula in African tertiary institutions, there is a growing number of alternatives.

Cisse, the Google AI Accra lead, taught himself AI after completing an undergraduate degree in maths and physics in Senegal. Another shining light from the continent is Tejumade Afonja, a co-founder of AI Saturdays Lagos.

But the deficit in institutional AI learning shows up in different ways, like when foreign embassies exhibit bias when evaluating visa applications by African AI researchers.

Last year, two Nigerian researchers were denied the opportunity to present their innovative work on pidgin-English translation at a landmark conference in Canada, echoing past rejections of African AI scholarship.

“I have had papers accepted at meetings but been unable to attend because Western countries such as Australia denied me a visa, even though I was already settled and working professionally in Europe,” Cisse wrote on his blog.

But it is a challenge that can be overcome by a conscious effort at growing the African AI system. When national governments put forward strategic long-term AI goals and budget adequately for them, the world will take notice and adjust accordingly.

Robots may take some jobs away in the future. But it won’t be the first time technology radically changed humanity’s ways of life. Human intelligence has always found ways to catch up to and control artificial systems.

That said, there is a danger for a negligent complacent continent; the humans who lead in the race to control AI technologies will write the rules. A continent of 1 billion people should really not sit back and receive the operational manual without co-authoring it.

Find out more about how artificial intelligence & machine learning is changing how Africans live and do business. Join entrepreneurs, innovators, investors and policymakers in Africa’s AI community at TechCabal’s emerging tech townhall. At the event, stakeholders including telcos and financial institutions will examine how businesses, individuals and countries across the continent can maximize the benefits of emerging technologies, specifically AI and Blockchain. Learn more about the event and get your tickets here. 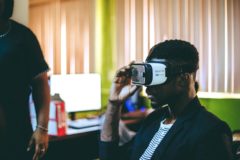 I would really love to look into the future to see what I can find you know. Especially for tech. There are so many things happening and a lot to anticipate about what could be the next big thing.  In 2019, the big things were mobility companies, fintechs, funding rounds, Jumia IPO and stock crash, […] 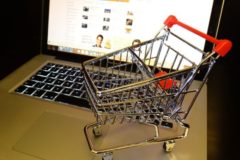 Online shopping is not an upper-class luxury. When a crisis forces normal economic and social activities to shut down, people must still be able to find food, toiletries and other essentials. Social distancing norms that prevent visits to physical shops make online stores the last resort for supplies. But as more than one South African […] 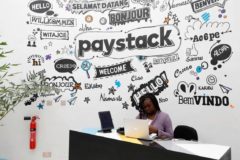 The initial plan at Paystack, the Nigerian fintech company, was to run a 100% remote situation where staff will not be allowed into their physical offices this Friday. All staff were to work from home as a test scenario. The purpose was to provide guidance on how to operate should a shutdown become necessary, according […] 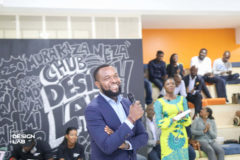 Accelerating business innovation is one of the potential gains that will make the African Continental Free Trade Agreement (AfCFTA) truly revolutionary for Africa. To provide the enabling environment for an innovation culture to seep into and permeate entrepreneurship communities around the continent, the Africa Tech and Creative Group has opened ten ‘MyAfCFTA nodes.’ Spread around […] 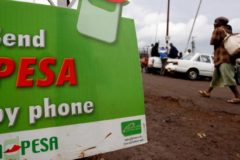 For the next 90 days, person-to person mobile money transactions below Ksh. 1,000 ($9.67) on MPesa, the mobile money service owned by Safaricom, will incur no costs to Kenyan customers. It is Safaricom’s response to a demand by the Kenyan government for companies to incentivise online transfers in the wake of COVID-19, the novel coronavirus […] 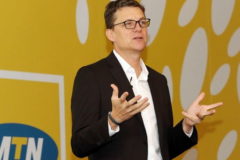 For the first time in 23 years, South Africa’s Johannesburg Stock Exchange (JSE) plunged by more than 9% at the close of trading on Thursday, thanks to coronavirus. The most notable slumps happened to shares of the country’s biggest technology companies. MTN Group plunged 13.9% to R54.39 ($3.36) per share, Vodacom was 5.3% lower at […]

I would really love to look into the future to see what I can find you know. Especially for tech. There are so many things happening and a lot to anticipate about what could be the next big thing.  In 2019, the big things were mobility companies, fintechs, funding rounds, Jumia IPO and stock crash, […] 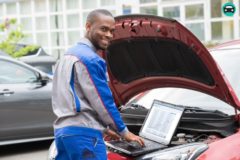 Nigerian car auction company Cars45 has announced its expansion into Kenya. The company, whose core service involves technical inspection, valuation and sale of used vehicles within an hour, is positioning itself to tap into the increasingly attractive East African market. Kenya is its first foray beyond West Africa and this announcement comes as it looks […]