In Nigeria, Jumia Food’s order volume is growing by 30% MoM 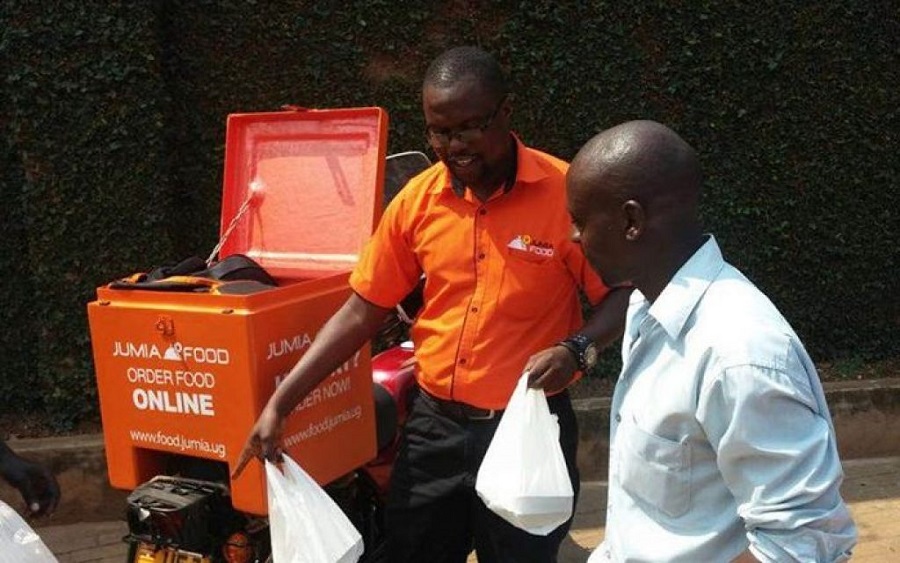 The pandemic has made a positive impact on Jumia’s on-demand food delivery business. Jumia made the disclosure in a virtual press conference celebrating the company’s 8th anniversary.

“The food business within this time skyrocketed and this traction is still going on,” Tolulope explained during the press briefing. “In terms of volume, it [Jumia Food] has definitely been growing. Month-on-month we’ve seen over 25% or 30% increase.”

The food industry is a big one. In 2019, Nigerian households spent ₦4.6 trillion ($11.9 billion) on food consumed outside the home, according to the National Bureau of Statistics (NBS). This includes not just restaurant meals, but dairy products, snacks, beverages and roadside items like roasted corn and roasted plantain. Together they represent 11.43% of household spending and over 20% of Nigerian household spending on food. In Lagos alone, residents spend over 34% or ₦827 billion ($2.12 billion) eating outside their homes.

This has created a huge opportunity for Jumia to tap into. In February, following the ban on motorcycles in Lagos, the e-commerce company partnered with Gokada to improve food delivery in Lagos.

However, the new realities caused by the pandemic plays a key role in the new growth at Jumia Food. Nigeria recorded its first confirmed case of COVID-19 on February 27. Since then, more cases have been recorded. By March 28, the number of confirmed cases was 97.

Many businesses, particularly those in the services sector closed shop, asking their staff to work from home for their own safety. By March 29, the government imposed a four-week lockdown on Lagos and two other states to control the spread of the disease.

Jumia explained that customer behaviour changed significantly during this period.

“I found it very interesting because our customers usually purchase food to consume at their offices when they’re at work in Victoria Island and the likes,” Massimiliano Spalazzi, Jumia Nigeria CEO said.

“During this period [since the lockdown] what we found is people cannot go back to the office,” he explained. “We saw a shift in requests and an increase in requests with food moving from the island to the mainland where people reside.”

When it launched in 2012, Jumia Food originally targeted the Nigerian middle class, the group of Nigerians who on average spend between $2 and $20 daily. In 2019, Jumia increased its focus to include lower-income earners and started onboarding more food vendors outside affluent commercial neighbourhoods in Lagos, Nigeria’s commercial capital.

The pandemic has completely upended this and is seeing the company make more food deliveries in primarily residential areas.

“I think it has been an interesting challenge for us, obviously to move interests from the typical neighbourhood to ones we usually don’t serve within the day,” Spalazzi said. “But it has helped us better understand what customers need, their behaviour and how this behaviour will develop within the coming weeks.”

While the government has eased the lockdown, few white-collar workers are rushing back to the office. COVID-19 cases in Nigeria are not slowing down. Since March 29, over 17,000 new cases have been recorded with at least 469 fatalities so far. More businesses want their staff to work from home to reduce the risk of infections.

This will have operational implications for Jumia Food over the short-term.

“Many of these companies are increasing home working, which means some of these [new] neighbourhoods will remain our big markets compared to the past,” Spalazzi explained.

“All in all it has been interesting growth,” he said, “and we think it is going to grow even faster.”

He explained that Jumia Food is going to leverage a lot of recent insights learned about customer behaviour for future growth.