The grand fintech consolidation in MFS Africa’s acquisition of Beyonic 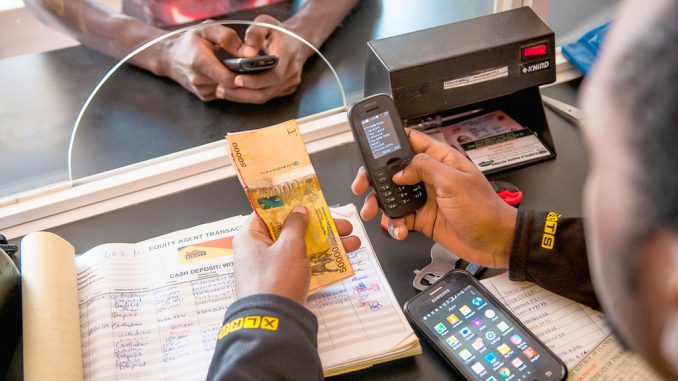 It is a 100% acquisition paid for in cash and shares. The company will be called MFS Africa but Beyonic’s core product retains its name.

A network of operators in 34 African countries, MFS Africa is a fintech melting pot enabling users to send and receive money between platforms, without transaction fees associated with crossing platforms.

MTN mobile money, Ecobank, Paga, and Safaricom are among 22 operators integrated on the MFS Africa hub, with an estimated 200 million customers interacting across various digital wallets.

Beyonic’s last-mile digital payments framework is an intra-country solution present in Ghana, Uganda, Rwanda, Kenya and Tanzania. It is primarily built for easy mobile payment for corporates, startups and SMEs. Some of Beyonic’s clients include Safeboda, the Ugandan motorcycle-hailing company, and Absa, the South African bank.

Both parties declined to disclose the value of the deal but on a call with TechCabal, Beyonic CEO Carina Rumberger confirmed that it represents a 4 to 5x exit for their investors..

MFS Africa was founded in 2009 by Dare Okoudjou, a Beninese national, while Ugandan-born software engineer Luke Kyohere started Beyonic in 2013, with Dan Kleinbaum.

The acquisition creates a larger, more versatile company that fuses two facets of financial services – interoperability between digital storers of value, and enterprise mobile payments – for a continent that is, more than ever, thirsting for convenient payment systems.

Kyohere and Okoudjou had begun chatting about mutual goals in the period following Beyonic’s  $680,000 seed round in 2016.

Both parties decided an acquisition was more effective for achieving their shared long-term ambitions.

“We know they have been able to prove the business beyond one market. They have perfected, to a large extent, how to service their markets,” Okoudjou says.

With its presence in multiple countries, Beyonic could have independently developed its own cross-border system for distributing last-mile payments, perhaps over the next couple of years.

But according to Rumberger, the partnership saves capital expenditure, accelerates expectations for profitability set after the 2016 seed round, and introduces them into Francophone countries in West and Central Africa.

“We see the future landscape for this space as a game of few, and we think that will happen in a short period of time,” she says.

In her view, that means consolidation is the most efficient way to play a big role in Africa’s transnational mobile payments space. Going at it alone would have caused them to be spread “very thin very quickly.”

For a typical Beyonic customer, the new arrangement has the potential to increase efficiency.

For example, a customer of a company using Beyonic’s platform in Kenya will no longer need to set up a separate bucket of funds to make payments in Uganda or Tanzania.

MFS Africa will make cross-border money transfer interoperable for that user’s company, just as it has done with mobile money operators, telcos and the over 20 million customers of Ecobank, Africa’s largest bank by multinational presence.

Financial services is Africa’s most funded and advanced technology sector. But it is early days with few mergers, acquisitions and exits.

This deal is the second major announcement of an acquisition this year, after Paga’s assimilation of Apposit. It is possible that we may see more in the second half of the year, though that would be on the assumption that such conversations had started before the bite of the pandemic.

While not an explicit goal for most founders, building a company worthy of acquisition is a welcome prospect for investors and the ecosystem. Acquisitions can be a signal of a maturing market, especially when it involves companies operating across geographies.

Kyohere, who will remain on the MFS management team with Rumberger, doesn’t think of the acquisition as a validation that should induce stasis.

He’s always considered an exit or consolidation a natural path for Beyonic, but he retains a long-term view and interest in the business of payments in Africa.

Rumberger expects the new MFS Africa to overcome market fragmentation issues that make East African companies seem not to be large enough to attract interest from global investors. For true scale to be achieved, African markets need to be more aligned by enforceable trade agreements, and uniform compliance frameworks, she says.

MFS Africa brings the potential for global scale into the partnership, with its more international affiliations.

Due to a partnership with Visa, mobile money users connected to the MFS hub of operators generate an instant virtual card for remittances and online shopping. Partnering African telcos, MFS Africa introduced WordRemit’s money transfer services to Malawi and Niger, Madagascar, Mozambique, and Guinea in 2019.

LUN Partners Group, a China-based firm that led MFS Africa’s $14 million Series B round in 2018, could also be pivotal in extending both companies’ reach beyond Africa.

LUN identifies its investment in MFS Africa as being “in line” with the Belt and Road initiative, China’s massive loans-driven infrastructure project that has a heavy African focus. The Group pledges to connect portfolio companies to each other, enabling scale and collaboration.

Okoudjou believes China’s rising economic power and huge consumer market is an opportunity that should be open to Africa. But ultimately, his goal is for MFS Africa to drive a regime where remittances between African countries are absolutely free.

Meanwhile, Beyonic takes the Instant Payment Notification Hub with it to MFS Africa.

IPN Hub is a project of the GSMA with the UK’s Department for International Development and Mastercard’s support, aimed at providing a single point of integration between mobile money networks and pay-as-you-go service providers in Sub-Saharan Africa.