Factsheet: How an African fintech sandbox works and how to access it 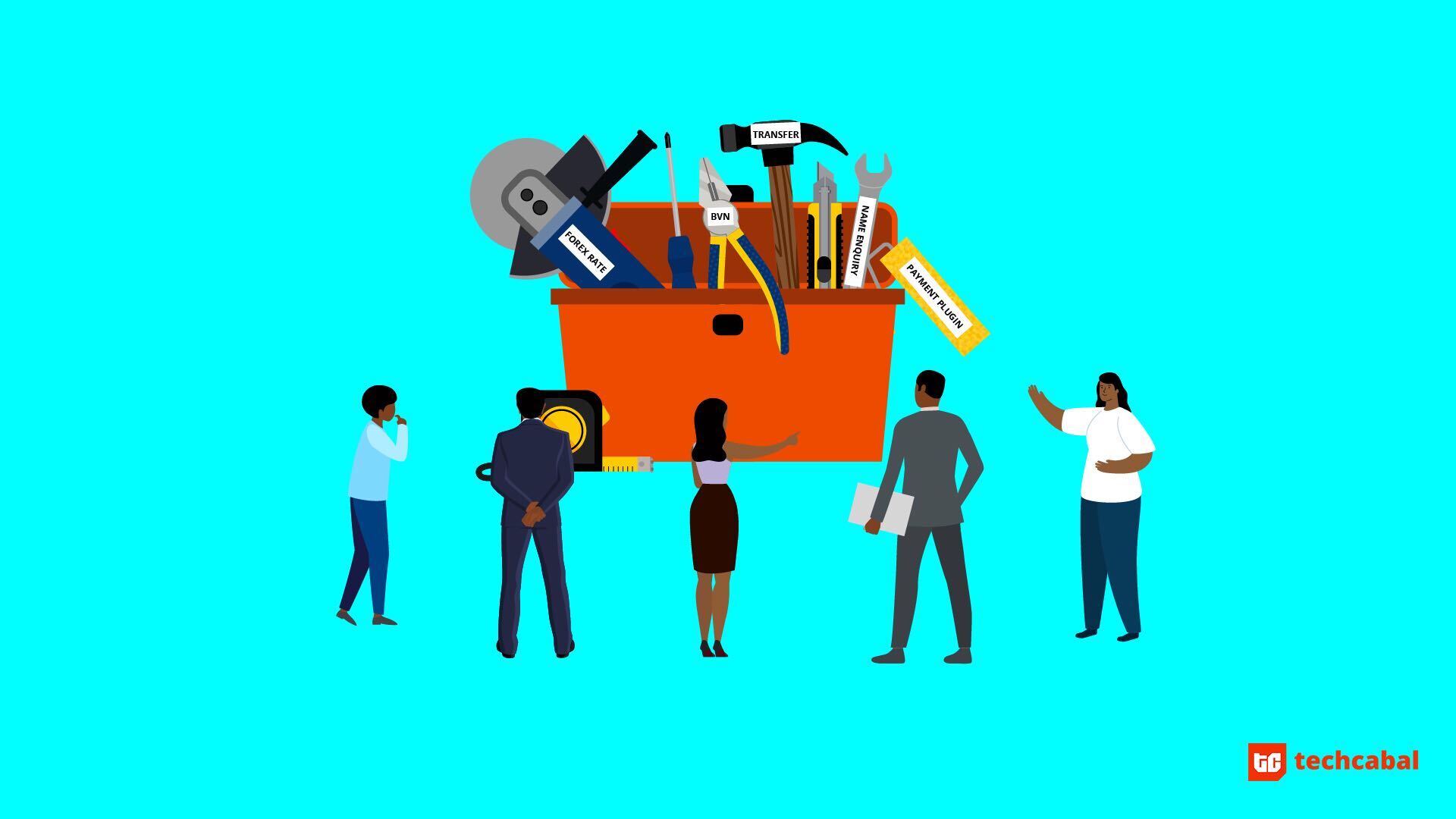 A sandbox is a playground with product testing tools. But regulators sometimes are interested in making sure it's a safe playground.

Building a new value-adding product for a mass market is like cooking for a crowd with an evolving palate. You’re probably a decent chef, but previous success does not guarantee acceptance for each new meal. It’s wise to try small portions in a private kitchen before declaring open house.

Innovation in the financial services industry is much the same. Consumer tastes are not remarkably different today than they were years ago – saving, investing, mortgage, borrowing, insurance. However, users want to access these with more convenience, personalisation and security.

Technology is the means for fulfilling this at scale, hence the rise of fintech. Serious financial services companies, by default, now structure their systems around digital tech powered by softwares.

It’s resulting in the prominence of application programming interfaces (APIs), and a growing interest in financial services sandboxes.

What is a sandbox?

In cybersecurity and high-level programming, a sandbox is a safe space for testing novel features without any harm to the computers or networks hosting the test. Applied to other fields, it’s a controlled environment for experimentation without public judgment.

Scalable financial services innovation needs such safe spaces. A typical fintech sandbox is a virtual web-based platform for developers to test product ideas and get a sense of usability.

Ecobank, the pan-African bank with branches in 33 countries, launched a banking sandbox in January to give banks and fintechs access to its APIs. Five African fintechs including Flutterwave and Africa’s Talking, the Kenya-based payments infrastructure builder, were invited to participate in the sandbox’s pilot launch.

But sandboxes should not be for companies alone. Individuals prospecting for ideas or already in the building process should have access to tools with which to fix bugs and collaborate with established institutions.

Financial Services Innovators Association of Nigeria (FSI) has one such sandbox. Launched in December 2019, it became the first platform to host multiple APIs from a variety of African financial institutions.

Aituaz Kola-Oladejo, FSI’s Executive Director and founder, says the beauty of the sandbox is the central view it gives a user of the nuts and bolts of innovation happening in African fintech.

It’s all APIs, the software-to-software communication keys that increase the possibility of building new technology products on the basis of existing ones.

FSI’s sandbox hosts APIs from the Nigeria Inter-Bank Settlement Scheme (NIBSS), and commercial banks like Sterling, Union, Fidelity and Stanbic. APIs for voice, SMS and USSD integrations from Africa’s Talking are in the mix, as well as features from Reliance HMO, a Lagos-based health insurance company.

The aim, Kola-Oladejo says, is to spur incremental and disruptive innovation in banking, insurance, capital markets, pensions and other aspects of finance.

FSI’s sandbox doesn’t set criteria for what counts as an innovation. One micro-loan product may have been tested and launched within the environment by other players. But anybody can access the sandbox to, in a manner of speaking, reinvent the wheel.

“There are no limitations. 1,000 people can test their micro-loan ideas,” Kola-Oladejo says.

“You won’t know what the other person is testing because you don’t know how many APIs he will need to consume to develop his own product.”

In other words, the sandbox is a discrete playground where one developer cannot know what sand type another is moulding with.

Is it, therefore, a platform for all types of ideas?

Cryptocurrency remains a particular forbidden fruit, at least for now. The Central Bank of Nigeria (CBN) is averse towards permitting mainstream intra-country transactions with currencies like Bitcoin or Ether.

A number of African startups – from BitSika and Buycoins, to Bundle and Quidax – are crypto exchange platforms. But regulators are largely resistant to the idea of a decentralized alternative to fiat money (though there are preliminary conversations to create a regulatory framework for crypto trading).

In this context, FSI does not have APIs that could support crypto-based innovations. The APIs in their sandbox are from institutions who are in the good books of regulators like the CBN, Securities and Exchange Commission, National Insurance Commission, and the Pension Commission.

It is worth noting that the CBN was represented in the think tank conversations that informed FSI’s sandbox. Also, NIBSS is an FSI trustee.

So sandboxes are not for absolute disruption?

Yes, and the Central Bank’s move to create its own sandbox signals regulators’ intent on retaining a hold on the pace of innovation.

A sandbox is a playground with product testing tools. But regulators sometimes are interested in making sure it’s a safe playground.

Unlike the FSI’s, the CBN’s proposed sandbox will be a law-backed showroom for approving or prohibiting certain products from gaining market entry, Olubunmi Abayomi-Olukunle, lead transaction counsel at Balogun Harold, a technology law firm, tells me.

He describes a private-sector sandbox as more akin to a startup accelerator with more attendant benefits, without the regulatory certainty that a regulatory sandbox will provide.

A private-sector sandbox is not built to screen for risk, inclusion or scale. The FSI’s sandbox is open to basically anyone at any time; the minimum requirement is registering as a member of the association and agreeing to terms and conditions. It is also a demo environment that is not for live testing.

On the contrary, fintechs aiming to pass through a supervising regulator’s sandbox will have to highlight the low risk of their products and services to consumers, and show how no harm will be done to the structural integrity of the overall financial system, Abayomi-Olukunle says.

What then is the point of accessing a private sandbox?

In an FSI hackathon organised in March, a team of two developers built a voice-based system for electronic funds transfer using feature phones. This feature is neither mainstream nor approved at this time by any regulator.

Yet, the availability of voice-related APIs from firms like Africa’s Talking, the Kenyan fintech, makes it possible for such products to be built and tested in a sandbox.

David Ehindero, one of the two developers, tells me he has continued work on the project and retains access to the FSI sandbox. He is hoping to raise funds soon to help the product gain traction.

“We want to see these innovations scale and gain market adoption with the help of industry players,” Kola-Oladejo, the FSI founder, says, as they seek new partner institutions who can feed its sandbox more APIs. International companies like SWIFT and Mastercard are on her radar.

From the playground to the prototype

After exiting the sandbox, a developer could go on to conduct live tests within the environments of specific institutions who, if things go well, can choose to collaborate with them. A benefit of testing on FSI’s playground is receiving a recommendation to the CBN.

The sandbox’s discrete architecture assures innovators of protections for proprietary products, Kola-Oladejo says. Every innovator has an access code and only FSI is privy to what any individual innovator is building.

Towards the end of 2020, FSI plans to have an app store of sorts on the sandbox, incentivizing innovators to publish their work for visibility to regulators, investors and recruiters.

“Joining a sandbox can give participants access to strategic partners that they need to scale their product,” Abayomi-Olukunle says. Potential investors are more likely to have a positive view of the company, supported by the knowledge that it has mitigated negative regulatory action in the future.