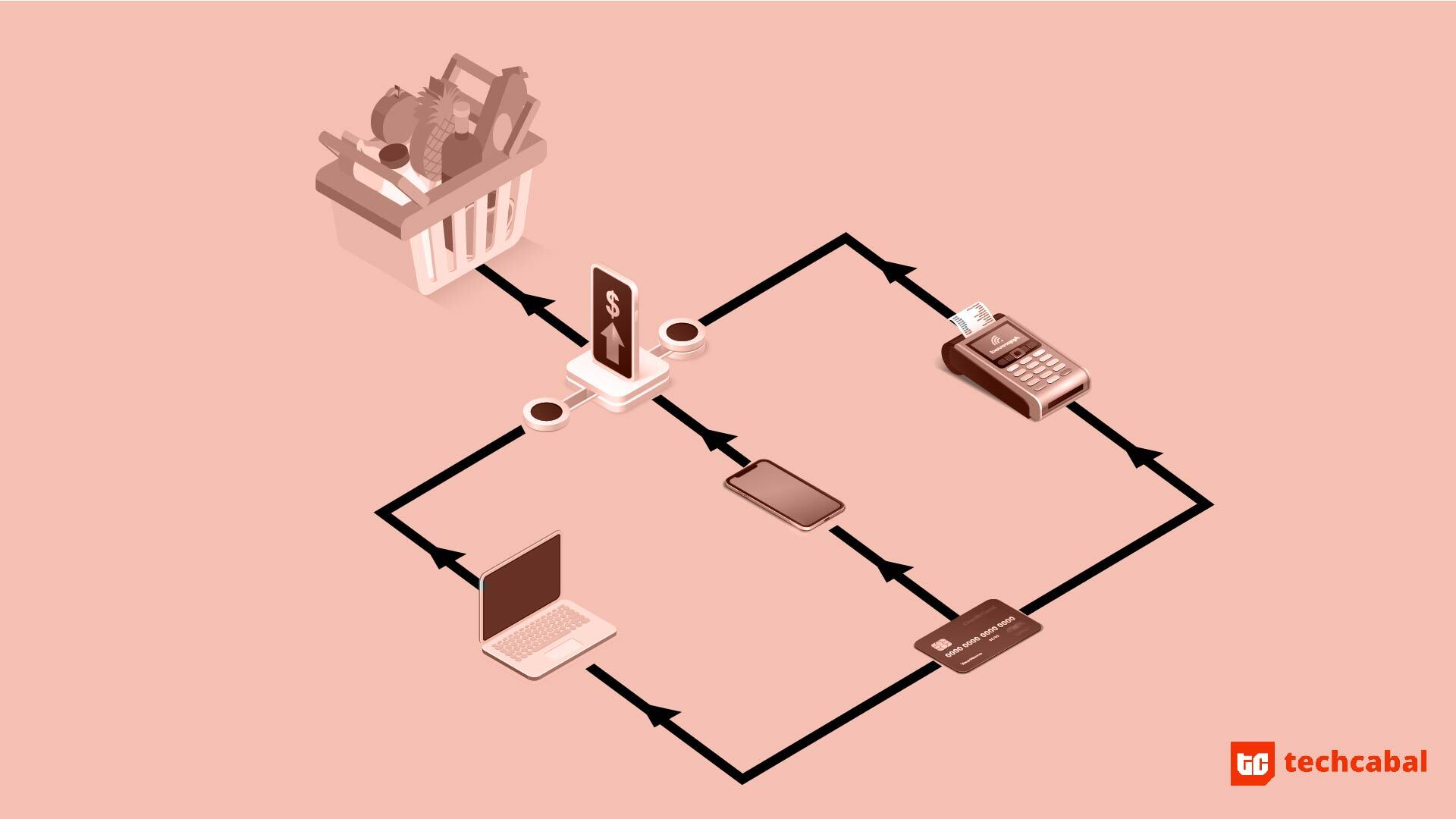 Imagine a shoemaker that has been in business for ten years, always dealing in cash with customers who visit her store. Last October, she started collecting payments through a card machine that is easy to operate on one hand like a remote control.

She got the machine on a website with two options: the Yoco Go, and Yoco Pro.

Receiving the small device three days after paying online, she downloaded the Yoco app on her smartphone, connected the device to it and started receiving payments. Customers swipe, tap or chip their cards in to pay.

Unlike a regular bank-issued POS terminal, the card machine is operable with the ease of a smartphone.

Even for cash transactions, the app takes down inventory and manages accounting. There are no monthly fees for using the machine, though Yoco takes 2.95% (excluding VAT) on each sale made. The rate reduces as her transaction volume increases.

But suddenly, a major inconvenience prevents people moving about freely in the world. Sales volumes dip instantly and the business enters survival mode.

How does she keep collecting payments, especially when customers remain willing to buy but cannot be physically present at her shop to tap or swipe?

This is the story of more than 80,000 small business owners in South Africa who, until the coronavirus pandemic, had relied on card machines produced by Yoco, the six-year old South African startup, for payments.

Yoco’s entire business depended on selling card machines and earning transaction fees, so March became a period of necessary product evolution. How prepared was Yoco for this?

Before coronavirus lockdowns started in March in South Africa, Yoco had been working on creating online payment channels to complement the card machines.

The new features had been built and were ready to go, but the Yoco team tends to adopt a slow strategy when going to market.

“We are quite a methodical and slow company when it comes to new product launches,” Lungisa Matshoba, a Yoco co-founder and chief technology officer, tells TechCabal.

“We see ourselves as a company that likes to craft things down to the point where we are comfortable,” as against the popular advice that startups should launch quickly and learn on the go.

Yoco’s first card machines were in beta testing for a full year before launch in 2015. The startup decided it was best to manually sign up its first 500 customers.

They spoke to every prospective user to know what their specific needs were. These conversations informed Yoco’s idea of what the “minimum desirable product” should be.

Being slow with the initial launch was also necessary due to the sensitivity of working in the payments space, Matshoba says. It is important to get off on the right foot when dealing with other people’s money.

She believes startups can lose focus when they choose to build in public as there will be pressure to spread oneself too thin trying to satisfy every single customer request.

After beta testing with a small group to get an understanding of how the product should work, rolling out to a larger group and formal launch is more about formalising marketing of the product, she says.

Responding in the pandemic

But a few weeks into the pandemic, it quickly became clear that Yoco could not afford the luxury of being slow to act through an extended private beta test.

Where they could afford to be slow six years ago because they had nothing to lose by being patient, every week in April 2020 that passed without an alternative solution for merchants cost Yoco in terms of income and human resources (they downsized at the end of April).

On April 17, the startup unveiled four web-only payment features that do not require the use of the card machines. Two major features stand out:

Beginning with WordPress, Yoco has also started rolling out its payment gateway for merchants who need to securely take payments on their websites.

“We want to make it flexible enough for merchants to customise their solution to their brands without sacrificing that Yoco trust and performance reliability,” Dennis Burford,Yocos engineering lead for online products, says.

For many merchants, this step up is a welcome opportunity to access new customers who already did most of their shopping online before the pandemic. The advantage for Yoco is that merchants will transition from card to online channels with little skepticism, based on the trust built over time.

In the pool of merchants using Yoco for payments, there are now two broad customer segments; those combining the card machines and online payments, and newer customers who use just the online payments.

Software is the foundation of both solutions. Each merchant is a digital consumer either way.

But Yoco’s multiple channels cater to the active offline and online demand sides of ecommerce in Africa. The card machine component differentiates it from the online payments and ecommerce offerings provided by Flutterwave and Paystack, the two poster companies of Nigerian fintech.

Where ‘Flutterstack’ gained traction by being primarily gateway companies before entering the storefront space during the pandemic, Yoco strengthened its hand online in an area where it was already active offline.

This is not to say that the store side of things has more volume or value; being the gateway for businesses like Uber, Bolt, MTN or Domino’s Pizza means overseeing millions of transactions with millions of dollars in value.

But all three companies recognise the untapped potential in serving smaller scale businesses. The informal economy, which accounts for 70% of employment in sub-saharan Africa, is the segment to target for future user growth in the ecommerce space.

With growing internet access and smartphone availability, responding to the typical SME’s various needs – whether it is gateway or online store – has become inevitable.

Yoco now has 95,000 users of its payments features in South Africa, but that barely scratches the market.

At the moment, their focus is on covering more ground in South Africa before taking serious steps towards expansion. But there is great potential for them to win over traders in other countries who will be pleased to combine the functionalities of a physical payment device with wholly virtual features.