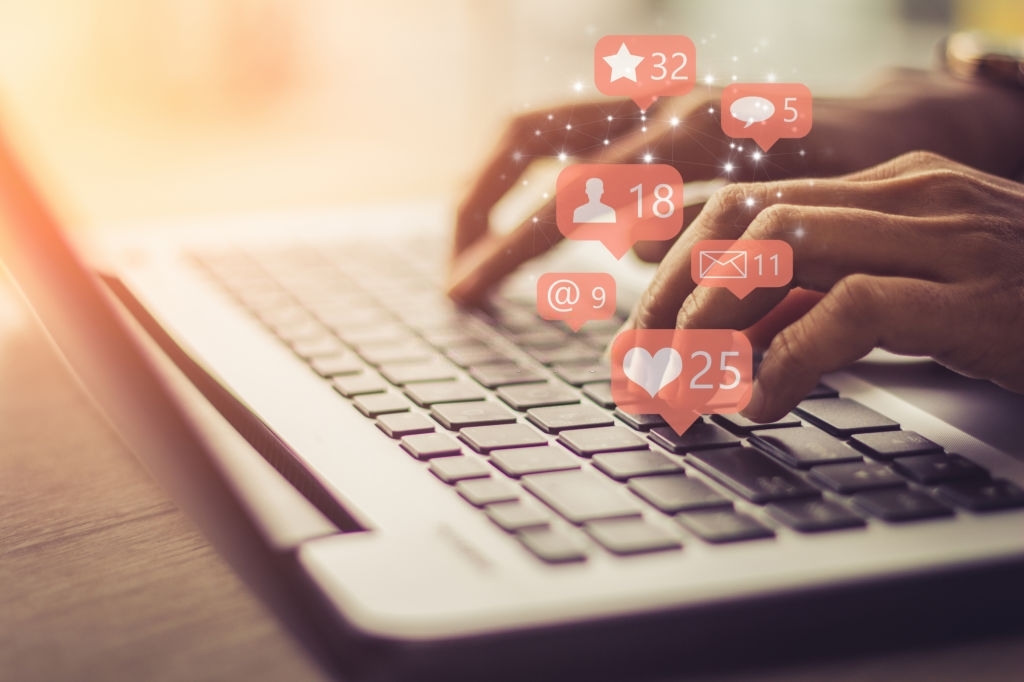 Since October 20, 2020 state and government actors have been trying to explain away the events that led to the attack of unarmed protesters at the Lekki Toll Gate on the Lagos island as well as a number of other locations across the state.

The #EndSARS protests began on Wednesday, October 8 in Delta State after a video of a young man shot in front of a hotel in Delta made its way to the Internet. The Special Anti-Robbery Squad (SARS) of the Nigerian Police was incriminated in the assault despite Minister of State for Labour, Festus Keyamo saying the young man in the video did not die from the assault and the SARS unit was not responsible.

Things is, the video proved to be a much needed tipping point. This particular unit of the force have been responsible for some very gory human rights abuse, high-handed extortion and disappearance of many Nigerians, particularly young men and women whom they deem too young and too inexperienced to own iPhones, computers, nice cars or even nice dresses. Tattoos, dreads and behaviours that do not fit into their perception of masculinity or femininity are also automatic death sentences on their victims many of whose stories have come to light in the course of the past two weeks.

From Delta, protests spread to Lagos and Abuja then to more states of the country so that in a matter of days, there were protests alternately ongoing in at least 20 out of the country’s 36 states. Beyond, protests have been ongoing in the UK, the US, Ireland and many more countries with Nigerian and African diaspora.

For states like Lagos and the rest of the protest locations, Twitter was the village square and town crier. It was on Twitter fintech company Flutterwave made known that it had been fundraising internally and opened up its donation link to the public. It was on Twitter that co-founder of social activism group Feminist Coalition Feyikemi Abudu called for donations to feed protesters who had slept out in the open during the first two days of the protests trying to get an audience with the government at the Lagos State House of Assembly. Collectively, both donation links generated more than N73 million ($190,000) and began to meet needs beyond food as the protests gradually took another turn.

A kingdom divided against itself

Nigeria, like many British colonies, is a result of an intentional, economic merger of many different peoples who perhaps had no business being unified. Three vestiges of this amalgamation that remain fault lines in the country till today are ethnicity, religion and partisan politics. But, at the beginning, the #EndSARS protests seemed to defy these fault lines.

Many of the protesters had stories to tell of either directly being harassed, extorted or not knowing the whereabouts of their family members, or knowing someone who had experienced any of the three. For many, it was also a chance to speak up about the general state of governance in a country where 40% of the population live in poverty but lawmakers receive millions of naira for monthly sundry expenses.

In the days preceding the carnage on October 20, protests had started to be infiltrated by sponsored thugs. Series of accounts shared on Twitter showed SUVs dropping off men brandishing new machetes and small axes. This was after tear gas, gunshots and water canons seemed not to deter protesters in Abuja, Lagos, Jos and other states where security forces had tried to disperse the protests with violence. There were videos shared to the platform of some of these men caught by protesters testifying to have been paid or expecting a very paltry sum of money to cause mayhem at protests.

With the protests successfully disrupted and the blanket of them being peaceful removed, it became easier to find any measure to “restore law and order”.

On October 20, at about 12noon, Lagos state governor, Babajide Sanwo-Olu announced a statewide 24-hour curfew that was to commence at 4pm. For a state that had been under gridlock traffic as a result of the protests in the few days prior, this was certainly not enough time for residents to find their way home in respect of the order.

At about 3:30pm, reports made it to Twitter of men dismantling security cameras at the Lekki Toll Gate where protesters had stayed put in defiance of the curfew and in hopes that the government would take that as a chance to listen and act especially since the SARS unit had been disbanded on October 11, 2020  for the fourth time since 2017.

As night fell and as people scurried home, the giant electronic billboard that illuminates the area was switched off and about 7pm, a footage that has circulated social media shows armed soldiers entering the area and directly firing at the protesters at close range as they sing the national anthem sat on the floor in chilling darkness.

Since Tuesday, several reports from various quarters have denied any involvement in the carnage. The Nigerian Army has branded accounts of that night as fake news saying that none of its officers was at the toll gate nor shot at protesters. In a series of tweets on its official Twitter account, the force refutes a report two days prior about what would eventually go down on October 20 at the Lekki Toll Gate. The viral video showing uniformed military men entering the arena and shooting has also been said to be a deep fake by the force. Protesters who were at the scene on that night have a very different account from what the military says.

Earlier, despite over 100,000 people watching a young man whom fellow protesters attempted to extract a bullet lodged into his right thigh give up the ghost on a Live Instagram feed from DJ Switch, the Lagos state governor in an address the morning after said no one had died at the toll gate and protesters who were in hospitals were only mildly injured even as he inadvertently confirmed the presence of military officers at the scene the night before.

The Lekki Concession Company (LCC) which oversees operations at the toll gate have also said the cameras removed were “analogue BOSCH tolling devices used to monitor transactions carried out in the toll lanes” and that “there was no instruction from ANYONE to remove the perimeter CCTV cameras”. It also said the power outage was due to inability to turn on backup generators since staff had been dismissed earlier in light of the curfew order. The ad agency that runs the giant billboard LoatsAD Promomedia, also said they had turned off the ad screens and sent staff home in response to the curfew announced by the government.

Whether these incidents were all individual events that just happened to have occurred in such sequential coincidence remains unknown and are things we must insist an inquiry into the events of Tuesday night uncovers. Governor Sanwo-Olu in subsequent addresses have said footage from the still installed security cameras will be used to investigate the events of Tuesday.

But even on the side of young Nigerian protesters and social media users, the two-week long protests have been severely affected by widespread misinformation in a bid to bypass state-owned or run media and preserve the events of the movement accurately and without bias.

There were claims the United Nations will wait out a 30day period before intervening in the protests. There was the photo of a young girl visibly grief-stricken whose image went viral accompanied by the story that she had lost three of her brothers to the SARS unit. There was the viral spread of the Nigerian military being bound by oath to not shoot at anyone donning the Nigerian flag as there was the image of group of Catholic bishops marching reportedly in support of the #EndSARS movement.

All of these claims have been vetted to be false.

A series of tweets from a family member has also refuted the manner of death of one of the wildly popular faces reported to have been shot at the toll gate, Oke Obi-Enadhuze.

Given the passions that have driven the protests since the start, pausing to verify information shared on social media took a backseat until it became problematic. Simple checks like verifying the origin of certain images or videos back to when they first appeared online or verifying a piece of information took a backseat and many became complicit in the spread of falsehood.

Misinformation remains a challenge social media platforms are continuously finding ways to rein in. For instance, in the course of the last few days, Twitter began ensuring that web links be read before they can be retweeted.

Given the events of the past two weeks, perhaps social media companies need to begin considering more in-app tools like an in-app image and video verification tool that addresses the immediacy and unbridled passions that often accompanies the use of social media especially during movements like this one.

President Muhammed Buhari has addressed the country and while there was no mention of the incidents at the toll gate on Tuesday, October 10, 2020, the general sense is that the protests have come to their end. At least for the time being and in the manner that they have been ongoing since October 8.

There were concerns that the protests would precipitate a shutdown of the Internet or a partial ban of social media platforms especially Twitter which has been central to the organisation and dissemination of user-generated information about the protests. Also consider the fact that asides being the village square for the protests, Twitter founder Jack Dorsey has personally been in support of the #EndSARS movement earlier tweeting donation links from the Feminist Coalition, sharing TechCabal’s analysis of the movement and going ahead to create a unique #EndSARS icon with the raised fist freedom symbol in green and white, the colours of the Nigerian flag.

Before Tuesday October 20, the Nigerian Army had announced it was beginning what it calls Operation Crocodile Smile VI, an end-of-year ritual with this year’s also dedicated to internet activities.

“The exercise is deliberately intended to be all encompassing to include cyber warfare exercises designed to identify, track and counter negative propaganda in the social media and across the cyberspace,” the statement read.

Last year, an anti-social media bill was brought to the legislature quickly scaling second reading. Both the creator of the bill and sevel lawmakers said the bill was a means to curb the spread of  “deep-seated prejudices” hampering the unity of the state as well as the spread of fake news and misinformation.

While the bill was shut down at a public hearing earlier this year, the events of the past two weeks might become even more incentive to push for its adoption to curb any expression of displeasure over the manner in which the country continues to be run in a supposed democracy. It is also unclear what measures the military’s cybersecurity operations under Crocodile Smile VI may look like.

Whether this becomes a reality is a fact only time can tell but what is certain is that it is going to be costly for a country whose GDP is expected to shrink by 5.4% by year ending according to the International Monetary Fund.