SEC vs Chaka: Regulation may be coming to Nigeria’s investment-tech platforms 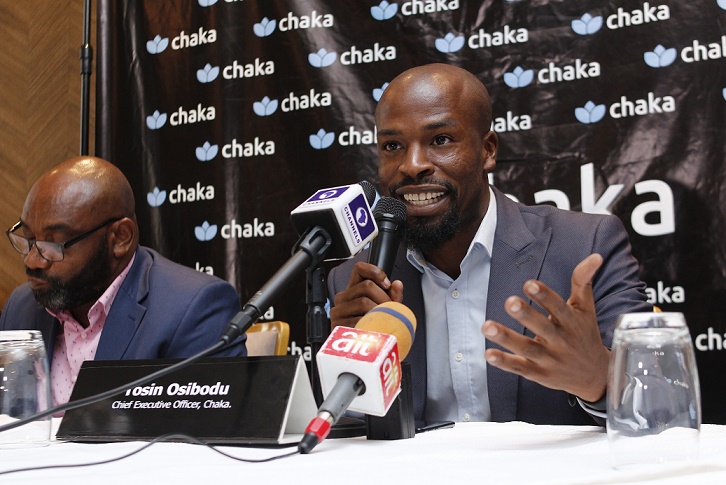 The consumer side of Nigerian fintech is full of new activity. Digital lenders offer loans in minutes, cryptocurrency first-movers abound, and startups are helping users invest in reliable financial assets.

In particular, the investment-tech sub-sector has appealed to many who feel uncertain about Nigeria’s economic trajectory. Millennial Nigerians have become serious about structuring and insuring their future wealth against the naira’s volatility.

One way to do this is to trade on stock markets through one of the app-based micro-investing services launched over the last 20 months. We wrote about Rise and Trove some months ago.

Chaka is one such platform. Founded in January 2019 by Tosin Osibodu, with Olaolu Ajose as the chief technology officer, the startup bills itself as an “investment passport” for users.

With $2 (₦1,000), anyone with an internet-enabled smartphone can sign up. Users browse through shares of over 4,000 companies publicly listed on the Nigerian Stock Exchange (NSE) and stock exchanges in the US.

Transaction fees apply but Chaka has a page with a dedicated calculator to guide users through the process, including a breakdown of where the fees go.

Trove and Bamboo (another startup in this space) operate in basically the same way. Like these two, Chaka specifies that it does not offer investment advice to users. Users decide on their own what stock to buy or sell.

These startups provide users with investment opportunities by partnering with brokerage firms licensed and recognised by the Securities and Exchange Commission (SEC), the regulator overseeing capital markets in Nigeria. In Chaka’s case, the brokerage partner is Citi Investments Capital Ltd, a Lagos-based firm.

But the SEC has taken issue with Chaka. On the 19th of December 2020, the regulator published a statement that effectively bars the startup from offering its core services in Nigeria.

According to the statement, Chaka has been operating “outside the regulatory purview of the Commission and without requisite registration, as stipulated by the Investment and Securities Act 2007.”

Ordering Chaka to stop advertising to users, the SEC said, is part of its mission to prevent “unscrupulous actors” from harming the investing public.

Part II of the Investment and Securities Act (ISA) 2007 describes the SEC’s functions and powers.

It includes registering and regulating securities exchanges, capital trade points, and “any other recognised investment exchange” and to “act in the public interest having regard to the protection of investors.”

In July 2020, the Nigeria Stock Exchange published a draft document containing proposed rules for collaborations between fintechs and brokers. The rules, which do not yet have the force of law, do not mention any mandate for fintechs involved in such collaborations to be registered.

Instead, the broker appears to bear major responsibilities to ensure the collaboration is in the best interest of users.

This is partly why Osibodu, Chaka’s CEO, tells TechCabal that the SEC’s statement came as a surprise to them. He believes Chaka has always had good communication with the people at the SEC and at the Central Securities Clearing System (CSCS).

He also believes Chaka played a part in the rally that saw Nigeria’s stock market rise 45.7% in 2020 to rank atop Bloomberg’s list of the world’s 93 best-performing equity indexes.

Chaka sent out a clarification to its users and stakeholders to assure them of the safety of their investments following SEC’s order. Osibodu hopes the matter will be resolved soon but expresses concern that events of this nature could negatively affect consumer trust in financial markets.

One reasonable read of the SEC’s intention suggests they would like to directly regulate Chaka as a player influencing how users interact with capital markets in Nigeria.

Users who sign up on Chaka, Bamboo, and Trove to buy and sell stocks deposit their funds directly to SEC-licensed dealing members. But in providing the technology that grants users access, investment platforms can be said to be active participants in defining user behaviour in capital markets.

It isn’t clear to Osibodu that the ISA of 2007 applies to technology companies like Chaka, based on how trading actually happens on the platforms.

He says conversations have been going on to create adequate regulation to govern the emerging industry, but nothing definite has come up.

“For us, the regulator absolutely has a justification to be interested. It’s just to ensure the engagement is one that protects consumers and their trust,” he says.

No startup likes to be called out in public, especially when it isn’t clear they have done something wrong. But Osibodu wants to look on the bright side, seeing this as an opportunity for every player in the investment-tech community to clarify what the rules of engagement should be going forward.

SEC’s tribunal on the matter reconvenes on the 15th of this month and Chaka hopes a resolution will emerge on or before that date to make this go away.