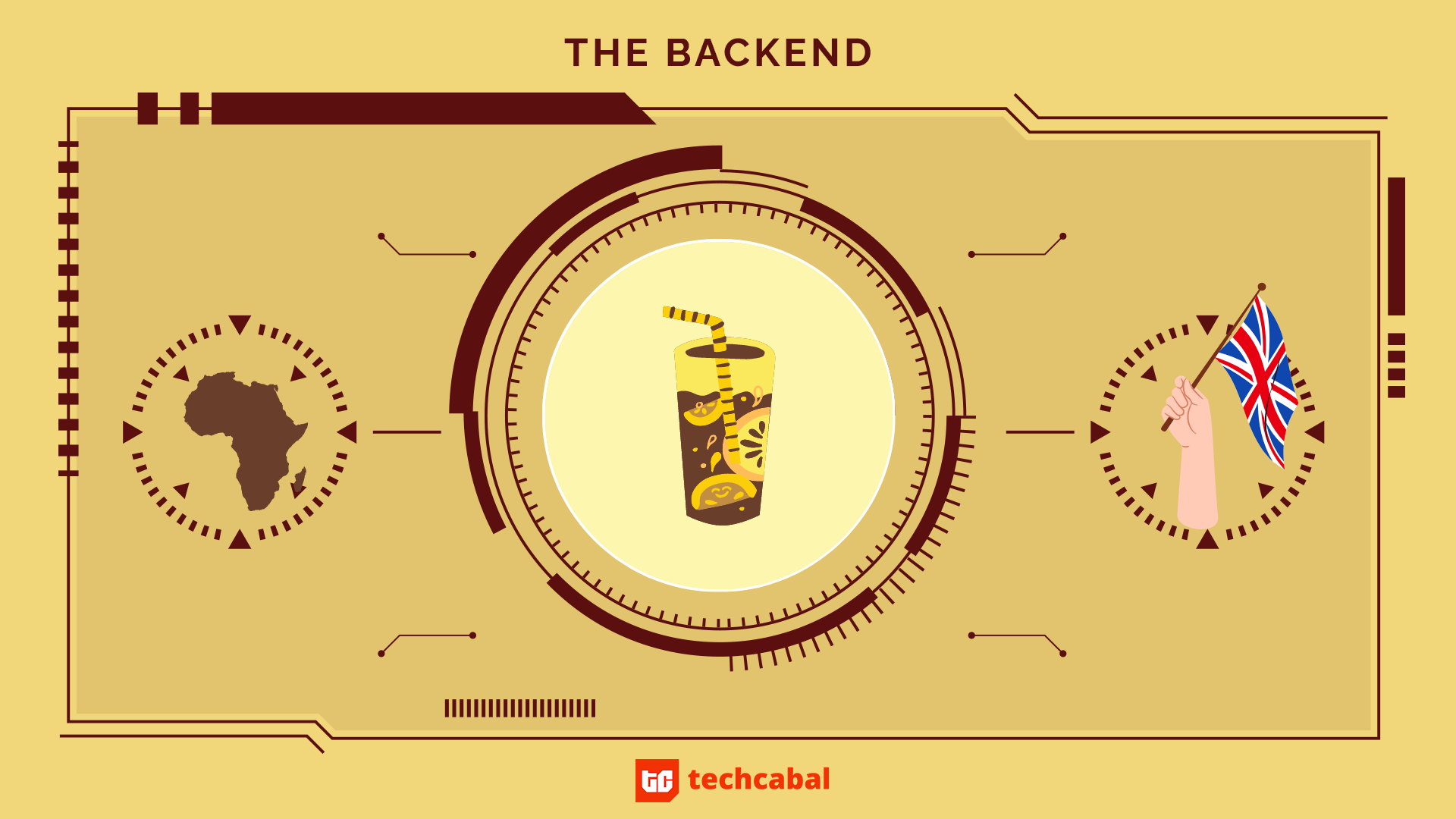 Africa, here is your Lemonade... for money transfers to the world | Art design by Celeste Ojatula/Big Cabal Media.

The BackEnd explores how tech products are built in Africa, highlighting uniqueness, user behaviour assumptions, pilots, pivots and challenges during the product cycle. A new edition every other Thursday.

Before becoming Director of Operations at ORide in 2019, Ridwan Olalere had been around Nigeria’s startup scene for a few years, taking note of big problems.

He was the fourth senior engineer hired during Flutterwave’s very early 2016 days. It was a great perch for gaining insight into Africa’s untapped e-payments landscape.

In October 2020, Olalere took the leap from operator to founder. He left Uber as a Country Manager for Nigeria to start Lemonade Finance, “a borderless money app for Africans.”

When you consider his undergraduate foundations in aeronautical engineering, it appears Olalere has always had a thing for moving valuables over long distances. At Uber he helped people move around Lagos and Abuja. At Lemonade, he wants to move money from Africa to the world.

But why Lemonade and why now? Why does Africa need another ‘borderless’ money app in 2021?

I have not had a need to send money to Europe. I have no family or dependents there. But Nigerians with children schooling in the UK and other parts of Europe often need to pay school fees or send upkeep money.

Those with second homes in these countries may also want to fund overseas bank accounts for other purposes.

Olalere adds one use case: “You have a Piggyvest or Risevest account and want to withdraw the money to use it in Europe. What do you do?”

At the moment, there are not many options for satisfying these needs. If you Google “Nigeria to Europe transfers” and visit this clickbaity result, you’re going to be disappointed:

‘Unfortunately, we are unable to make transfers from Nigeria to Europe at this time.’

But Lemonade says ‘Um… actually we can’. The app was launched in October 2020 and rransfers to Kenya, Ghana, the UK and banks accounts in Europe have been added.

The big promise? The transfer will reflect in two to five minutes, not business days or weeks.

It is easy to sign up for a basic Lemonade Finance account. Inputting my house address was about as vulnerable as I felt. No bank verification number or government-issued ID was required.

To fund a Lemonade wallet, the app generates a virtual bank account which the user transfers money to from their naira bank account or fintech app.

When a user wants to transfer money from their wallet to a foreign account, Lemonade does the currency conversion. In addition to inputting the destination bank account, a sort code is needed. Receiver does not need to download Lemonade; it goes into their bank account.

To be sure, the Lemonade account I describe above is an entry-level one with a ₦50,000 limit on amounts that can be sent. As with most fintech apps, Lemonade invites users to upgrade their account by adding more KYC details.

But instead of relying on BVN (the go-to KYC tool for startups until recently), Lemonade uses third-party identity verification from companies like Jumio and Onfido. The latter is used by Revolut, the UK digital bank.

Normally, this verification process requires the user to take a picture and upload a government ID. Olalere says it is as efficient for KYC purposes as using BVN.

What’s the tech in Lemonade?

All of Lemonade’s stack is in golang, the open source programming language developed by Google.

“We built out these parts of the app ourselves, most of it in one AWS container,” Olalere says proudly.

Lemonade’s Android and iOS apps were built in-house by a team of 4 backend engineers, 3 mobile developers and 1 infrastructure engineer.

Regulation has been a recurring subject in Nigerian fintech in the first half of 2021. The Central Bank of Nigeria has been especially vigilant against services that move currencies in and out of the country.

Lemonade is a remittance business squarely within CBN’s purview. But Olalere believes the regulator’s focus is to stop bad actors. “We keep dialoguing to make sure we are compliant.”

He says Lemonade Finance is licensed in Canada as a money service business and has necessary license coverage in the US, UK and Europe to enable Nigerians to send money to bank accounts in those countries.

Lemonade has a license partner for inflows into Nigeria. Why not a direct license from the CBN?

“It’s about time and cost. If you want to get up and running quickly as a startup, you don’t want to wait six to eight months for a license if you can partner with someone who already has it.”

In any case, this licensing partnership does not mean Lemonade depends on the partner for technology. The partner’s technology downtimes will not affect the startup.

It’ll probably not take long before competitors emerge in Lemonade’s Africa-to-Europe money transfer space (we might hear of ‘Grape Finance’ or something soon). How will Olalere’s team stay top of mind with existing and prospective users?

“A good cross-border product delivers on time. Our delivery is instant, never next day. We keep working on new rails and we ensure uptime is really high if you want to use it in the middle of the night.”

It’s a bold promise, premised on the capacity of a team assembled from Flutterwave and OPay. Lemonade’s growth comes down to them bringing all that expertise to bear and perhaps hoping the CBN stays off their backs.